Frederic Raffray was paid £66,000 compensation after he took the States of Guernsey through an employment tribunal, after he was unfairly dismissed from his role as Crown Advocate.

Mr Raffray was employed by the States from May 2000 up until his dismissal on 10 December 2019.

He argued that his dismissal had not followed any form of process and was without good reason. The States withdrew any defence of these claims and the Tribunal unanimously found that “on the balance of probabilities” Mr Raffray had been unfairly dismissed.

The proposed reasons for his dismissal weren’t published in the written judgement. 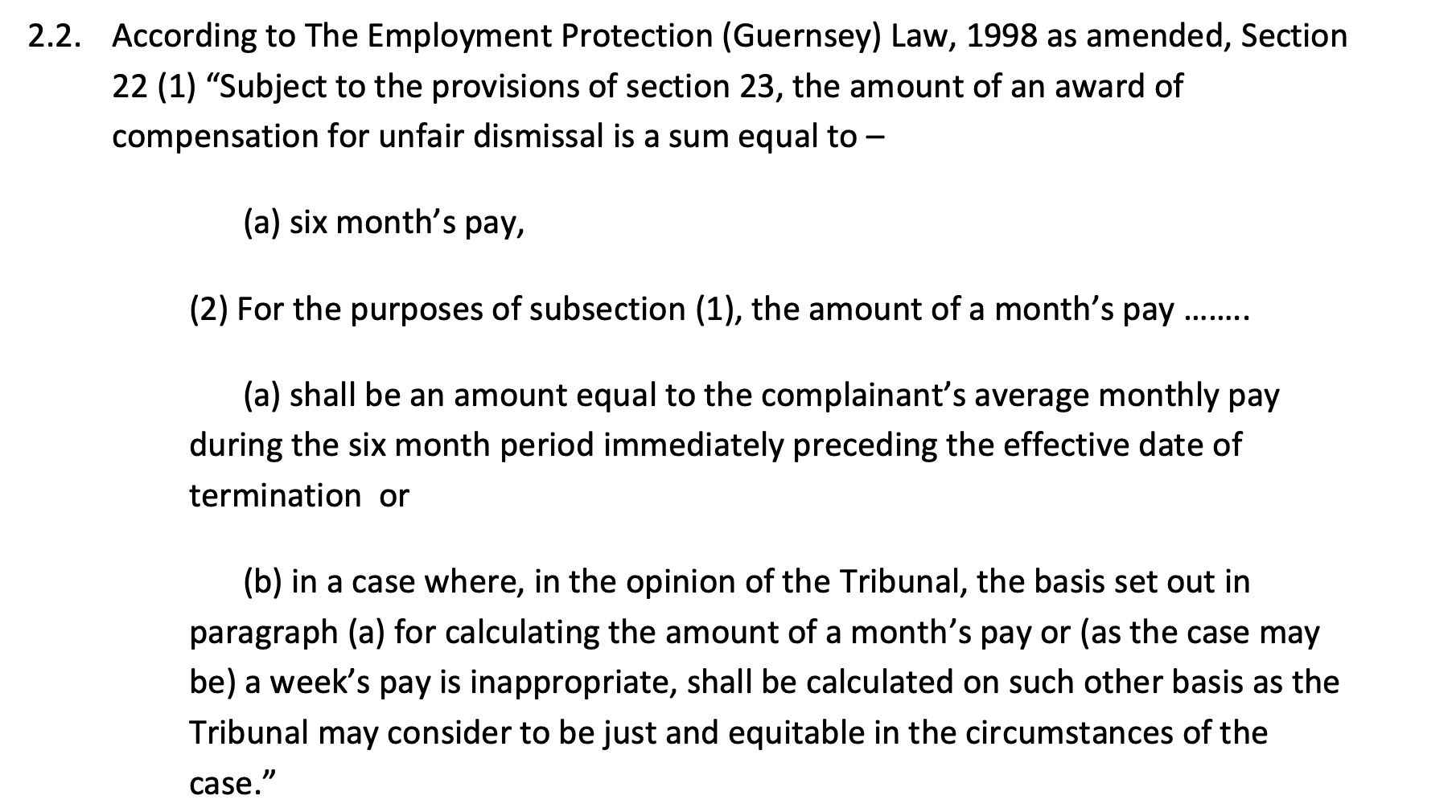 Pictured: The law stipulates a specific payout when somebody has been unfairly dismissed.

Mr Raffray was awarded six months’ pay as compensation, however argued that employer contributions should also be included in the calculation.

This position was resisted by Advocate Emily Bamber, who represented the States of Guernsey. It was decided that because the payments from the States as an employer went to a third party, and not directly to Mr Raffray, they couldn’t be classed as ‘pay’.

The Tribunal agreed that the States pension contributions shouldn’t be included within the award.

The Chair of the Tribunal, Paula Brierly, published the decision in a written judgement.

“In relation to the claim of unfair dismissal, having considered all the evidence presented and having due regard to all the circumstances, the Tribunal found that, under the provisions of the Employment Protection (Guernsey) Law, 1998, as amended, on the balance of probabilities, the Applicant was unfairly dismissed and therefore an award of £66,094.50 is made.”