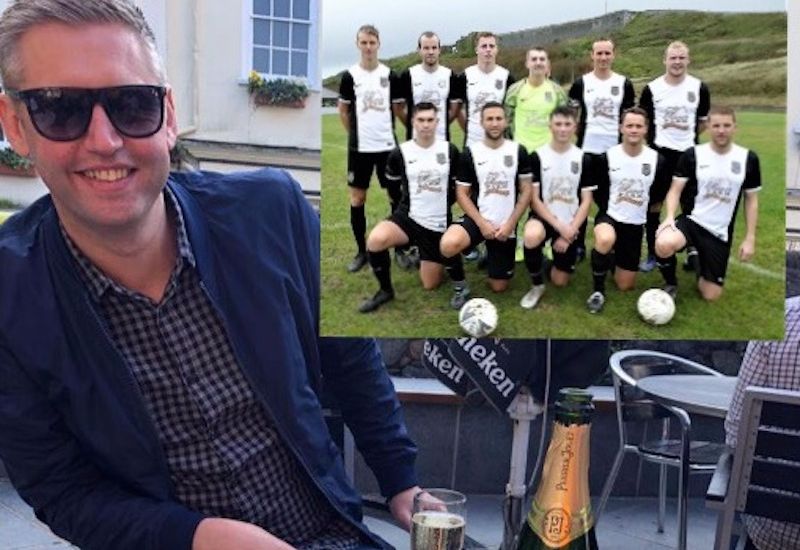 Some of the Bailiwick's football teams took time to honour the memory of a patriotic Guernsey fan this weekend, after he passed away aged just 36.

Known to many of his friends as 'Smaler', he was a huge football fan. Leed's United were his favourite club, while he was a vocal supporter of Guernsey especially in the Muratti finals against Jersey.

This weekend, St Martin's AC led the way with the Saints' Priaulx League side wearing black armbands in their games against Alderney on Saturday and Rovers on Sunday.

A minutes applause before kick off for Dan Smale. Our thoughts are with his family and friends

Mr Smale passed away last week, with his family announcing his death saying he had fought his disease with "courage, good humour and generosity."

Among those paying tribute to Dan from further afield were members of his beloved Leeds United family - after he made friends on a trip to Australia earlier this year to see the 'Mighty Whites' in action.

Former Leeds player Tony Dorigo was among the professionals he met on that tour.

Met this wonderful guy on the #LUFC Tour Down Under. Sadly yesterday he lost his fight against illness. His attitude and positivity were an inspiration, my sincere condolences to Sam and family x pic.twitter.com/WKh2jPEMA9

Mr Smale's funeral is being held this coming Friday at St Martin's Parish Church at 11:00. There is expected to be a large turnout so those attending are asked to write down their names, any relationship to Mr Smale, and the names of anyone they are representing, to hand to an attendant at the church doors.

Parking will be available at St Martin's Community Centre and in the nearby field, weather permitting. There is also a gravel car park behind Vets 4 Pets, entered from Les Merriennes, which has been made available for use.

Donations to the Palliative Care and Community Nurses can be made at the church or to the Guernsey Society for Cancer Relief via Mrs S Butler, Meldrum Way, Braye Road, Vale, GY3 5PR.