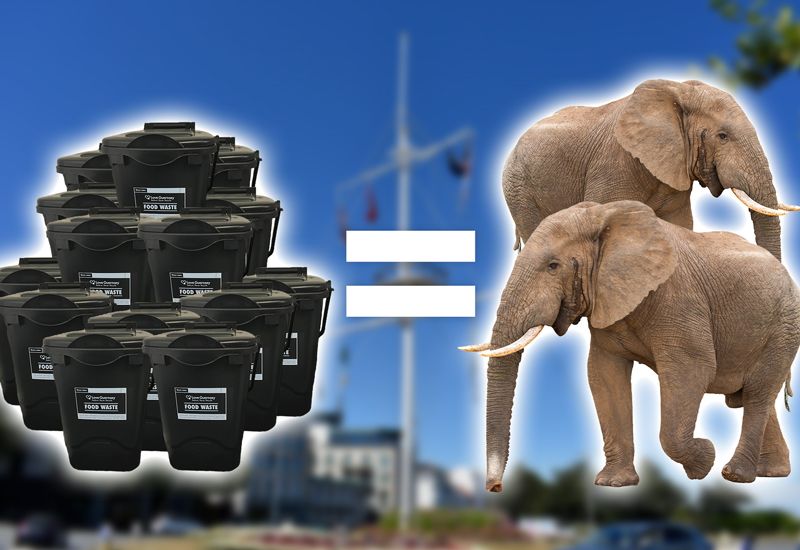 The amount of food waste collected from households each day is equivalent in weight to two elephants, Guernsey Waste has said as part of its 'Food is Not Rubbish' campaign.

The new promotional activity will highlight just how much 'good food' is currently being thrown away, which items to look out for, and how to waste less.

For example, it is estimated that if all the bread thrown away in Guernsey every day was stacked up, it would be seven times the height of the weighbridge roundabout mast. And the amount of food waste collected from households each day is equivalent in weight to two elephants - or around 9.5 tonnes.

It is estimated that good food which ends up in the bin is costing the average family as much as £800 annually.

Pictured: Some of the messaging that is being shared by Guernsey Waste as part of its new campaign.

Much of that could be saved by taking some fairly simple steps such as meal planning and making better use of leftovers, according to Guernsey Waste Prevention and Recycling Officer, Tina Norman-Ross.

“These are simple behaviours, but they really are at the heart of reducing food waste, and saving money,” said Mrs Norman-Ross.

“During the lockdown locally, a lot of islanders will have been more conscious about the way they shop, and what they were buying. 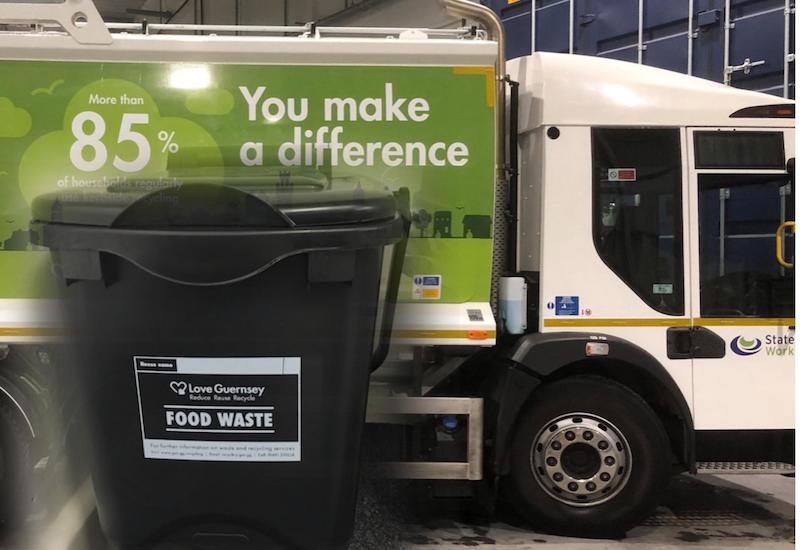 Pictured: The introduction of kerbside recycling has increased people's awareness of just how much food they throw away, according to Mrs Norman-Ross.

“That simple planning is the secret to wasting less. You buy what you need, and make sure you eat what you buy. And that is the mantra for the Food Is Not Rubbish initiative.”

Potatoes are now the most wasted food, with as many as one in five that are bought ending up in the bin. Next comes bread, then leftovers from prepared meals like casserole or curry.

The main reasons are that the food was not eaten in time, or too much was cooked.

Pictured: Thousands of people locally use the Olio app to try to cut down on food waste.

“Last year we collected more than 3,100 tonnes of food waste, just from households, and it is not all eggshells and vegetable peelings," said Mrs Norman-Ross.

"Most of it was perfectly good, had it been eaten in time, or if the right amount had been cooked.

“Now we have separate food collections, islanders can see for themselves how much they waste, and are starting to appreciate how much it is costing."

As part of the Food Is Not Rubbish campaign all households will receive a leaflet, to highlight the www.lovefoodhatewaste.gg web page. That provides links to lots of advice and handy tips for reducing food waste. It will also be promoted through social media, and in local retailers.