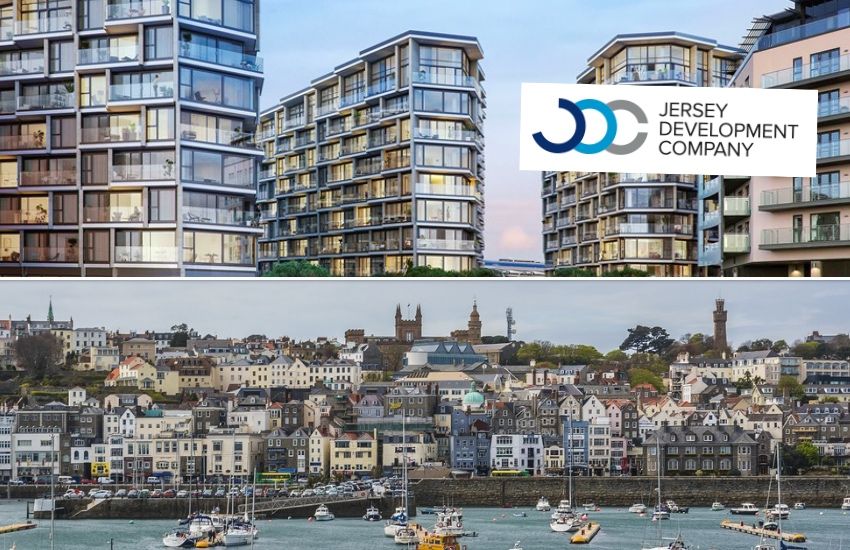 The States' Assembly supported proposals from the Policy & Resources Committee for a development agency in April of this year. The agency will have a limited company structure with the only shareholder being the States.

As previously reported, the intention is for the agency to control various public lands on Guernsey’s east coast from the bathing pools at the southern end of St. Peter Port up to the Bridge. It will have a large remit for projects in this area.

It will also have an independent board of directors operating at an arm’s length from the States.

This is not a revolutionary concept for the Channel Islands. Jersey has been using a similar scheme to develop land in St. Helier for many years.

The Jersey Development Company (JDC) was established in 2011, replacing the Waterfront Enterprise Board (WEB), which was set up by the States of Jersey in the 1990s to develop reclaimed land to the south of St. Helier.

The WEB was independent from government and delivered the initial development masterplans for the area – as well as successfully developing housing at Victoria and Albert Pier and the offices of Maritime House. 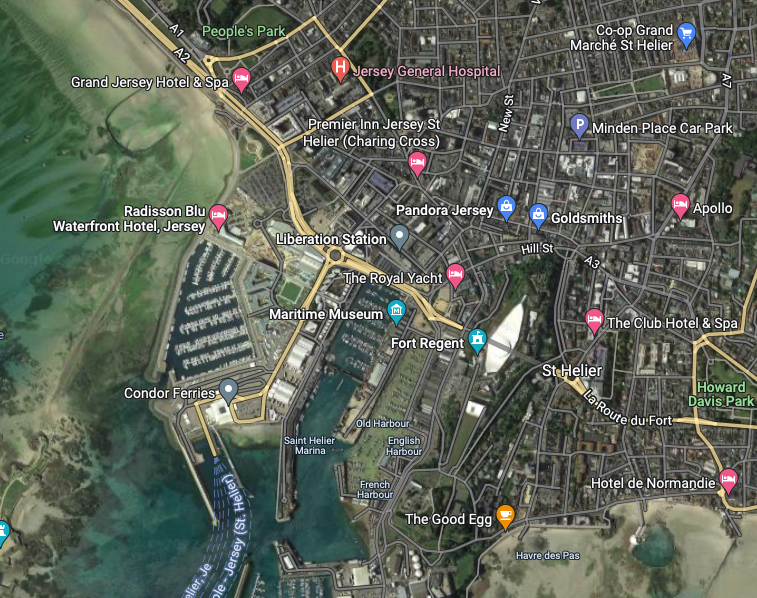 Pictured: Development in Jersey is heavily focused on the southern part of St. Helier.

The Board was also less directly involved with hotels, retail spaces, offices and further residential units on the seafront.

Prior to the establishment of JDC, Jersey’s government commissioned a report into the WEB, authored by real estate company DTZ in 2010.

They found that “the public perception of WEB is that it has not performed well in the delivery of its mandate, that the Waterfront lacks a coherent vision, the delivery of completed developments has been too slow, and many buildings are poorly designed”.

The report also identified “inappropriate intervention in some of its operational and commercial dealings by the States' Assembly and a political process which produces slow decisions”.

The establishment of JDC sought to alleviate the issues inherent within the WEB. The States agreed that the new Company should have a clearer focus on property development and greater political accountability. Jersey injected an initial £20million into the Company.

The first major development touted by JDC was to create a finance business park on the Esplanade. The proposals earmarked the area for up to six buildings, providing over 400,000 square feet of prime Grade A office space, along with some provisions for retail units.

Spades were in the ground to create the International Finance Centre Jersey by the second quarter of 2015, with the first building – IFC 1 – completed in March 2017. 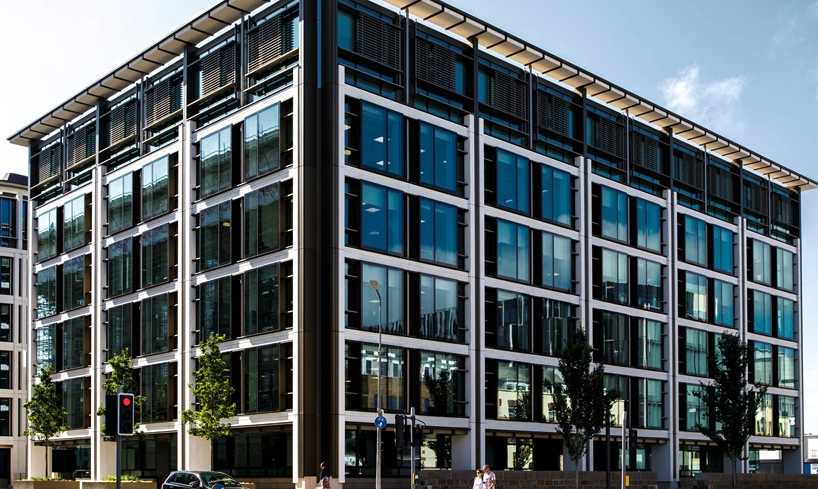 IFC 5 soon followed, finishing construction in August 2018. IFC 6 is currently under construction, whilst planning permission was granted for IFC 2 in June 2020.

The buildings are constructed to an ‘excellent’ BREEAM rating for sustainability, and the intention is that IFC 2 will be the first ‘outstanding’ sustainable building delivered in Jersey with that accreditation.

But the project was not immune from controversy. Just six years into its operations, a scrutiny report found that “the conditions to be met before [JDC] can commence a development are open to interpretation and should be clarified to bring certainty to all parties”.

It also suggested that the company and its political representatives “at best, stretched the conditions to enable development to commence”.

Public protests occurred at early stages of the IFC 1 development, escalating it to a significant political issue. People were largely concerned with the use of public funds for the project, and then Chief Minister Senator Ian Gorst faced calls to resign. 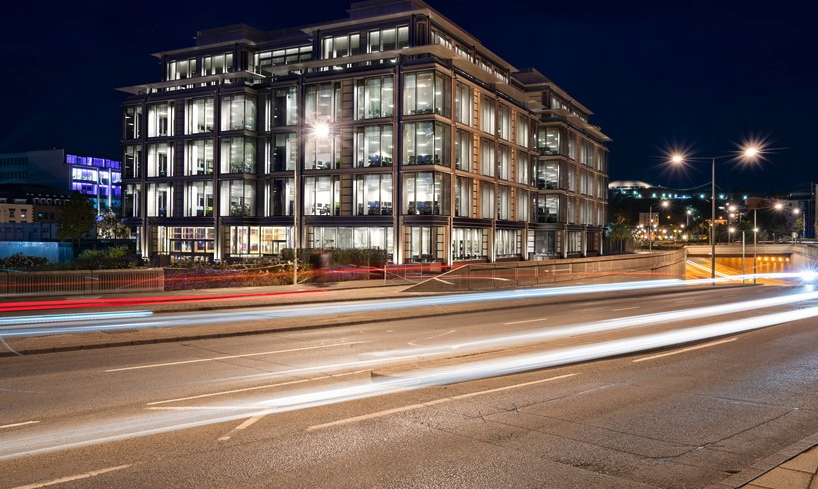 Pictured: IFC 6 is currently under construction, and will be the third building delivered at the International Finance Centre Jersey. Credit: Jersey Development Company.

A 2020 report into JDC by Jersey’s Audit Office highlighted that senior managers at the Company received a 5% share of surplus profits after the sale of IFC 1. This occurred without government approval.

The reviewer also found that political oversight of JDC was not sufficient, formal systems lacked clarity and its political steering group failed to meet and did not function as intended.

It suggested that the government needed more clearly to assess and report the benefits of JDC initiatives to the taxpayer. 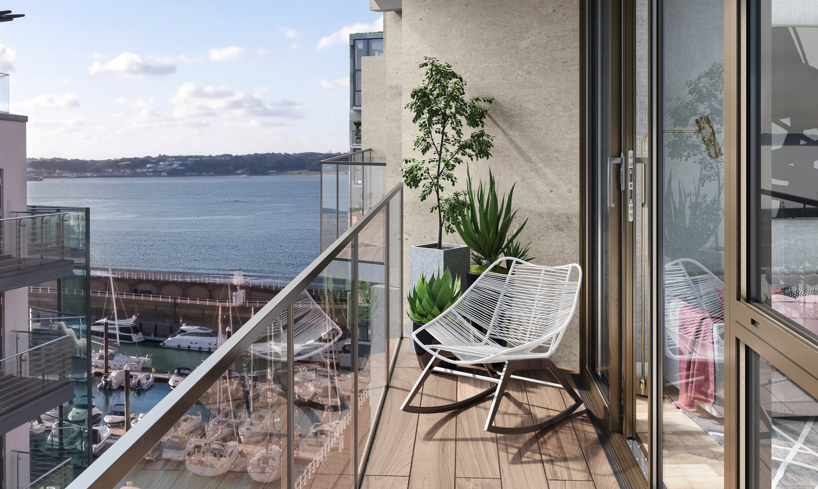 To date, JDC has completed one residential development – College Gardens – built on the site of the former Jersey College for Girls. It has provided 187 apartment units of varying bedroom numbers since it was completed in June 2019.

Another development is currently under construction next to Elizabeth Marina. Horizon promises to provide 280 apartments and extensive retail and restaurant space by 2023. JDC says that the project will “set a new standard in luxury waterside living”.

A plan to build 153 apartments at South Hill – the site of former Planning Offices – was rejected by the Planning Committee. JDC must now review and re-submit its application for this project.

Most recently, JDC submitted official plans for the Waterfront Leisure Complex site which it purchased for over £15million in 2018.

If approved, the site will be completely overhauled with 1,000 units of accommodation, new offices, shops, restaurants, public spaces, parking, and entertainment. 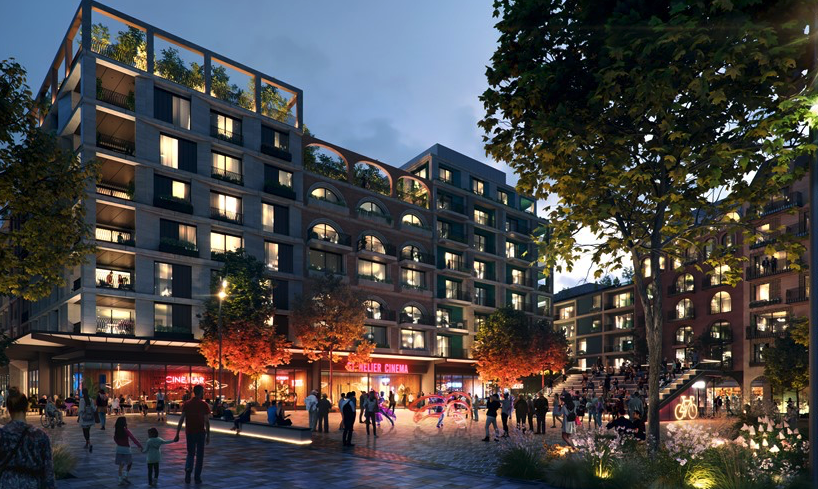 Both the Waterfront and South Hill proposals earmarked 15% of their units for affordable housing. There were also political attempts to increase this allocation.

Senator Sam Mézec of Reform Jersey unsuccessfully tried to increase the minimum percentage of affordable units, initially proposing that 30% should be affordable. He later revised this demand to 50% of homes.

What next for Guernsey?

Many of the technical details are still to be decided for Guernsey’s east coast development agency. Further States’ debates are awaited to clarify its accountability to the States' committee structure and establish a policy for the transfer of public land along the coastline.

A political oversight board has been selected – comprising Deputies Peter Febrache, Neil Inder and Lindsay de Sausmarez. Their first tasks are to recommended board members for the agency to the States and to ensure the long-term plan of the agency corresponds to government policies.

But the oversight board will have limited ability to intervene in the work of the agency. As seen in Jersey, concerns were raised before the creation of JDC over the level of political interference into an organisation designed to operate at a distance from government.

However, Jersey’s experience also shows that a measured balance between enterprise and oversight should be struck and maintained early on to ensure public confidence in the agency. 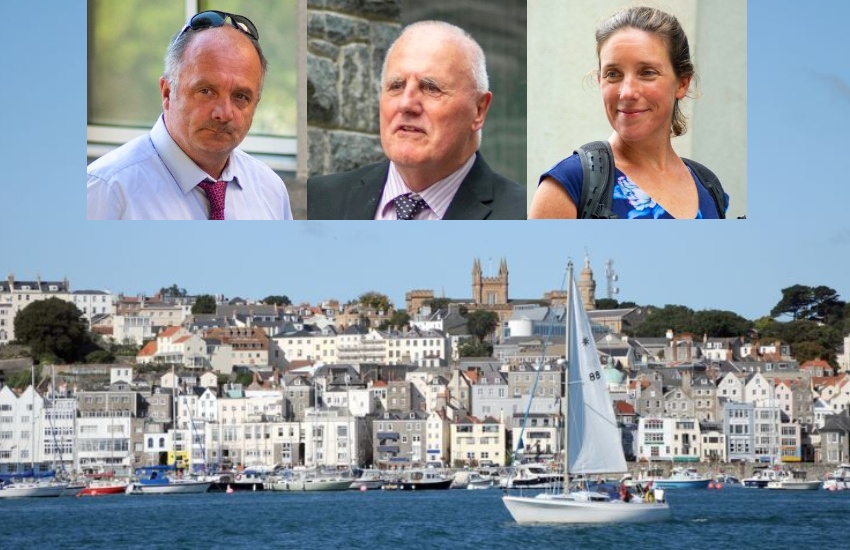 A publicly backed yet politically independent development agency blurs the line between the public and private sectors. Since the agency is supported by government, it could dilute the competitiveness of the property market.

Returns on property developments will undoubtedly be influenced if the agency does not need to purchase land in the first place which it develops.

This political term has already seen debate develop over planning policy GP11, which requires developments over 20 units of housing to allocate a percentage to affordable housing.

Some politicians, such as Deputy John Dyke, are strongly opposed to aspects of GP11, arguing it discourages private development. But more recently, the President and Vice-President of the Development & Planning Authority indicated that no substantial changes to the policy are imminent.

Perhaps the overriding lesson of Jersey's experience is that large scale development, especially of iconic locations, is controversial and contested, and if Guernsey's politicians are really going to see it through they better have their tin hats ready and not to be too sensitive to the challenges bound to come their way soon.