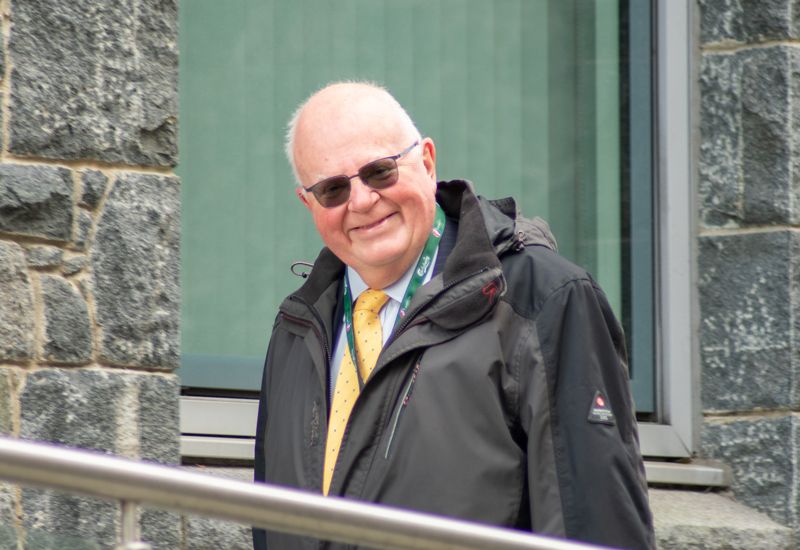 12 weeks have passed since a Code of Conduct panel recommended Deputy Chris Le Tissier's expulsion from the States for offensive tweets using a pseudonym. With a drawn-out appeals process and two States Committees under-represented for months, Express investigated how the disciplinary process came grinding to a halt.

Both of his principal committees agreed - with Deputy Le Tissier's consent - that the recommendation of expulsion was so serious that he should step aside from committee work while the process unfolded.

This has meant that both Home Affairs and the DPA have been operating with just four members since 5 March. However, Deputy Le Tissier's place in the States of Deliberation, voting rights and public-funded salary have been unchanged.

In the absence of having a process to follow, the subject of the expulsion recommendation - Deputy Le Tissier - and his political colleagues were handed the responsibility to decide how the judgment-in-waiting was applied to his States mandate in the meantime. 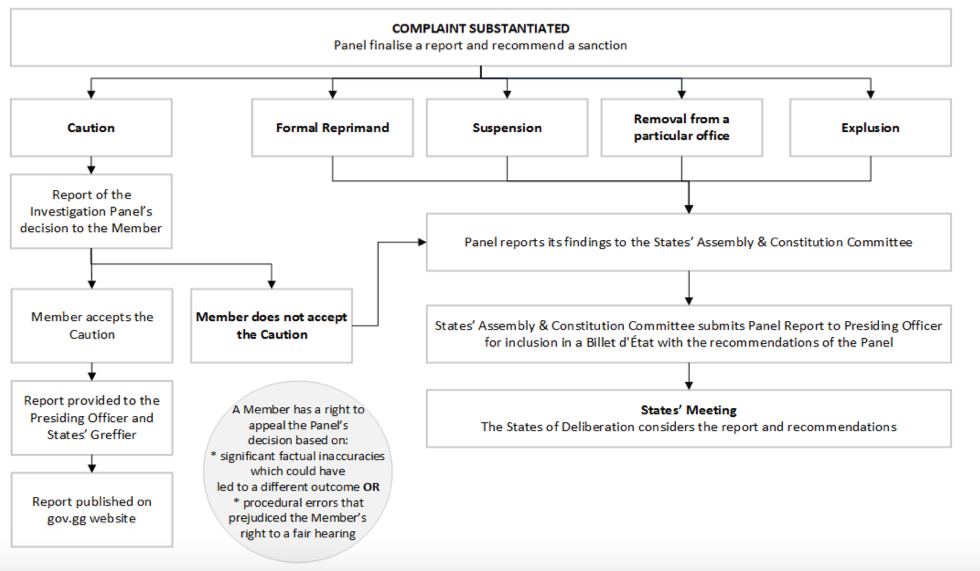 Pictured: Deputy Le Tissier was able to appeal the panel's decision on the basis of "significant factual inaccuracies" or "procedural errors that prejudiced the Member's right to a fair hearing". It is understood that the Bailiff Richard McMahon presided over whether or not to allow the appeal and a new panel subsequently formed to hear it.

The original panel concluded that Deputy Le Tissier has breached six sections of the code governing politicians' behaviour and should be thrown out of the Assembly.

With the report completed, it was handed over to Sacc to distribute to the rest of the States for debate at the next scheduled meeting. It was also published on the States website on 27 March before being hastily pulled.

Deputy Le Tissier was not given the opportunity to exercise his right to appeal which, as it transpired, had no deadline attached to it.

Information that was still, at that point, confidential and off-limits was actively shared with the public, apparently in ignorance of a right to appeal that was unlimited in its duration.

This staggering breakdown in process was caused in part by an oversight of the previous States when it updated the Code of Conduct last summer. It is an issue that needs to be urgently addressed and appropriate revisions made if Guernsey's politicians are to have a disciplinary process that is fit-for-purpose.

When the errors came to light, members of Sacc were told in no uncertain terms to shred their copies of the report that detailed the Code of Conduct Panel's investigation and its recommendations. As one member remarked, it was not possible to unread the report. 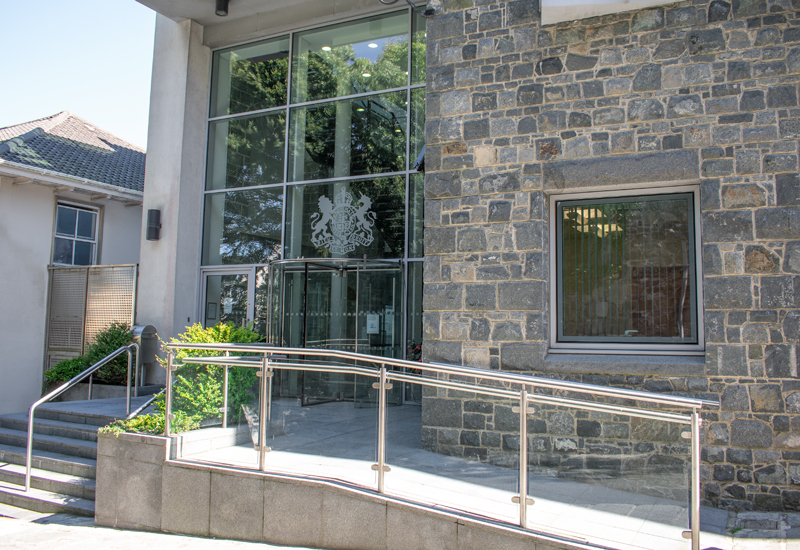 Pictured: Usually, journalists and members of the public have to go to the Royal Court building to either read the finalised Code of Conduct report or purchase a copy to take away. On this occasion, it was published online in full.

A prepared statement from Sacc then stated: "The States’ Assembly & Constitution Committee has been notified that it is the intention of Deputy Chris Le Tissier to appeal the outcome of the recent review of the independent Code of Conduct panel. The Committee has therefore decided not to take any further action until the appeal process has been followed."

Shortly after the report was published online, a representative for the Conduct Panel apologised to Deputy Le Tissier.

"Because of a procedural error, the Investigation Panel erroneously forwarded its report to H.M. Greffier, put it on the States’ website and notified the media of its existence," they admitted, before adding: "the matter became public before it should have done."

Deputy Le Tissier signalled his intention to appeal in a written statement to media. He said he would not take interviews as he was consulting with his advocate for a legal challenge and had submitted a Subject Access Request "to enable me to understand why the panel has handed down such a disproportionate and draconian penalty."

One month passed before Deputy Le Tissier, again via prepared statements, confirmed the submission of his appeal. It is believed the delay is linked at least partially to the time taken for his Subject Access Request to be fulfilled. 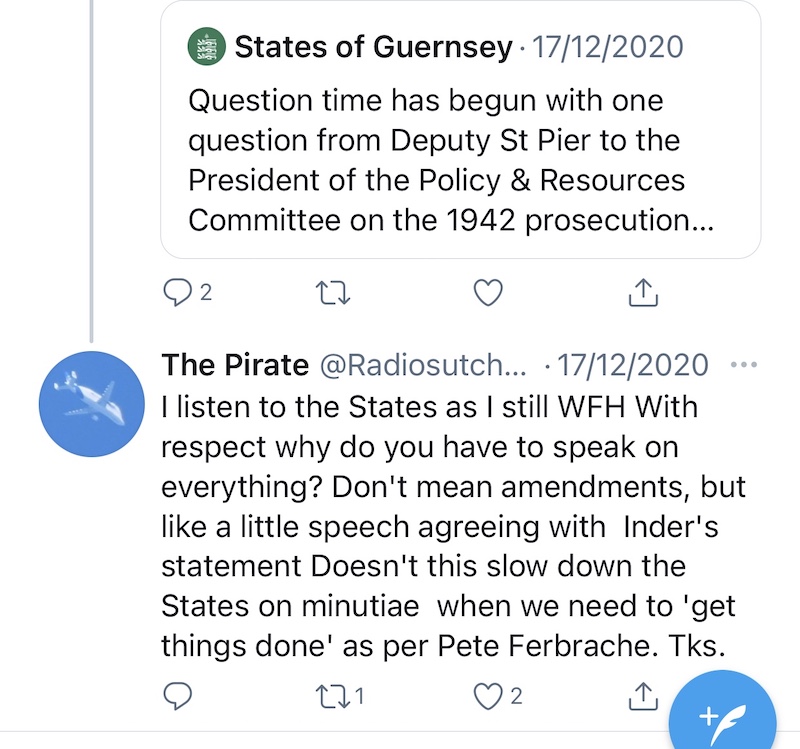 With no deadlines stated in the Code of Conduct, Deputy Le Tissier was technically at liberty to spend as much time as he deemed necessary before lodging his appeal.

Almost eight weeks have now passed since its submission. Express asked, more than once, for the Code of Conduct Panel to confirm the Bailiff had permitted the appeal to take place, with no reply.

Other factual clarifications have been sought, including a request for confirmation that a second Code of Conduct Panel had been convened to consider the appeal and, if so, when.

In the matter of Radio Sutch, there has been only radio silence

Failing that, Express sought confirmation that there was an ongoing appeals process. The result is an information vacuum into which the issue has been pulled.

With no confirmation of proceedings from the panel's civil servant representatives, the waiting game for committee colleagues, States members and an interested electorate has proved almost interminable.

Contacted for comment by Express, DPA President Victoria Oliver said the delays have made the situation "uncomfortable" and have left her political board under-represented.

"It's very unfortunate - I think this matter should have been concluded much swifter than it has." Her board does not know whether it will be working with Deputy Le Tissier again. The uncertainty has "hung over" the States, she said, and has been unfair to all involved.

"Every deputy has to make sure they conduct themselves in a way that is appropriate," she emphasised. "But whatever [the next report] states, it has taken way too long and we still haven’t had the vote for it." 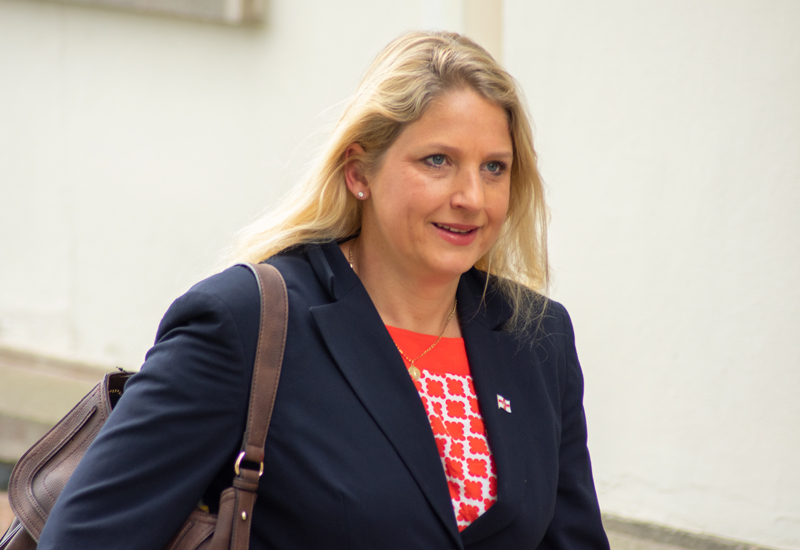 Pictured: Deputy Oliver answered questions from Express about the time the process has taken and the effect on her committee.

Home Affairs President Rob Prow said the committee has been running a man light for a lot longer than expected.

"What the Committee for Home Affairs is looking for is a ruling on the conduct of Deputy Le Tissier and the severity of it. It is right and proper that it is done independently."

The original recommendation of expulsion is uncharted territory for the Code of Conduct Panel and has not escaped political analysis.

Some deputies have privately questioned the membership of former politicians and political candidates among the volunteer panel members. Another suggested to me that the original panel has been deliberately politicised to undermine its response to Deputy Le Tissier's behaviour.

Meanwhile, Deputy Oliver said the question of consistent decision-making was imperative and had to be looked at.

"There needs to be sentencing guidelines," she suggested.

Pictured: Upon taking office, States members were given a comprehensive presentation on the Code of Conduct and the standards of behaviour expected from the island's elected representatives.

In recommending Deputy Le Tissier's removal from the States, the original panel exercised its greatest punishment. However the panel is designed by the States as a guide to behaviour, rather than an enforcer of malpractice. Its recommendations are not binding.

The new recommendations, following the appeal, will eventually be debated by the States. Express understands it could yet happen at the next meeting in July - clashing with Education's proposed reorganisation of schooling - or it takes place after the summer recess, in September.

A serious and meaningful debate into the standards expected from our elected representatives has been defused and the consequences potentially softened by time.

The original recommendation was a serious response to duplicitous behaviour. For some, it was a necessary clamp-down on shameful, underhanded political tactics. For others, the comments were naive and the punishment a gross over-reaction that was out of touch with previous recommendations handed down by the panel.

The fear now is that an honest, integral and precedent-setting debate about what we expect from our politicians will now be treated as an irksome distraction.

That outcome - irrespective of what happens with Deputy Le Tissier - is unsatisfactory.