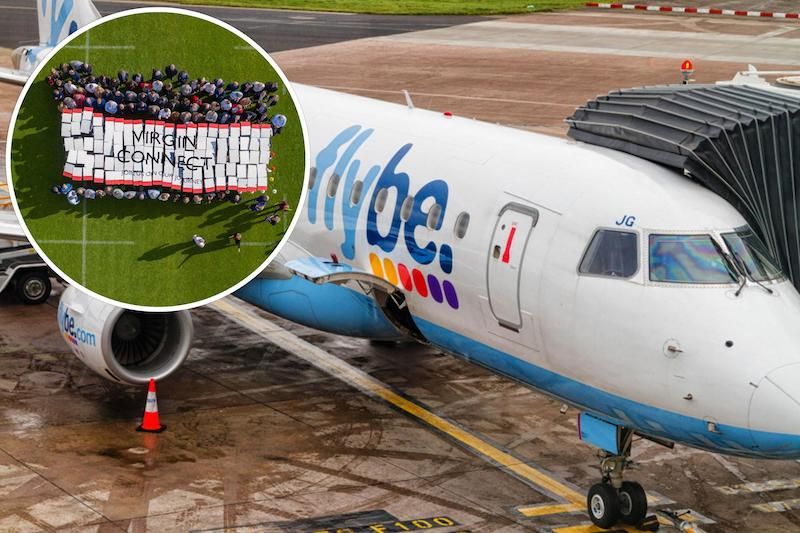 A rescue plan agreed on between Flybe and the UK government last night, involving pushing back a tax bill believed to be around £100m, has pulled the airline back from the brink of collapse.

Flybe entered rescue talks with the UK government over the weekend amid reports it was teetering on the edge, despite £100m of promised investment from the Virgin Atlantic-led consortium that took it over last year.

After days of discussions, the UK Treasury announced last night that ministers and shareholders had struck a deal, which would involve a possible loan of around £100m and/or a short-term delay in paying the airline's passenger duty bill.

The Treasury also agreed to review domestic flight taxes ahead of the March budget, while Transport Secretary Grant Schapps said the Department for Transport will be undertaking an "urgent" assessment into how regional connectivity can be strengthened after certain lifeline routes were put at risk by Flybe's potential collapse.

As a result of the measures, Flybe will be able to continue operating "as normal", the government said, safeguarding the 2,000 jobs that had previously been at risk.

Beyond helping Flybe, Chancellor of the Exchequer Sajid Javid said the reviews will "help level up" the UK economy.

"They will ensure that regional connections not only continue but flourish in the years to come – so that every nation and region can fulfil its potential," he commented.

Business Secretary Andrea Leadsom added that, having worked "tirelessly in an incredibly short timeframe" to secure a deal, her department remained committed to working "with Flybe and regional operators to find a sustainable long-term future".

Flybe CEO Mark Anderson described the outcome as "positive" and said the airline was now in a position to focus on "planning for the future".

Lucien Farrell, Chairman Connect Airways, added: “We are very encouraged with recent developments, especially the Government’s recognition of the importance of Flybe to communities and businesses across the UK and the desire to strengthen regional connectivity. As a result, the shareholder consortium has committed to keep Flybe flying with additional funding alongside Government initiatives.”

Cause of new covid case unknown

Oliver to head up Planning

UK gearing up to force fisheries deal upon us