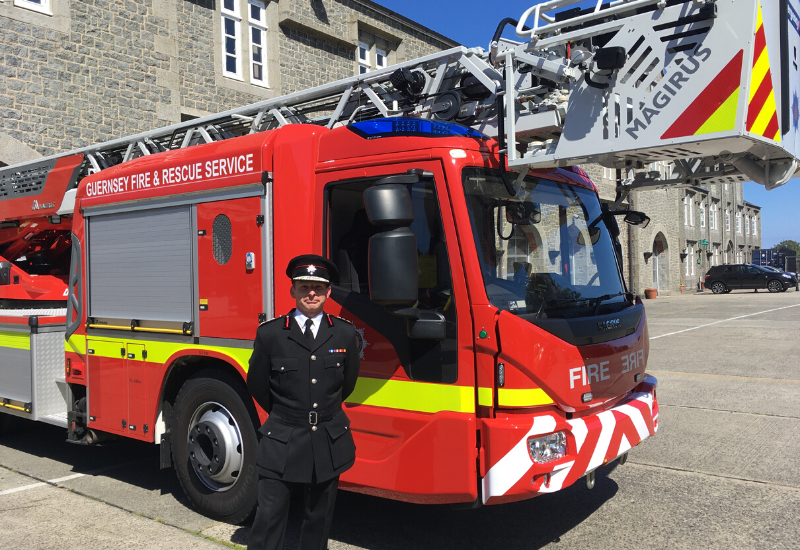 The Guernsey Fire & Rescue Service has released its annual report, which highlights the work carried out to raise awareness of fire safety and prevention.

2019 saw a 9% reduction in calls compared to 2018, and the service operated at 1% below its targeted budget for the year. The report also details courses being offered by the service, for a fee, which have helped manage operating costs.

Chief Fire Officer Jon Le Page has been keen to keep the Fire Service running within a tight budget.

“A lot of what we’re developing now is in extra services that those with the ability to pay would buy from the Fire Service,” said Mr Le Page. “For instance, we provide fire training services for businesses to train their fire marshals.”

“That doesn’t come as a cost, it comes as an income.”

In 2019, the service provided 20 fire extinguisher courses, 22 Fire Marshal courses and 17 Level 1 fire safety courses for 563 non-Fire Service personnel, along with 51 building design consultations and 18 advisory inspections on other premises.

Fire Service staff also received a large amount of training throughout the year, including maintenance courses to allow the maintenance of specialist fire equipment to be carried out in-house.

288 requests for Home Fire & Safety Welfare Visits were processed during the year, in which Fire Crews carry out a risk assessment, offer specific guidance, and fit smoke and carbon monoxide detectors where necessary. 68 high-risk premises were also inspected at the beginning of the year, along with 81 unannounced spot checks.

435 smoke detectors and 36 carbon monoxide detectors were installed in 2019; costs of providing this service have been met by fundraising activities.

A number of education and awareness initiatives have also been successful throughout 2019. The Service made 156 school visits to deliver Fire Safety presentations to 2854 children. The 'Safety Calling Challenge,' which invites Year Six students to participate in safety exercises in a controlled environment, was held for 673 students. 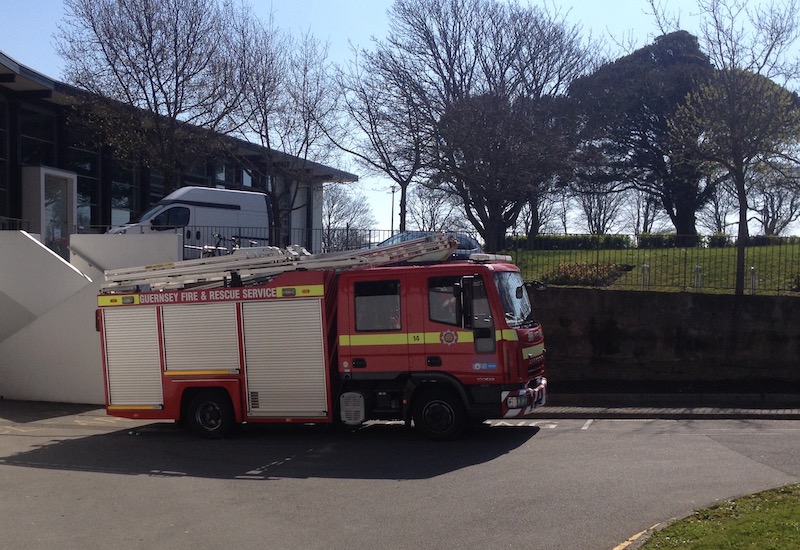 Pictured: The Fire Service briefly split its staff between the Arsenal Road station and Beau Sejour during the height of lockdown.

Alongside these, a ‘Hot Strike’ scheme has been in place since 2018 that uses higher profile incidents to raise fire safety awareness in the surrounding community. Only nine of these were carried out in 2019; Mr Le Page explains that the nature of the incident, and the privacy of those involved, are of great consideration when deciding to conduct one.

“Very often we will be responding to incidents of a ‘low-visibility nature’ where the public are not aware of what we’re dealing with,” said Mr Le Page. “If that event for the individual concerned is quite traumatic, it would be really insensitive of us to raise awareness of what’s happened,”

“It’s personal, it’s private and we should really keep it that way,”

“So, we can then say, ‘this was cause by a small electrical fire; have you thought about your electronics?’ and it starts a conversation.”

The number of overall incidents and false alarms is lower compared to 2018, but the number of road traffic collisions remained at a similar level; 103 were attended in 2019 compared to 99 in 2018.

“Every time we go out, we try to learn from what’s just happened and try to put some education into place to ensure that doesn’t happen again,” said Mr Le Page. “It’s a joint partnership between us and the community in order to make the whole island a safer place.”

Fire Service to train in Isle of Man

Fire crew out on exercise