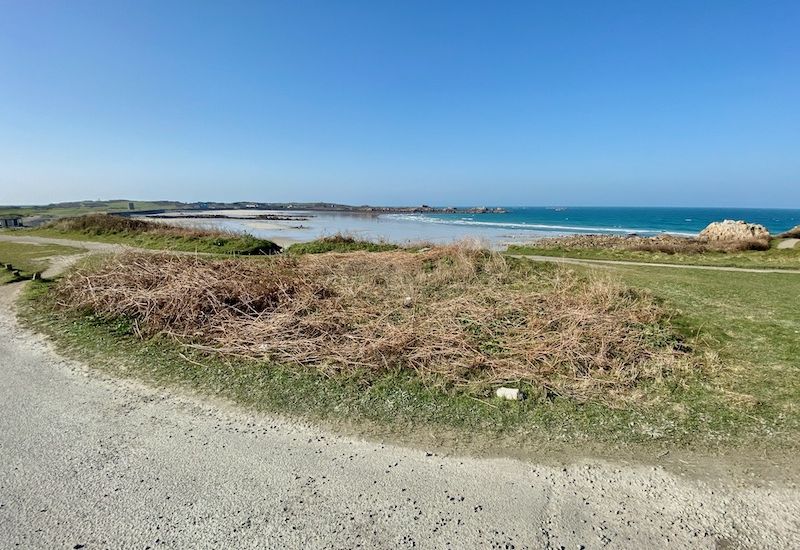 Excavating a little-known World War II fortification at L'Ancresse is the latest project for a group of local history enthusiasts.

Festung Guernsey has applied to excavate and repair a bunker that would have once defended L’Ancresse Bay, and which appears to be much larger than first thought.

Wn Dohlenturn sits undergound and covered by bracken at the east end of the bay, right next to a public car park. If permission is granted, the bunker will be excavated, made safer with posts and fencing, and have concrete steps and a metal grille reinstated.

“We just assumed it was a small PAK (German anti-tank gun) shelter," said Paul Bourgaize, Project Co-ordinator of Festung Guernsey. "On one of our digs we investigated and came across a very interesting bunker, not at all what we were expecting." 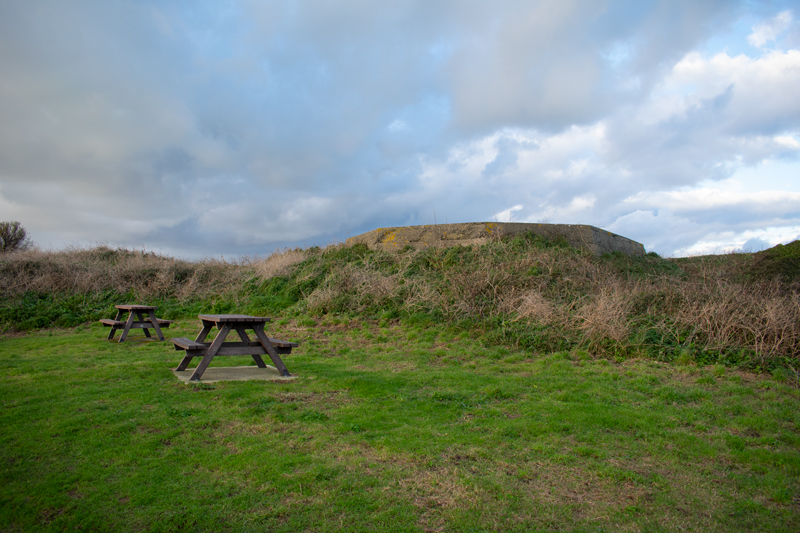 Pictured: This request to the States Planning Service follows Festung’s application in December to excavate World War II bunkers on the Fort Hommet headland and form a heritage trail.

The Wn stands for Widerstandsnest – a resistance nest. From here, defensive forces would have fired across L’Ancresse Bay, forming one part of a complete enfilade for any landing troops.

“The Germans had made some significant adjustments – there was a very steep staircase at the back of the bunker. And another bunker was planned – there is a dogleg in the anti-tank wall, and they would have needed more than one bunker to cover that whole area,” said Mr Bourgaize.

While States departments wrangle over who should pay for ongoing repairs to the anti-tank wall at L’Ancresse, Festung is moving forward with its latest plans to restore and protect the island’s many relics of the Second World War. This request to the States Planning Service follows Festung’s application in December to restore World War II bunkers on the Fort Hommet headland.

“We have quite a lot of work planned – we are still waiting for approval for a power cable at Fort Hommet and we hope to work on this towards the end of this year," said Mr Bourgaize.

Referencing the latest project, he added: "The Vale Commons Council have been very supportive of our work."

Pictured top: This unremarkable patch of bracken covers the entrance to a Second World War bunker which Festung Guernsey aims to restore and protect.

Posted by Gary Blanchford on Mar 2nd, 2021
Well done Festung Guernsey, restoring our heritage can only do good for the Island and provide interesting features to attract more visitors in the future.
Posted by Robert Williams on Mar 2nd, 2021
When statues are deemed monuments to slavery and must be disposed of, here in Guernsey some want to glorify our own symbols of slavery, I.e. German bunkers and fortifications.
To place a comment please login Login »