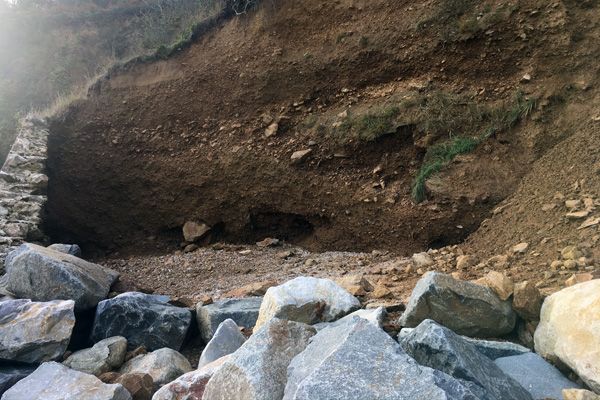 The States are trying to find someone to fix the Havelet slipway, while the contract to repair the Fermain wall will shortly be going out to tender again, and Douit Du Moullin and other areas are also on the 'to do' list.

Those three named locations have each suffered damage during the stormy weather over the last few winters, but the States Committee responsible for two of them has a limited budget for coastal repairs.

That budget could be allocated in different ways in the future though, as an action plan is being developed.

Speaking to the States last week, Deputy Barry Brehaut, President of the Committee for the Environment and Infrastructure said:

"Coastal defence remains a priority and this year's repointing projects are taking place at Croix Martin and the Red Lion area. More projects will be delivered next year and a longer term capital plan for the management of the sea walls is being developed."

He said he knows the Fermain wall in particular is one area which will need a considerable amount spent on it, and that needs careful planning.

"It has become clear that Fermain wall is a large and complicated project that requires detailed planning. Access to the beach is tricky for heavy plant and materials given the steep, narrow, and winding nature of the access road.

"As I have explained to the assembly previously, the Committee has taken a pragmatic view of reinstating the wall in line with the section built in the 1990s, which is in advance of the existing structure. This is to reduce the loading placed on the wall by the cliff behind, which was a major factor in the wall's failure. Re-profiling the cliff is likely to be required which will add significant expense. Over the summer a tender was issued to review the design requirements and construction detail for the project as the specific expertise was not available within the States. That tender returned no responses, so following conversations with potential contractors the tender will be reissued shortly." 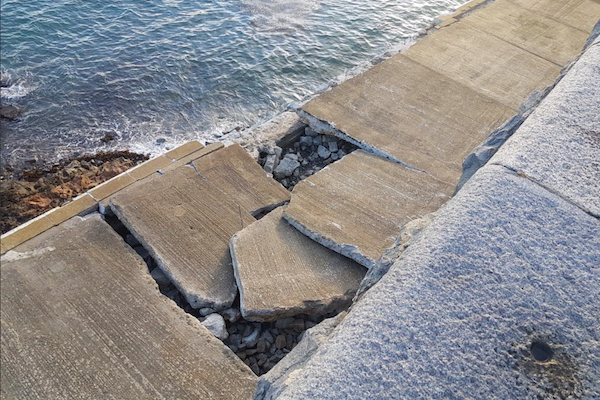 Pictured: The damage to the Havelet slipway was caused during stormy weather in 2018.

In the meantime, the States Trading Supervisory Board, which is reponsible for the harbours, has gone out to tender for the repairs to the Havelet slipway. 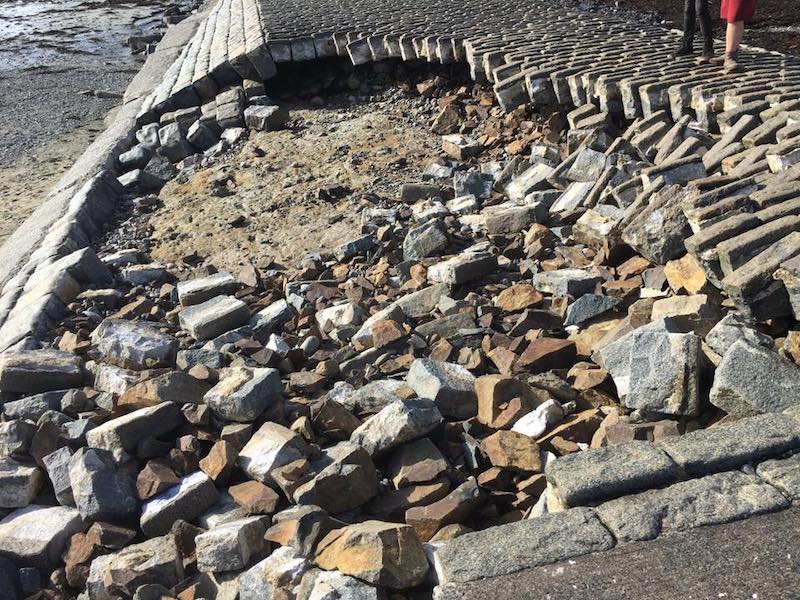 Elsewhere, repairs are likely to be carried out in the near future at Douit du Moullin, on the west coast.

E&I is responsible there, and Deputy Brehaut told the States his committee is still playing catch up after the storms of 2014. But he said a bid will be put together for funding for the repairs at Douit du Moullin shortly.

Museums due to re-open next month

Guernsey gears up to mark 75 years of Liberation