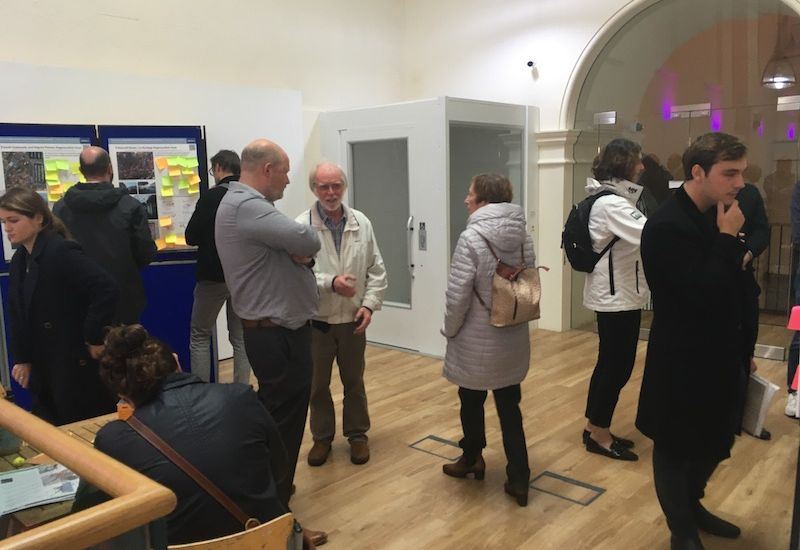 Planning officers were "gobsmacked" by the public response to a drop-in session for three Peter Port regeneration areas - and the DPA is hoping people will continue to engage with the consultation ahead of development frameworks being drafted for the South Esplanade, Lower Pollet and Le Bordage.

The George Crossan Gallery in the Market Building became a hub of community feedback yesterday, as representatives from the Development and Planning Authority welcomed public comment and insight regarding the three regeneration areas.

Director of Planning Jim Rowles said that it was "fantastic" to see the level of interest the drop-in session had garnered.

“It’s great to see the amount of sticky notes being put on the boards as an interactive process,” he said.

“I always say it’s better if people can engage early on in the process, rather than leaving it late when there’s an application or it’s already been decided and people say, ‘we would have done it differently, but you didn’t ask us!’ Well, this is asking people to interact, and hopefully we can do more of this.” 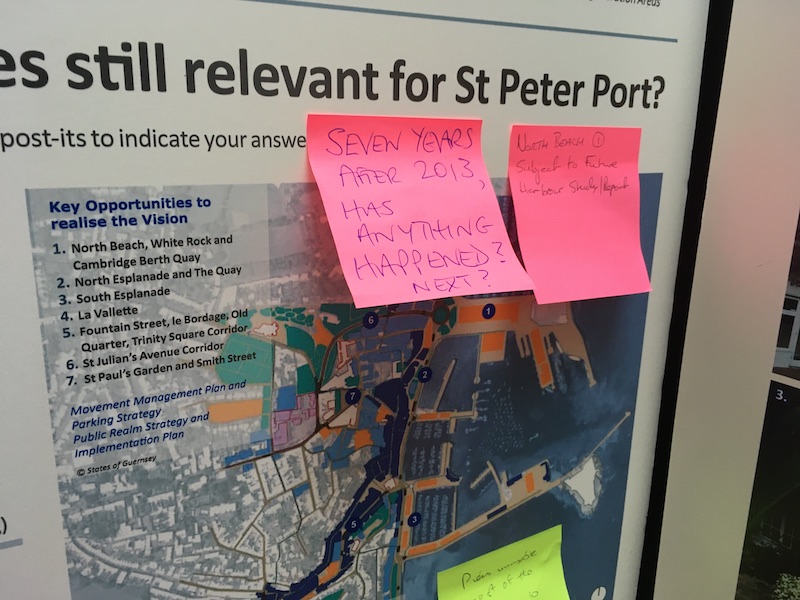 Pictured: islanders seem keen to see work begin on the St Peter Port regeneration areas, as the DPA seek consultation ahead of a private firm drafting a Development Framework.

The three areas involved in this framework are identified as separate regeneration areas in the Island Development Plan, along with Leale’s Yard which received its own approved framework in May.

Following the success of that process, which Mr Rowles said has “prompted quite serious discussions” about the future of Leale’s Yard, it is hoped that setting the groundwork in place will encourage new development for the site, in spite of the pandemic.

“Obviously development proposals take time to come through,” he said. “But we’re aware that there is interest in these areas, but once that becomes more firm, and once people have proposals that they’re coming forward with, we need this framework in place so that people can make those investment decisions.

“We know from experience elsewhere that actually having these sorts of documents makes life a lot easier for people looking to invest, it’s almost a blueprint to say, ‘we’re open for business, we’ve got something here, we’re just waiting for people to come take advantage’, and that works really well.”

The drop-in session was the start of the first wave of public consultation, which takes place before a framework is drafted. The public will be consulted again in the spring once a draft has been produced, before taking it to the DPA in June. 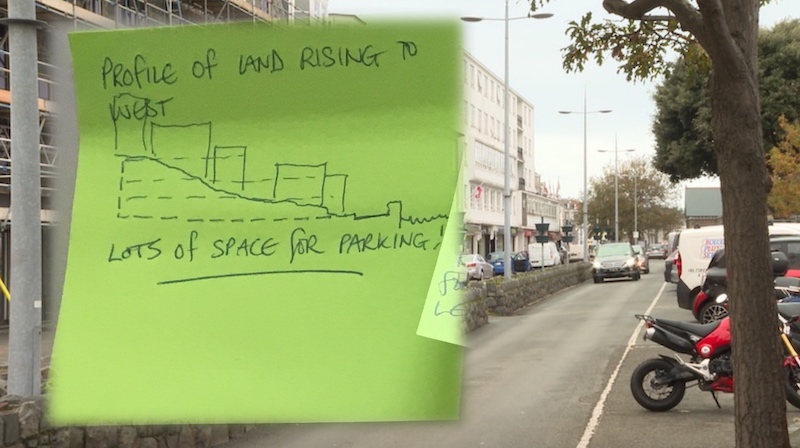 Pictured: Underground parking was a common suggestion made to increase footfall in town.

People came to the session with a wide range of suggestions for planning, about ways the areas could be improved for both visitors and residents. They were presented with the five core tenets of the 2013 ‘vision’ document for St Peter Port’s development:

They were then asked whether or not these were still relevant, and what changes they would like to see across the three regeneration areas.

“We should be making more of our cultural heritage across the whole of our island,” suggested one islander. “Public spaces should be working with public arts to celebrate our culture.” Another suggested that Mansell Street and Mill Street should become a ‘Guernsey Covent Garden’, a hub for local arts and storefronts.

Several suggested that these areas could play a part in resolving the long-contested issue of town parking, to increase overall footfall.

Housing in the areas was also something many islanders said they would like to see, as Timothy, 50, suggested: “There’s a lot of opportunity in the Bordage for housing and parking to get more people in and support this part of town." 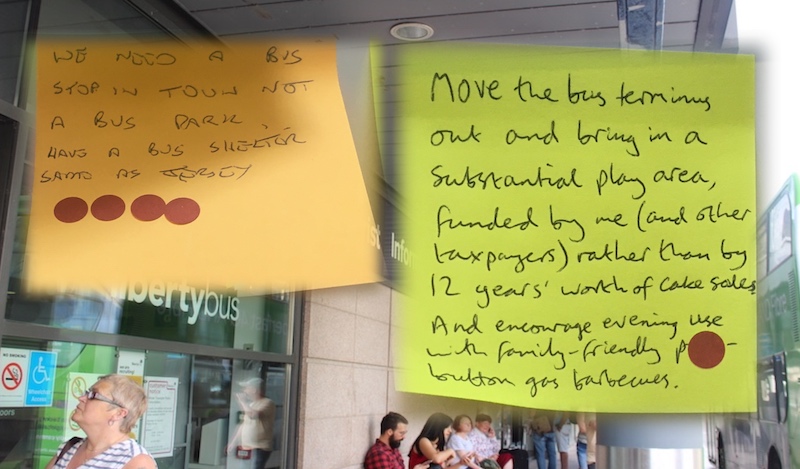 Pictured: the Bus Terminus was another point of contention, with some islanders suggesting it be scrapped or replaced with a dedicated building similar to Jersey. Islanders showed their appreciation for one another's ideas by tacking red stickers onto post-it notes, also used to answer survey questions.

“But there are issues with listed buildings and how expensive it would be. I’d like to see government support to kickstart some projects in the area.”

Overall, many islanders suggested that the areas should all be made more appealing in various ways. One post-it note suggested that the Mignot Plateau should become a social venue that makes the most of its view of the harbour, another suggested the creation of an ‘Arts Trail’ from the Liberation Monument to La Vallette.

Those who were unable to attend the session are able to submit their comments through an online survey which will be available until Wednesday 25 November.