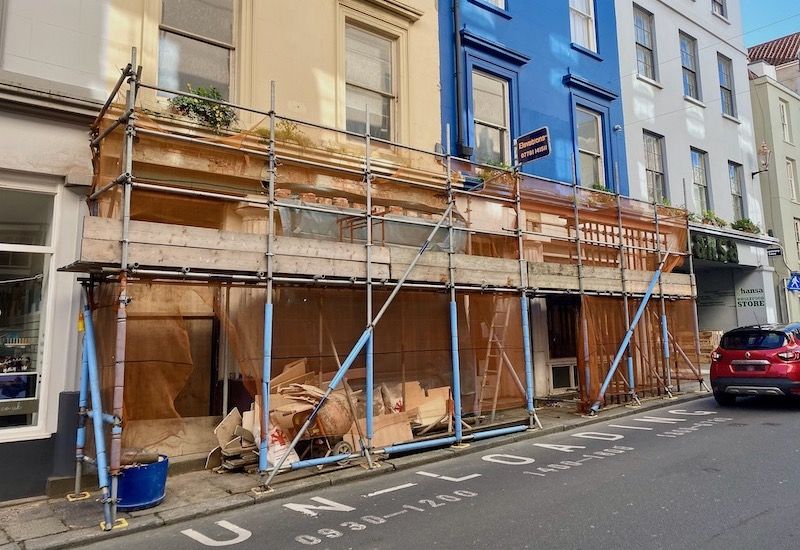 One of St Peter Port’s most iconic shop fronts needs urgent repair after being ravaged by rot.

The property at 16 Fountain Street has so much rot that only removal of its original timbers and replacement with masonry can guarantee that its front will not fall off.

The scale of the problem was outlined in the latest round of planning applications to go before the Development & Planning Authority.

Work to alter the shop front began in mid-2020, soon revealing the extent of the threat to the building. The main timber structural beams above the shop front were found to be crumbling with dry rot – mycelium – to such an extreme degree that they were unable to support any structural load.

Emergency structural works were carried out and steel beams installed to give temporary support. Now the property owners want permission for a permanent replacement.

Pictured: One of the structural beams that has been destroyed by dry rot.

The rot was caused by a hidden lead downpipe embedded in the wall between number 16 and the property next door, which discharges into the local sewer network within the basement of number 18. The spread of the rot has been considerable, extending across the main structural beams and into the front corresponding structural timber beams of the adjacent properties on both sides.

The application by ArcTech, the Chartered Architectural Technologist, states: “As these timbers are embedded in the wall, the effectiveness of a simple treatment to the rot would not be able to be assessed.

“In many areas the extent of the rot through the timber section has already compromised the ability of the timber to be an effective loadbearing structure regardless of any treatment.”

The planning application further states that the potential consequence of not proceeding with the works is that the spread of rot will continue unchecked and hidden, and may reach a point where the entire front wall structure is compromised and fails. 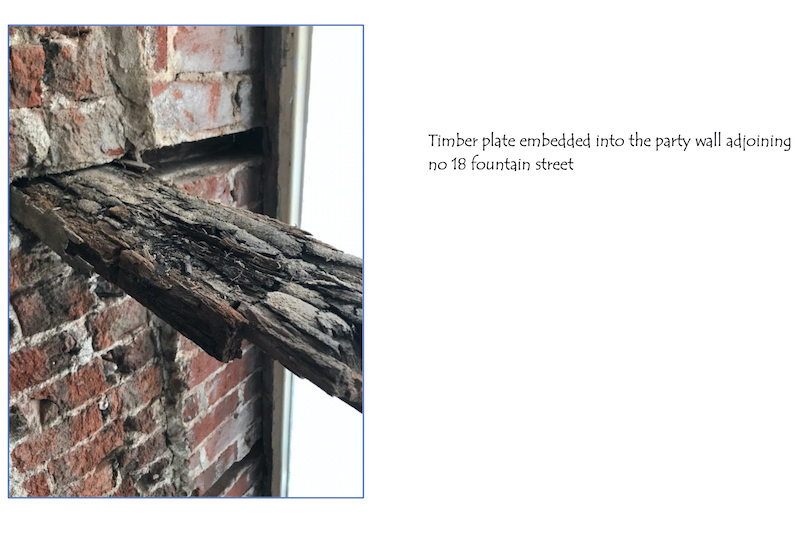 Pictured: The planning application also shows the extent of the damage to interior beams.

The timbers are part of the original fabric of the property dating back to the 1830s development of Fountain Street and bear the hatchet marks of the tradesmen who took part in its construction. Their significance has been noted in the application.

“It is therefore our opinion that there is no choice other than to carry out these works, as failure to do so may be catastrophic in the long run.”

Idlerocks hopes to 'Revive and Thrive'