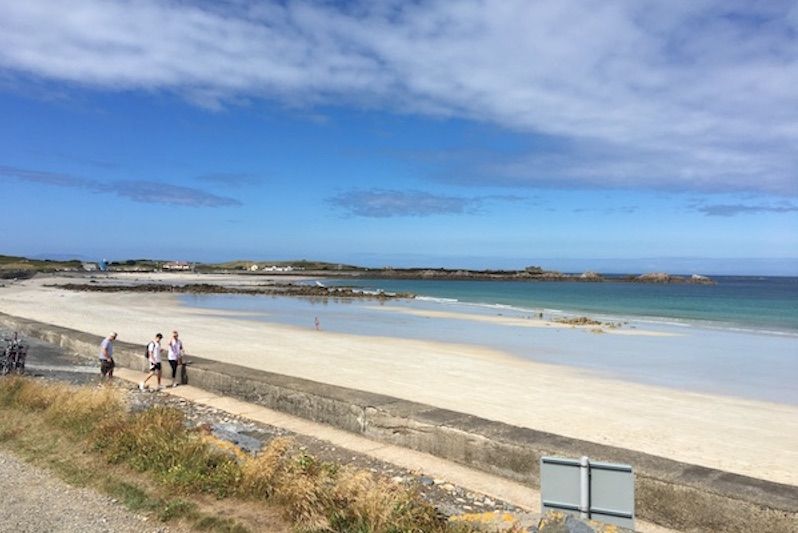 The Committee produced its general update at the States meeting yesterday, revealing that long-running discussions about the future of the damaged eastern section of the wall are ongoing.

A requête lodged by Deputy Al Brouard in 2020 called for a halt on plans to bring down part of the wall. His successful motion means E&I is under mandate to maintain the coastal wall for the next ten years. 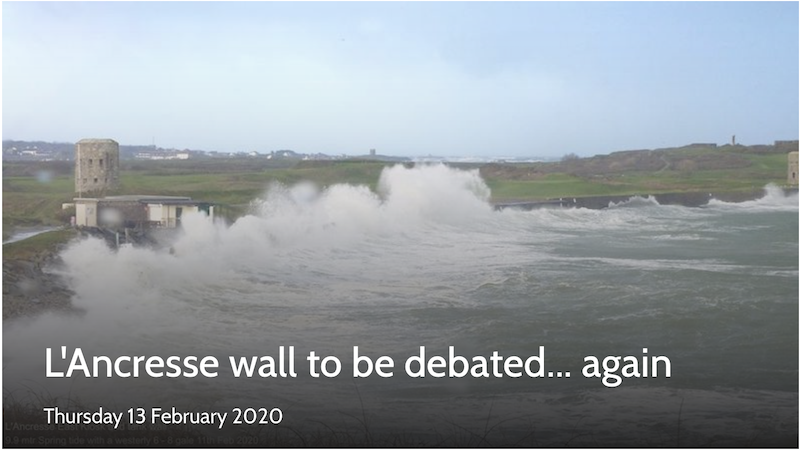 Pictured: The future of L'Ancresse wall was debated by the States last year before the election.

A meeting with Policy and Resources back in July agreed to consult the remaining requerants in the Assembly, resulting in officers being tasked with "exploring further options".

It emerged last winter that repairs to the most undermined and vulnerable sections of the eastern end of the wall were expected to cost at least five times the amount suggested by 'save the wall' protesters - £200,000 - in the States earlier in the year.

Officers then engaged with lead requerant Deputy Brouard in August, resulting in more options being suggested and investigated, however these are yet to be specified.

"I'm pleased, if slightly exhausted, to report that the Committee will review all these options at our next meeting in order to identify a preferred way forward," said Deputy de Sausmarez. "From there the matter will, in all likelihood, return to the States."

It is now four years since the previous Environment & Infrastructure Committee received States backing to press ahead with plans for a managed realignment of a 130m stretch of the coastline at a cost of around £1 million. Those controversial plans were kicked into the long grass shortly before the island's 2020 general election.