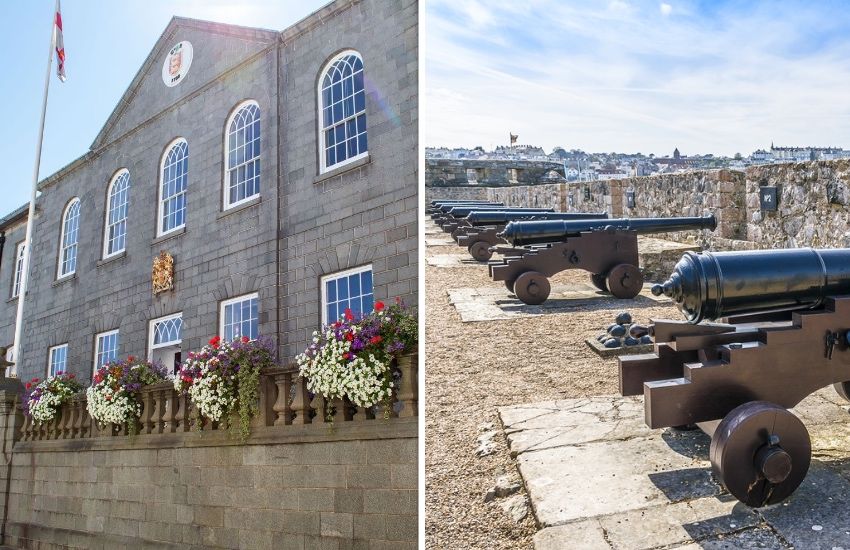 A 96-gun salute, to mark each year of Her Majesty’s life, is planned to take place at Castle Cornet early this afternoon.

The salute has been confirmed for 13:00 today, following the death of Queen Elizabeth II yesterday afternoon.

The public will not be permitted to enter the Castle during the gun salute. Battery Commander Rob Grant will lead the event.

The States of Deliberation will also hold a special meeting in the Royal Court at 14:30 this afternoon, where the Bailiff, Richard McMahon, and Chief Minister, Deputy Peter Ferbrache, will provide tributes on behalf of the Bailiwick.

The public have already been invited to lay flowers at St. Paul’s Sunken Garden. The States are asking that only biodegradable materials are placed so they can later be composted.

A special meeting of the States of Alderney is being held at the Court Office today to pay tribute to Her Majesty.

The President of the States of Alderney was to lay a wreath outside the Island Hall at midday.

A Book of Condolence has been opened in the Members Room of The Island Hall. It will be open this afternoon and then again from Monday September 12 from 08:45 until 16:30 on weekdays until further notice.

This comes after Buckingham Palace announced the death of Her Majesty at 18:30 on Thursday.

King Charles III is expected to be officially proclaimed as the new monarch at St. James’s Palace in London tomorrow.

A special 96 gun salute will take place at Castle Cornet today, beginning at 1pm, to mark each year of Her Majesty’s life. The Castle will not be open to the public for this event. pic.twitter.com/es2EEfHAJt