ESC will look at petition, but decision has been made 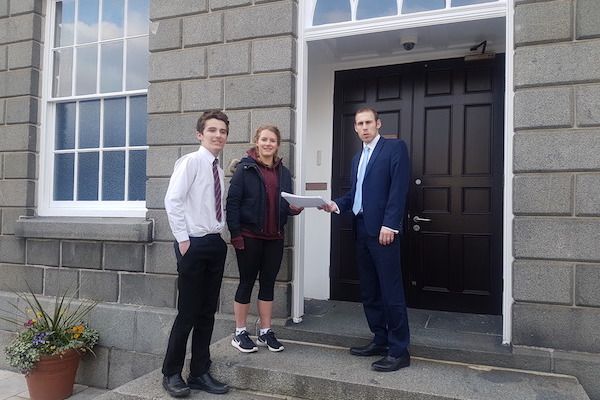 ESC will look at petition, but decision has been made

A petition protesting against the decision to adopt a two-school model of secondary education has been handed over to the President of the Committee for Education, Sport and Culture who has said he will look at it, but Deputy Matt Fallaize says it is definitely happening anyway.

The decision to move to a new system of secondary education was made by the States earlier this year, with students Matt Bougourd and Ieva Tulie among those those against the plans. Their online petition has gathered more than 1,400 signatures so far and a paper version is also now being distributed around the island.

Deputy Matt Fallaize met the teenagers at the entrance to the States building yesterday afternoon to formally accept the signatures.

While he repeated that the decision has been made and his Committee is committed to delivering the new system of secondary education he said further decisions have to be made concerning which school sites are used and other matters.

Deputy Fallaize added: "But this petition doesn't concern that."

He then spent some time talking with the teenagers who have closely followed the debate so far, correcting them on some inaccuracies and explaining the processes which will now see the new system of secondary education delivered. Deputy Fallaize denied that an announcement over which existing schools may be closed or be redeveloped for future use is going to be made "at Easter" and said there is more work to be done on the plans. 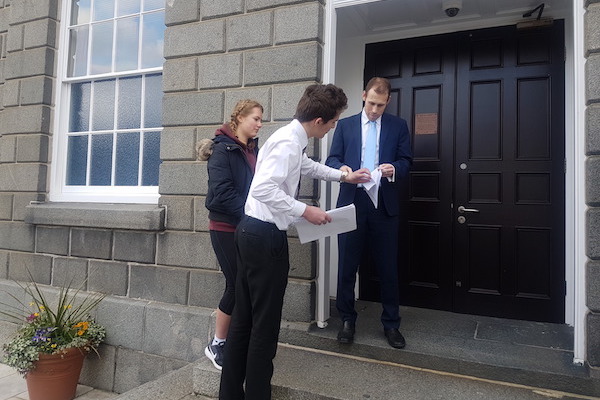 Speaking to Express previously, the petitioners had said they were happy with the response it had received so far. 15 year old Matt said it proved people remain angry against the plans: "and rightly so, when we have a government that completely and utterly ignores the opinion of the electorate, and does nothing to settle people's anger."

14 year old Ieva said at the time that she was pleased with the number of signatures her petition had attracted, and she feels this shows there is still significant interest in, and opposition to, the plans. She also feels more could be done to communicate the decisions made so far with the public:

"I think for such a small island it is a significant figure. It would be nice to get more signs however, to really emphasise the issue at hand.

"There has been a lot said to my knowledge regarding meetings, but I think there is still a lot to be addressed first before the public get dragged into false pretences."

When Express asked Deputy Fallaize what he thought about the petition he reiterated what he had said previously, that a decision has been made and they must stick to it. Speaking previously he acknowledged: "There is a diverse range of views on secondary education; the petitioners have every right to express their opinions; and I respect them and their petition."