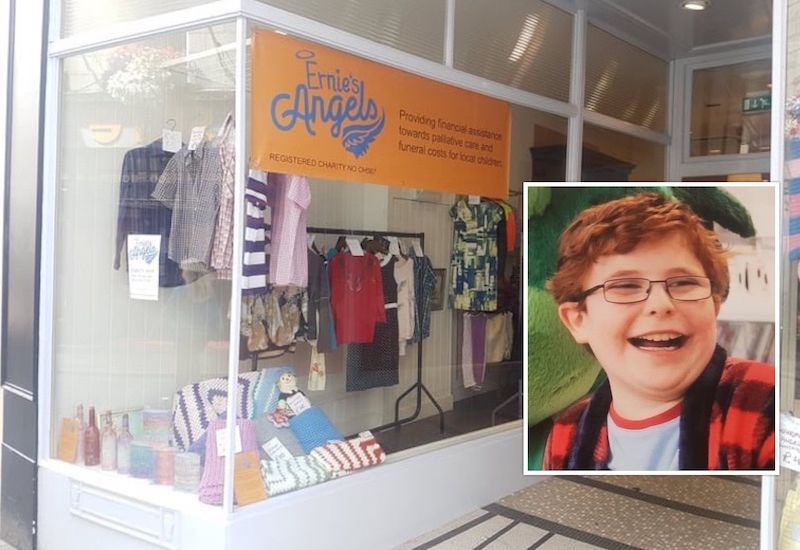 The Rushton family have opened a shop to raise funds for their charity Ernie's Angels, taking advantage of a vacancy in their own High Street premises.

Formerly The Pioneer, the shop recently housed Crew Clothing, which is relocating to Smith Street.

Jan Rushton was manning the shop front on Monday with a family friend, as they reminisced about "the bag shop", as she said customers used to call it when The Pioneer was open. 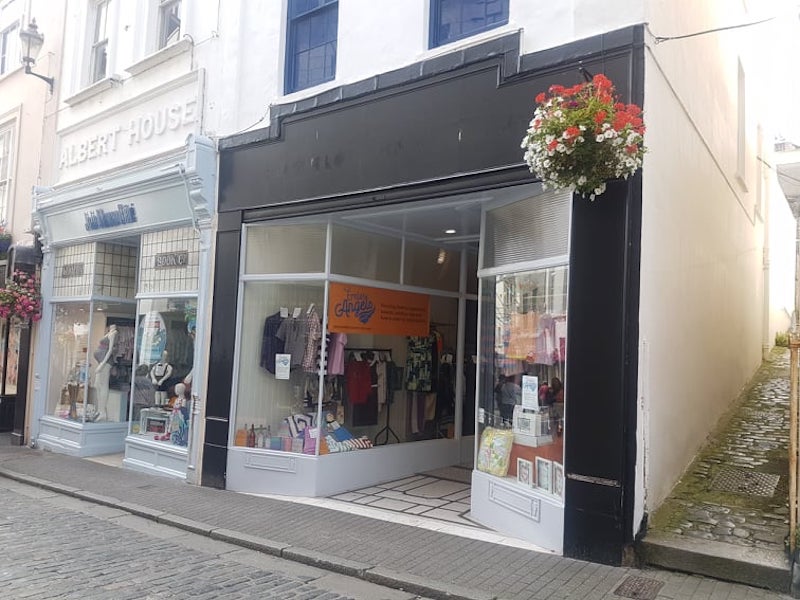 Pictured: The Pioneer was a busy shop with many bags and other goods displayed outside for sale, until it closed in 2011.

Mrs Rushton and her husband Martyn, and her father before them, ran the shop for around 50 years in total. The couple closed the leather goods and gift shop in 2011, having already closed their other family run shop in Church Square.

Since then the building has been leased out - with Crew Clothing the most recent occupant - before its managers told the Rushtons it would be moving to another St Peter Port premises this month.

Mrs Rushton said they decided to open their own charity shop as they don't expect a new tenant to take it on immediately.

"It's become vacant because the tenants have moved on, and at this economic time we're not likely to get another tenant very quickly, so the shop would remain empty for quite a few months," she said. "We thought the best thing to do would be to let my daughter's charity use it free of charge, then it can help the charity."

The Rushtons' daughter, Claire, set the charity up in memory of her son Ernie, who died aged 12 in September 2017.

Ernie had been ill for a long time before he received his terminal diagnosis but throughout this time he was happy to be in the public eye, appearing at events with his friend Roary the Lion, the Guernsey FC mascot, and ticking things off his bucket list.

After his death, his mum, brother Joe and his grandparents, wanted to help other children and their families needing palliative care, and help to cover funeral costs.

"We cannot lessen their pain but our charity’s ethos remains that we support them and show them that their community cares. Your support enables us to be there at the darkest time in any parent’s life and we understand that we can’t change the circumstances but we hope to, at least, lighten the financial burden that these heart breaking circumstances bring," - Ernie's Angels charity statement, which can be read in full HERE. 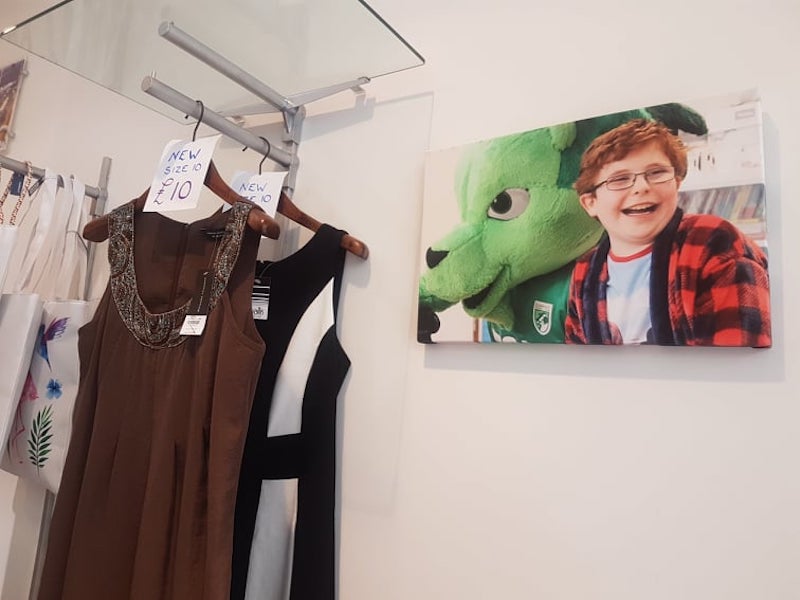 Pictured: Ernie and Roary the Lion were great friends.

Mrs Rushton said, like other charities, Ernie's Angels' planned fundraising has taken a hit this year through the covid-crisis, so the shop will help them boost the money available to help other families.

"We thought we'd be here for a few weeks to start with, but people have been very generous, bringing in donations every day. We're only accepting new and nearly new goods or vintage pottery and jewellery, but as long as people are bringing items in, we may stay open a few more weeks.

"We've got lots of toys that are new and nearly new, a lot of clothing which have still got their new tags on, and some of the shops in town particularly Balloonees which has closed down - they were very generous and donated us quite a bit of their stock. 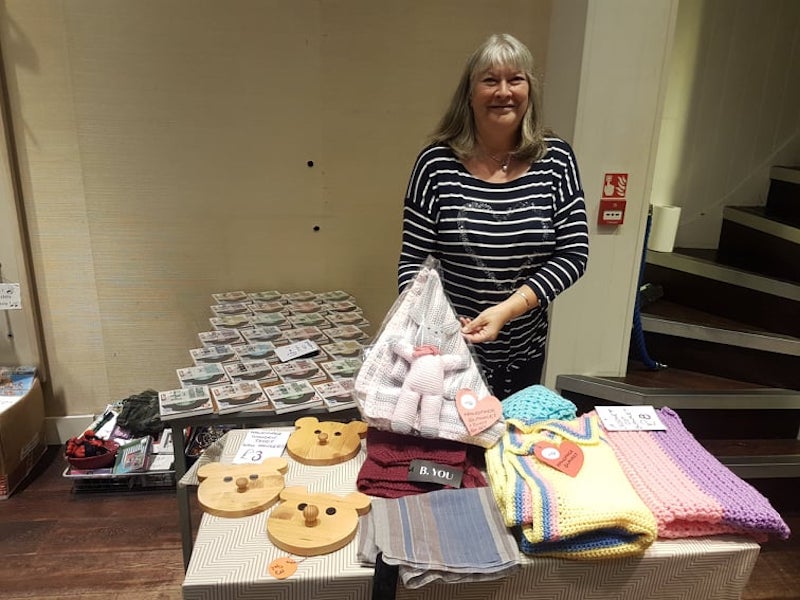 Pictured: Jan Rushton, with handmade items for sale in the Ernie's Angels shop, including wooden teddy bears made by Ernie's brother Joe, who is an apprentice with CA Duquemins. The crochet items are all hand made locally too.

"We've got lots of local people who knit for us so we've got cot blankets which are lovely.

"Normally by this time of year we would have done a few fundraising events, and we'd go to the summer shows and the donkey derby, but of course all that's cancelled. They were our main fundraisers so this is helping a great deal."