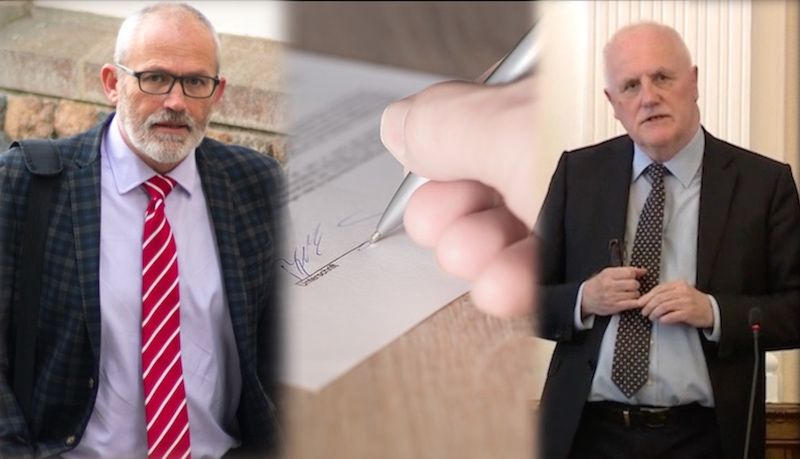 Policy & Resources is trying to convince staff unions that some of its members are being overpaid.

Deputy Yvonne Burford questioned the President of the Policy and Resources (P&R) Committee, Deputy Peter Ferbrache, regarding equal pay for work of equal value in the States this week.

She asked whether the P&R Committee has considered that “the current financial circumstances demand a cost neutral and gradual approach to achieving this aim.”

In the last term, a review was commissioned by the P&R Committee to review the terms and conditions of the numerous groups of workers in the public sector.

Deputy Ferbrache explained that pay benefits, working hours, leave and sickness entitlements were examined “with a view to enabling harmonisation where practical and appropriate.”

It was noted that the desired outcome was that “the States remunerated employees on the principles of fair and equal pay.”

Despite Deputy Peter Roffey building on Deputy Burford’s question, there was still no firm answer and Deputy Burford had to re-ask: “For clarity, does the P&R Committee intend to press this work in a cost neutral way?”

Deputy Ferbrache responded: “We intend to address matters in a pragmatic way.” 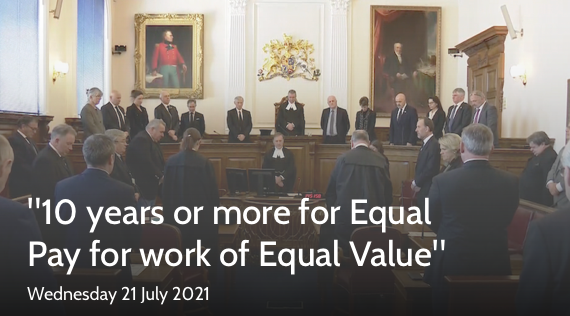 Pictured: An external report – which the States has refused to publish – said that bringing the pay of women in line men for ‘equal work’ would cost around £50m a year.

The WI Guernsey says this demonstrates that women are getting “a raw deal” compared to their male counterparts, with female-dominated professions such as nursing valued less than ‘equal work’ carried out by other public sector employees.

It was asked by Deputy Andrew Taylor whether it was possible to lower the salaries of States employees in order to bring costs down.

Deputy Ferbrache commented that some employees are overpaid and so their salaries should come down.

“I welcome his efforts if he can cause some unions to recognise that some of their members be paid less.”

A potential long-term funding gap in States revenue of around £75m was identified in the tax review. Deputy Burford sought a firm answer on whether the potential cost of introducing equal pay for work of equal value - by uplifting the pay of some workers considered to be underpaid on the grounds of discrimination - is included in that funding gap."

Deputy Ferbrache said it is not, meaning the cost of doing so would come on top of that. He reiterated that the workstream "is not a government-agreed priority.”