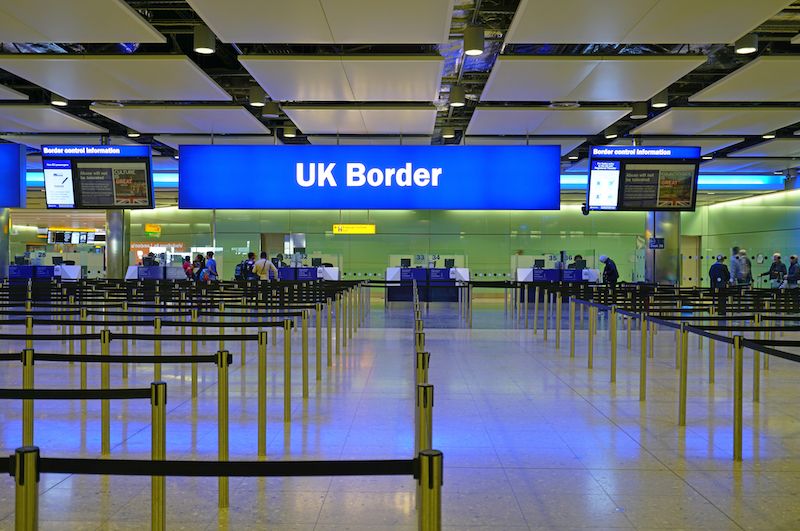 The Civil Contingencies Authority has strongly hinted that it will decide on mandatory isolation periods from the UK on a regional basis, after England was moved to the Group B watchlist.

If the emergency decision-making body chooses to do so, high-risk regions will be listed separately from the rest of England beginning on 15 September 15. A final decision will be announced tomorrow.

The regions will follow the same ‘triggers’ as other jurisdictions: if an area rises to 30 positive cases per 100,000 citizens, it is moved to the Group B watchlist.

Seven consecutive days on the Group B watchlist will automatically place a region into Group A, with updates on a daily basis. Driving through a region in a private vehicle will not be considered to be travelling to it, but stopping in a region or using public transport will.

Acknowledging that the change will "rely on people's honesty" to declare if they have been in a Group A region, the CCA said that there will be heavy criminal penalties for travellers who fail to do so.

Consideration has also been given as to how the approach may impact travel to ‘lifeline’ ports such as Southampton and Manchester. 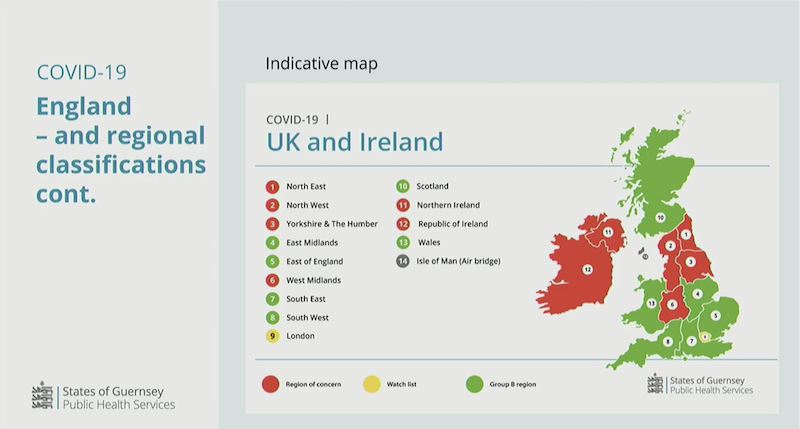 Pictured: If the regions of the UK were to be enacted today, the North, Yorkshire & the Humber, both Irish territories and the West Midlands would be part of Group A, with London on the Group B watchlist.

“We are already looking at how we could put various non-pharmaceutical interventions in place, should that be the situation,” said Deputy St Pier.  “We are always trying to think one or two steps ahead.”

Deputy St Pier made it clear that the potential for more islanders to require longer isolation periods was being taken very seriously.

“There’s absolutely no desire on anyone’s part to require individuals to undertake 14-day self-isolation unless it’s absolutely necessary,” added Deputy St Pier. “We understand from months of experience how difficult isolation is for people, and the mental health and wellbeing challenges it presents.”

“It is absolutely a last resort, it’s not a step that’s being taken lightly.”

England has been added to the Group B watch list. The Civil Contingencies Authority (CCA) has been asked to consider introducing regional variations for travel with effect from 00:01 on Tuesday 15 September 2020. To view the full list of countries, go to:https://t.co/vxYqfe86q7 pic.twitter.com/VVjpzIYGza

Travellers requiring medical treatment in a Group A region will still be able to take a day-seven test with passive follow-up, similar to Phase 5a. Those travelling for compassionate reasons will be considered by Public Health on a case-by-case basis.

Deputy Heidi Soulsby recognised that now was a difficult time for new changes and restrictions to travel. “Whilst we’re hoping for the best, we really have to prepare for the worst,” she said.

“The current trend isn’t looking positive, as it is in France. As always, we will be taking a risk-based approach. Looking at the data on a regional level makes sure our decisions are appropriate and proportionate to the risk.”