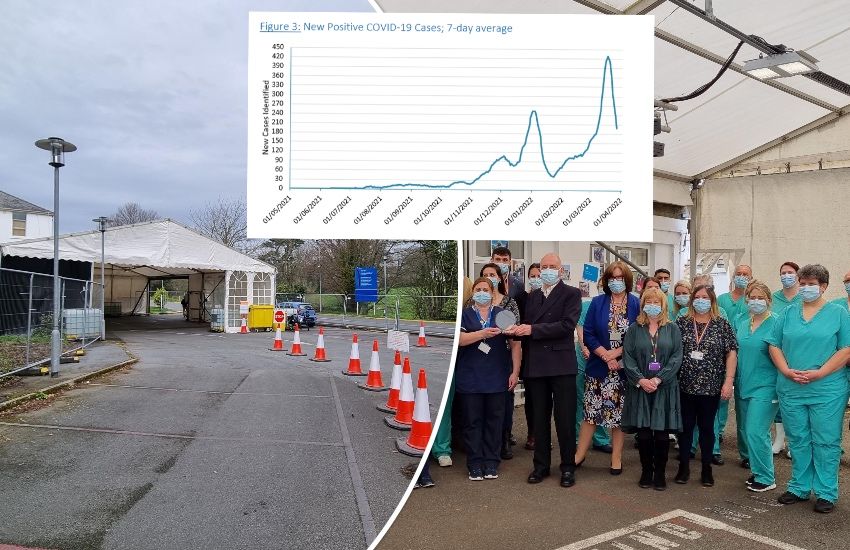 The covid testing tent at the hospital is being taken down this week after two years of mass PCR testing, as the number of known active cases in the Bailiwick dropped by nearly 1,500 since last week.

The total reported infections is now 2,358. New figures published yesterday by the States’ confirm that 1,389 new cases of covid-19 have been identified since last Tuesday, with 13 people currently in hospital.

Senior healthcare representatives joined members of the scheduling and testing teams at the Princess Elizabeth Hospital yesterday afternoon, to recognise their collective efforts in delivering more than 200,000 PCR tests since the beginning of the pandemic.

The testing tent will cease operations on Thursday and should be fully deconstructed by Monday 4 April when the space will return to being a car park.

PCR tests will now only be accessible in the Bailiwick in limited circumstances where vulnerability is a concern. For example, in-patients at the Princess Elizabeth Hospital will continue to receive PCRs through hospital staff. The States' have confirmed that anyone presenting respiratory symptoms, but testing negative on lateral flow's, will no longer be offered a PCR test.

Pictured: The final week of March has seen a reduction in the known active number of covid-19 cases in the Bailiwick.

Politicians from the Committee for Health & Social Care also confirmed that covid cases across the Bailiwick had decreased since last Tuesday.

Speaking to Express, Deputy Marc Leadbeater said: “the trend is improving… it looks like we’re coming out of the Omicron BA2 spike”.

Deputy Aiden Matthews stated that whilst the active number of cases had fallen there is still a need to be clear in messaging about the issues still posed by the pandemic.

“The numbers are down… but it can still flare up at any time,” he said, “do think about covid, don’t ignore it even though we are at a different stage of the pandemic." 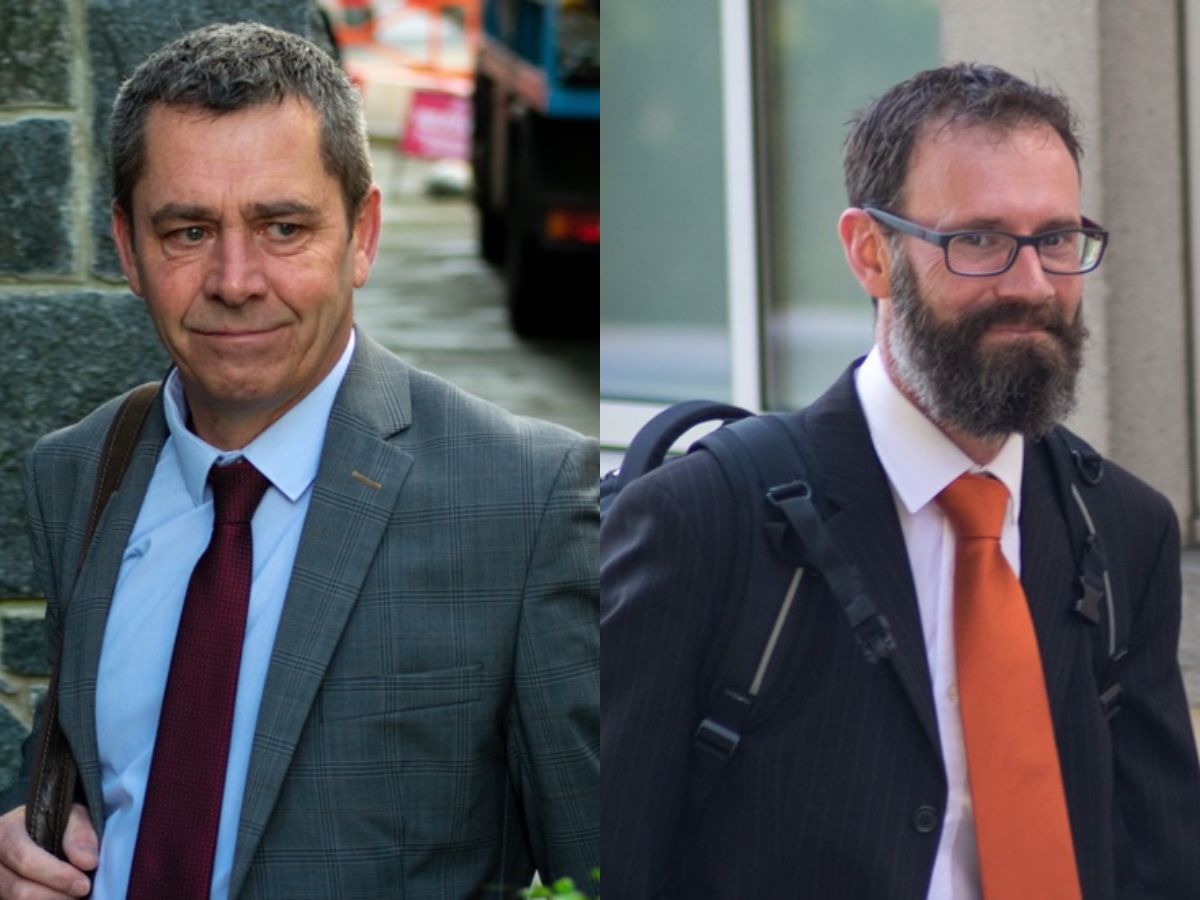 Pictured: Deputies Leadbeater (left) and Matthews urged for caution and responsibility to be exercised as the Bailiwick exits the current spike in infections.

The scheduling and testing teams were created in early 2020 in response to the emergence of the virus. The capacity and efficiency of the hospital testing service evolved to the point that one car was driving through the tent for testing every minute.

The tent saw around 1,000 people per day during the peaks of the pandemic, with the busiest week seeing more than 8,000 swabs being taken. More than 100,000 people have been swabbed at the facility in total.

The team was also responsible for home visit testing out in the community.

It was an emotional occasion for many in the team, with the President of HSC, Deputy Al Brouard, thanking them for their efforts over the past two years.

“We are indebted to the incredible efforts of the scheduling team and testing team who have delivered essential work to coordinate and complete thousands of tests to support our Covid response,” he said.

“It has been an unusual journey, we never thought we would be in this position." 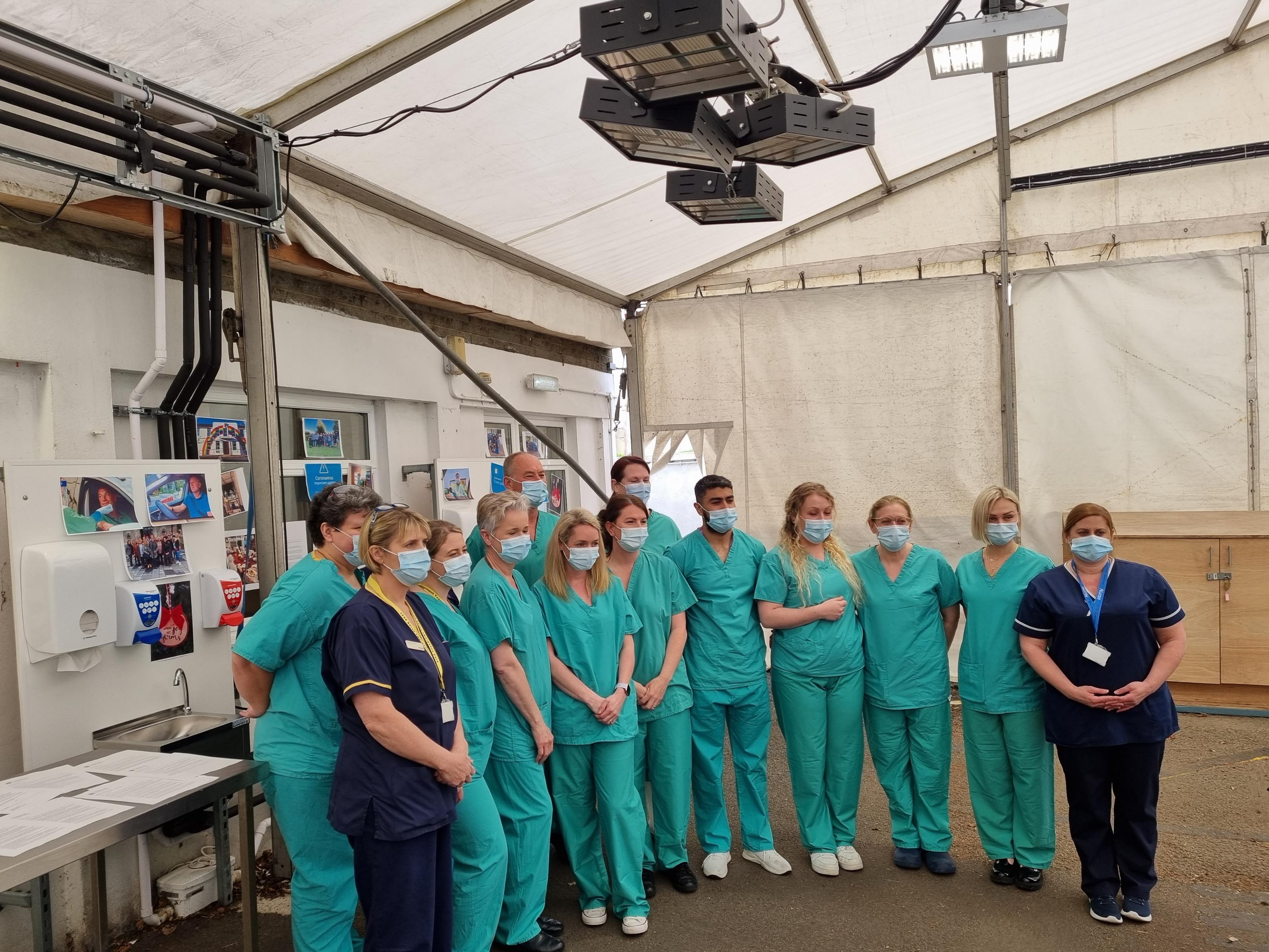 Pictured: There were tears as the testing team prepared to stop operations at the hospital.

Covid Scheduling and Testing Team Manager, Cherie Norman, also thanked everyone who came together to deliver the service, and for the community support they received.

“The team have experienced things never expected in their career and I feel exceptionally proud to have seen them step up every day during this pandemic to deliver such a successful testing strategy,” she said.

Ali Hughes, a senior healthcare professional, claimed that working within the testing team had been “the best two years in my 20-plus years working for the States”.

“We were all thrown together at the start and are like a big family,” she added. 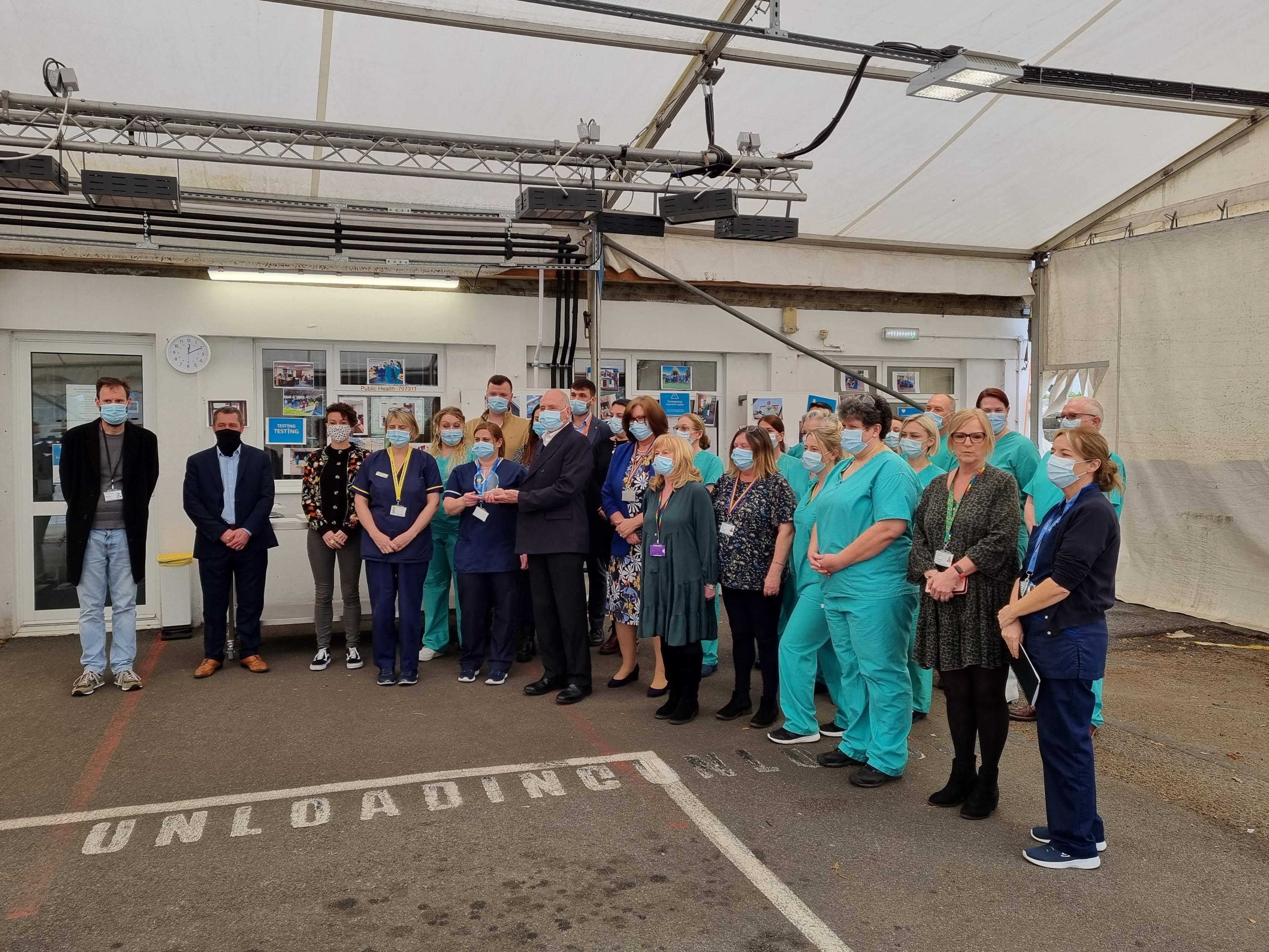 Pictured: The testing team was joined by HSC Committee members and the Director of Public Health, Dr Nicola Brink.

In early March the service was moved to the Guernsey Border Agency facilities at the harbour with the testing team working long hours in cold and wet conditions.

On-island testing equipment was procured just after the first lockdown which allowed for 1,500 tests to be taken on the busiest days of the pandemic.

Preparations began to relocate the testing facility to the Princess Elizabeth Hospital in May, with the tent becoming fully operational in July 2020.

The team worked closely with Public Health and Pathology and was strongly supported by the hospital porters and the domestic and housekeeping teams to deliver the service.

Known cases near 4,000 - but no indication of new legal measures

Masks and bubbles back in schools

Fresh call for islanders to limit the transmission of covid