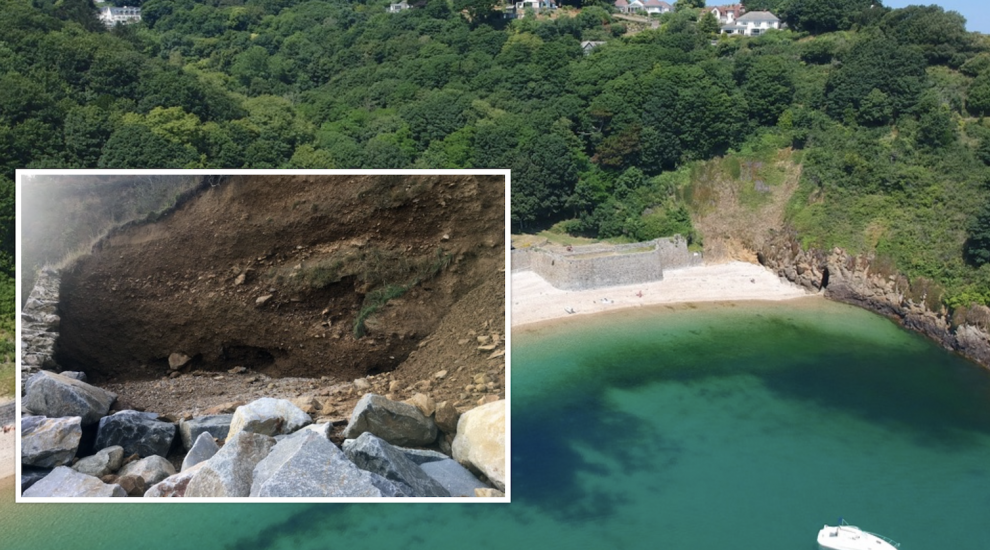 In some good news shared via the States of Guernsey meeting this week, repair work for the cliff and wall at Fermain have been approved for funding, while there's also been progress with plans for repair work at Petit Port and the Cow's Horn.

In updating her colleagues on the work of her committee, the President of the Committee for the Environment and Infrastructure said she was "pleased to report" the results of recent responses to capital projects E&I is involved with.

"In terms of the capital projects, I'm pleased to report that - finally! - funding for work to the cliff and Napoleonic wall at Fermain has been approved. We're currently preparing for the environmental impact assessment necessary for the planning application.

"The site investigation work on the Petit Port cliff has been completed and we're expecting remediation work to start in the Spring, subject to planning approval and contractor availability.

"We're still waiting for funding approval to make the cliff at the Cow's Horn safe and restore access to Clarence Battery. It will be neither cheap nor quick, but if P&R approve the funding, this project should be completed next summer." 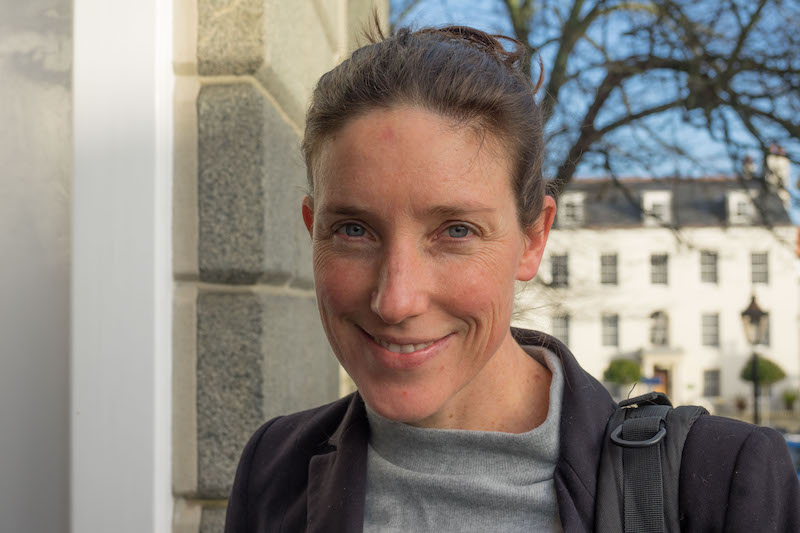 Pictured: Deputy Lindsay de Sausmarez had some news she was "pleased to report" this week.

Each of the three areas mentioned by Deputy de Sausmarez have been waiting for restoration work for varying lengths of time.

Part of the wall at Fermain collapsed in 2014, following storms, with the work to repair it being put out to tender at least twice since then.

In 2018, the then President of E&I, Barry Brehaut, said plans were underway for the repairs to be included in the committee's next agenda pack.

In 2019, then-Deputy, Mr Brehaut said the work was not any closer to happening. He told the States in December that year that "it has become clear that Fermain wall is a large and complicated project that requires detailed planning."

By April last year, E&I had itself grown frustrated with the situation. A spokesman said: "Work to stabilise the cliff and repair the damaged wall has been frustratingly slow to progress because it cannot be categorised as a true sea defence.”

At that time the Coastal Infrastructure Team had appointed its consultant, and work was said to have begun to develop a recommendation for a way forward. 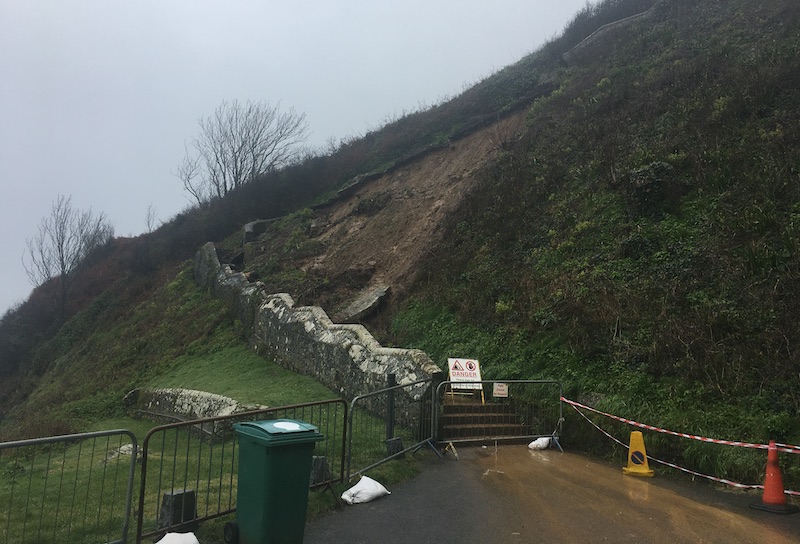 Pictured: The landslide on the steps to the Cow's Horn happened in early 2020.

The access path and steps from La Vallette to the Clarence Battery, known as the Cow's Horn, were closed in March 2020 following a landslip which covered the steps completely.

Site investigations at the time found there was a risk of further rock falls and it has been barricaded off ever since.

The landslip was blamed on the weather after heavy rainfall caused flooding in multiple areas across the island in a short space of time,

A spokesperson for Agriculture, Countryside & Land Management Services said at the time: "An area of cliff near the Aquarium has subsided overnight (4/5 March 2020) and the adjacent granite walls have fallen away. The steps adjacent to Clarence battery have also been damaged and access has been closed between La Vallette and Clarence Battery." 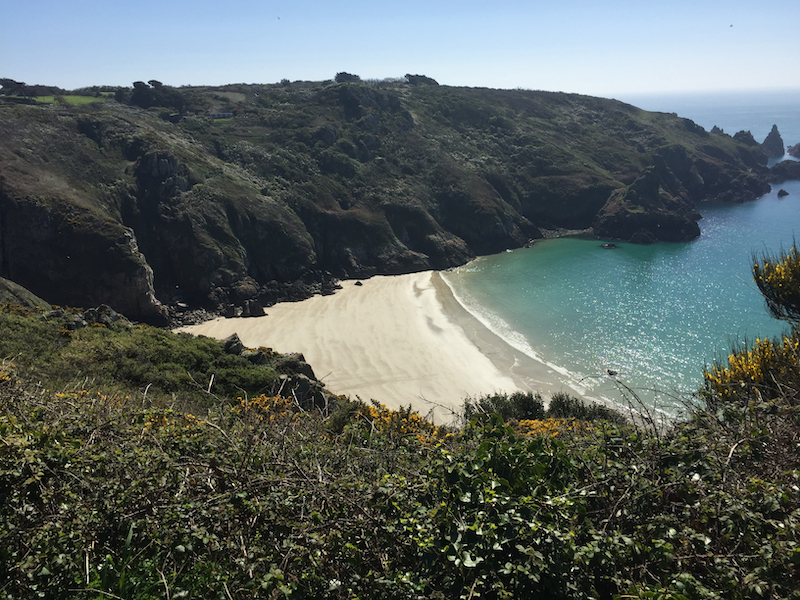 The steps giving access to Petit Port were closed temporarily earlier this year after a survey identified risks to public safety following a land slip in the area last year.

An E&I spokesman said at the time that there was a "concern that the rock catch fencing no longer has the capacity to cope with further rockfalls, and they would instead land directly on the footpath, potentially causing injury to anyone using the steps".

Work was also due to be carried out to remove material from the slip area and from behind the rock catch fencing, to make the area safe to the public again.

Fermain wall should be repaired by next Autumn

Petit Bot now "accessible to all"

Mikus Alps to be laid to rest