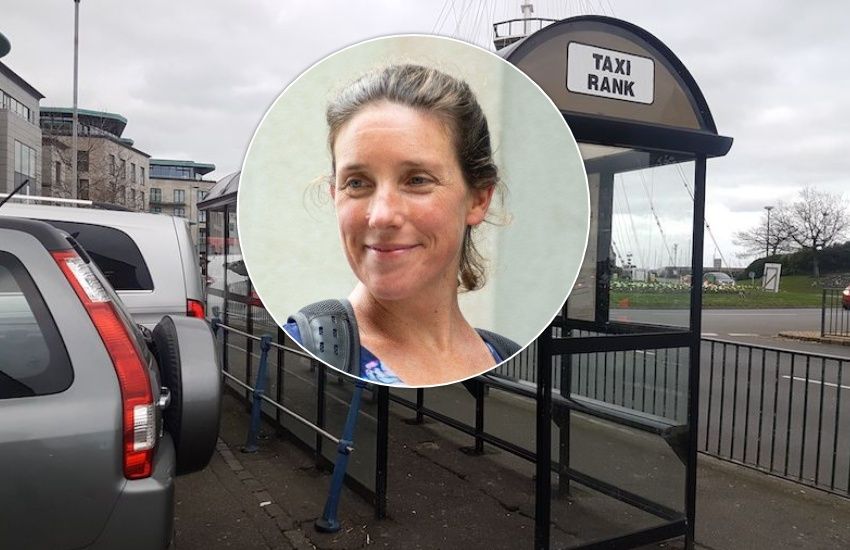 The average age of a taxi driver is 59; three out of four customers are unable to book a taxi without making multiple calls; and nearly half of taxi permit holders who took part in a recent survey are not currently doing taxi work.

These are among the findings of a highly critical review of Guernsey's taxi and private hire car industry carried out by passenger transport specialists TAS.

As reported by Express when the review was released on Saturday afternoon, the experienced reviewers concluded that the industry is "not fit for purpose" and is in a "spiral of decline". 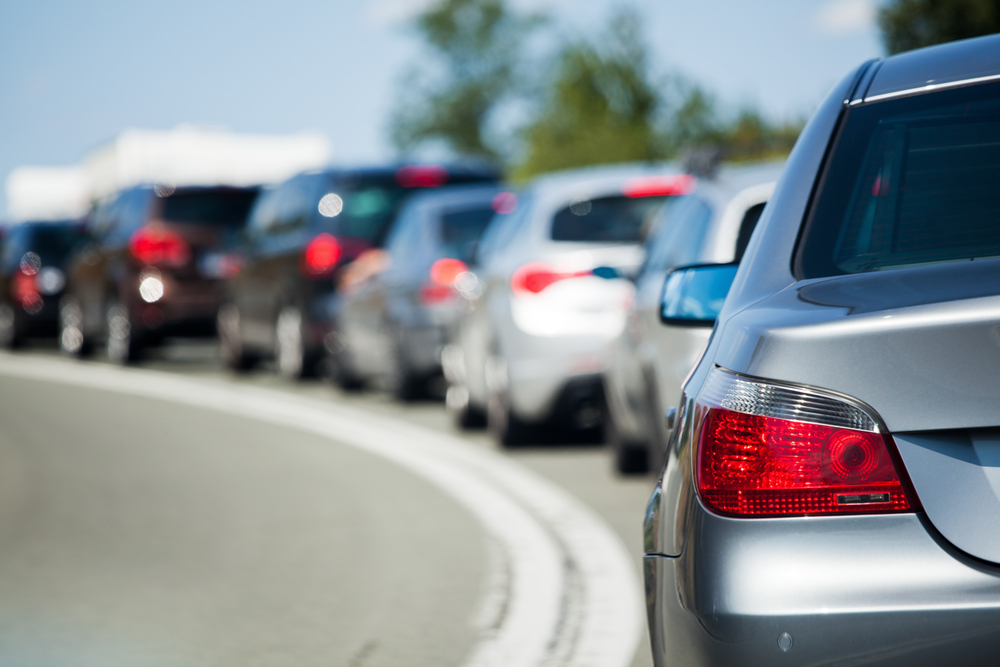 Pictured: High rates of car ownership contribute to the challenges faced by the taxi industry in Guernsey.

The review was commissioned by the States' Committee for the Environment & Infrastructure. Its President, Deputy Lindsay de Sausmarez, pictured top, told Express over the weekend that her Committee set up the review because it was "keenly aware of the issues facing the industry - and because we're keen to sort out those issues".

"This report, which runs to more than 400 pages, provides us with rounded, evidenced insight into and analysis of the current situation and gives us some useful wider context too," said Deputy de Sausmarez.

"We’ll now take some time to fully digest the report and consider its many recommendations. While it’s too early to indicate what measures may or may not be adopted, we do know that there are no simple solutions to these complex problems, many of which have evolved over decades.

"But we also know there are plenty of people within the industry and the community more generally who share our desire to greatly improve the island’s taxi service."

Here Express takes a closer look at what the reviewers found about the industry. 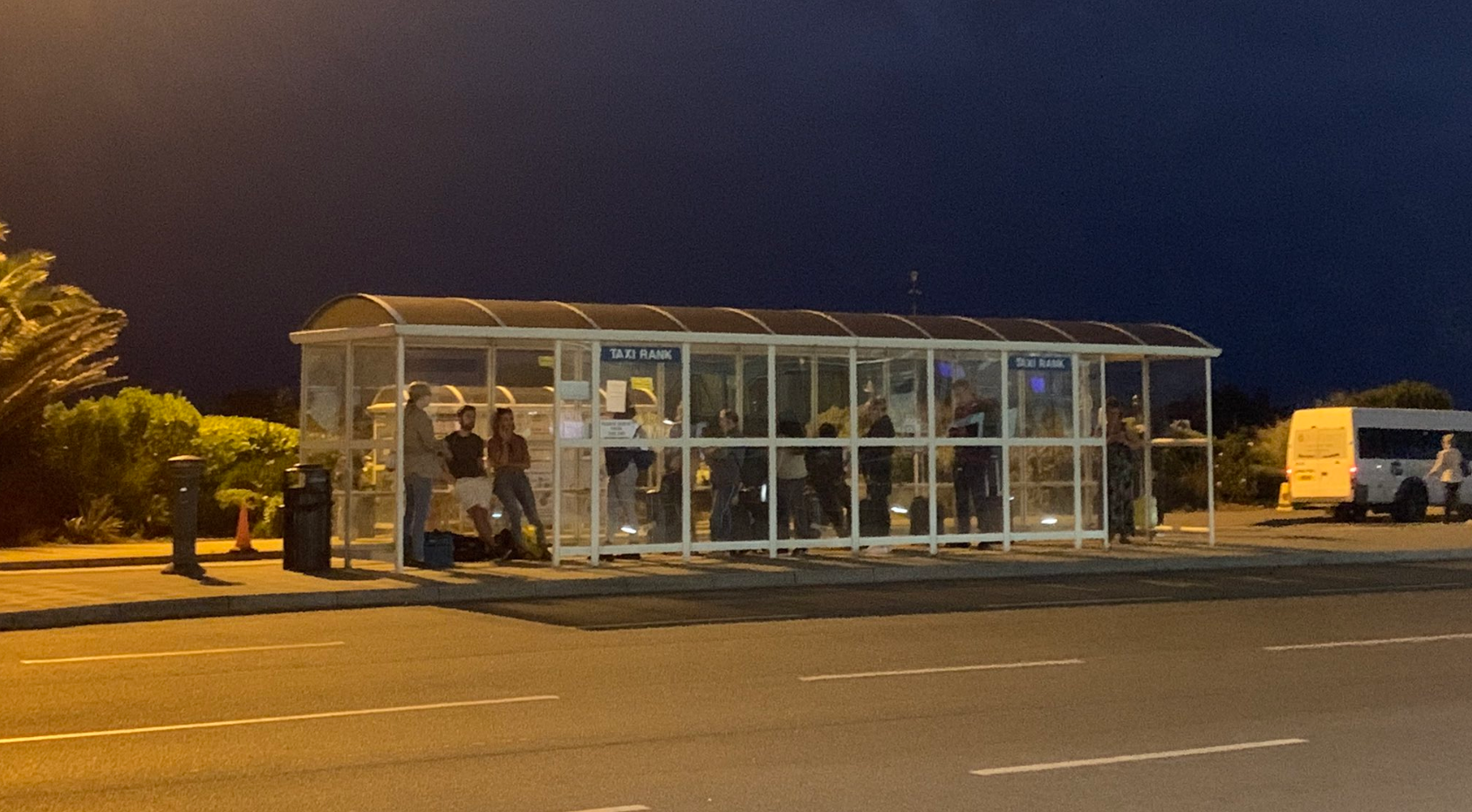 Pictured: A queue of passengers at the rank at the airport on one evening recently when it was difficult to obtain a taxi.

The reviewers said that "poor experiences at the airport was probably the most frequently mentioned topic" in the consultation surveys and meetings they carried out.

There were nearly 1,800 responses to a public survey. Ninety respondents said they had "missed a travel connection due to a taxi failing to turn up on time". Other comments included:

The reviewers said that the Taxi Owners' Federation told them: "There are problems and it is accepted that the level of service isn’t as good as the public could expect, although the extent to which there are gaps and failings has not been objectively measured." The Federation also said that the airport authorities needed to accept joint responsibility for the problems and putting them right.

The reviewers said: "Current taxi provision results in Guernsey and the airport getting a poor reputation. New visitors expect that there will be taxis waiting at the airport because that is the experience they will have had at other airports and generally in other jurisdictions. Guernsey travellers will note the contrast in service between their experience with taxis in Guernsey and the provision of taxis in the UK and France." 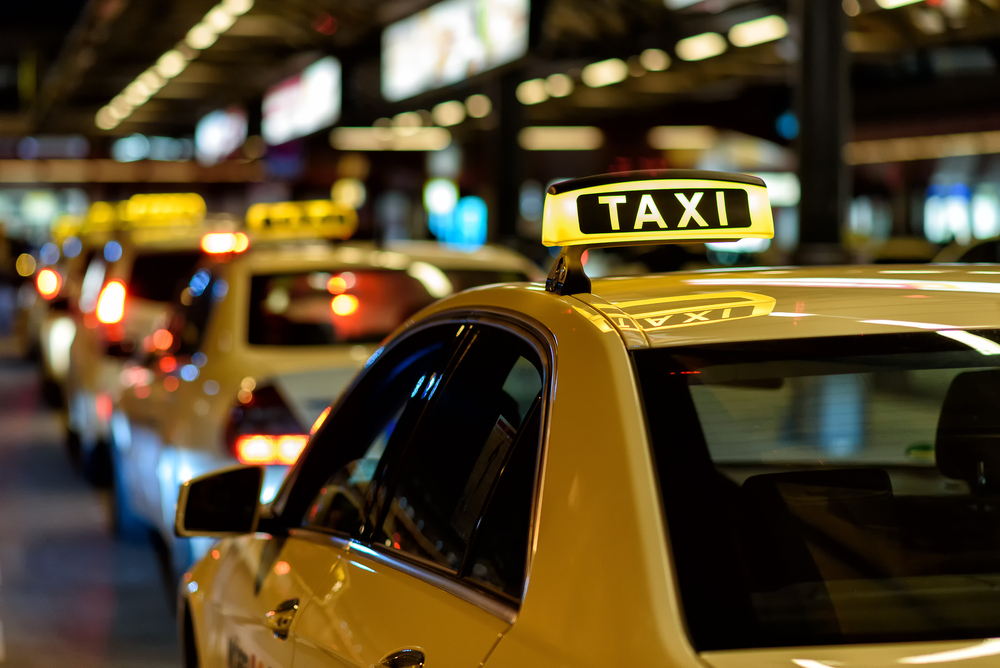 Pictured: The review contrasted the taxi service available to visitors in Guernsey unfavourably with the equivalent services available in other places.

The reviewers found that serious problems exist with supply and demand in the taxi industry. "Passengers can't get the taxi service they need [and] drivers are not making enough money and leaving the industry," they said.

"The period of availability with the most capacity provided is Monday to Friday daytime. Friday and Saturday late night has the next largest capacity with 26 drivers regularly choosing that slot. This pattern of driver availability should be considered against the reported pattern of demand from the public survey undertaken earlier in 2022.

"It can be seen that there is a significant peak in the evening, with the next most frequent slots being late night and early morning. Daytime demand is low, particularly between 07:30 and 12:00. This appears to represent a mismatch between the times of supply and the times of demand, with supply concentrated on weekday daytime provision and demand significantly peaked by time and by day outside this period.

"The public survey confirms this by showing the frequency of reported waiting delays (20 minutes or more) at taxi ranks. It is worth noting that all but six of the 34 full-time taxi driver respondents make themselves available weekday daytimes, but only 18 (53%) choose to work Friday/Saturday late nights." 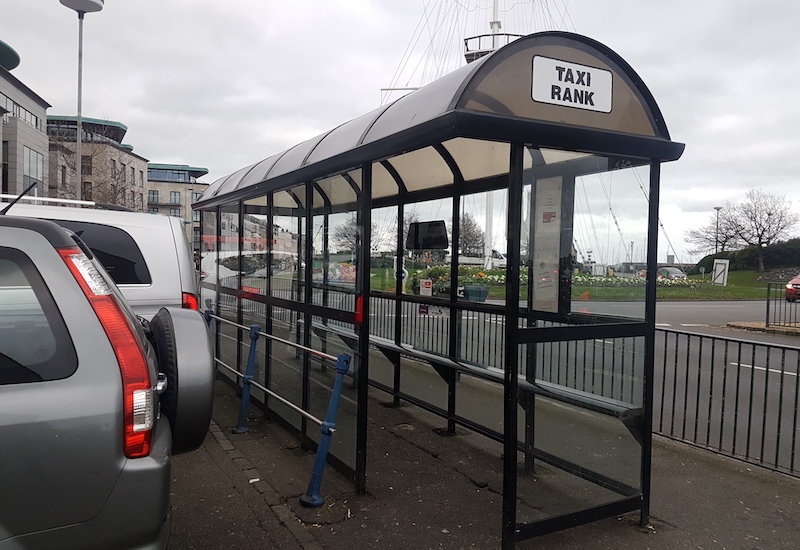 In surveys and interviews carried out with taxi drivers, the reviewers found that: 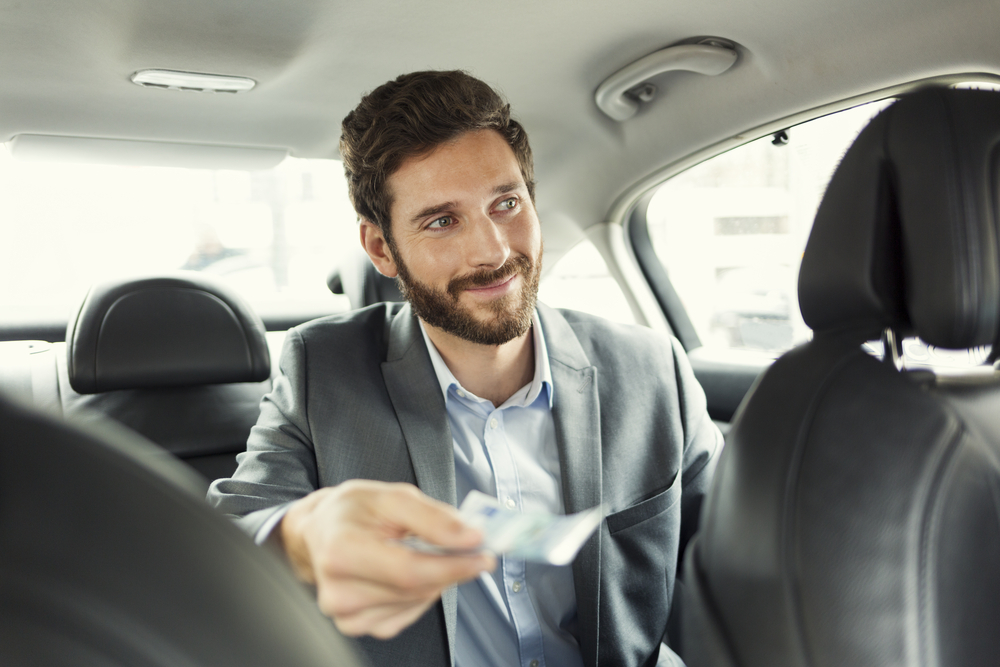 Pictured: The review explains why taxi fares in Guernsey generally need to be higher than in larger jurisdictions where drivers can expect to cover more miles per hour worked.

Complaints about inadequate value for money are common, but the reviewers said: "The small size of the island, combined with the mandatory speed limit, has a major implication for the business model for the taxi sector in Guernsey and is a significant reason why the tariff appears relatively high in comparison to locations across the UK.

"Every taxi journey is a relatively short and slow journey. Consequently, a rate per mile that is higher than most locations in the UK is required in order to maintain driver earnings. This is difficult to explain to passengers, whether they are residents or tourists."

They also found that there has been long-term decline in demand for taxis from various sectors of the market: residents because of "high car ownership and the subsidised bus service"; tourists because "the tourist market, particularly the long-stay market, which was one of the pillars of the post-war Guernsey economy, saw a steady year-on-year decline from the turn of the century to 2014 since when it has mainly stabilised and seen elements of growth"; and business because "the number of business visitors has been in slow decline since 2014".

They were critical of the "lack of attractiveness of the taxi offer in Guernsey", which they said was "reinforced by the results of the public survey and by consultation within the trade itself".

"Whilst there are many examples of high service standards and competency, many within the trade are frustrated at the lack of consistency, with examples of dirty vehicles, poor driver attitudes and unreliability," they said. 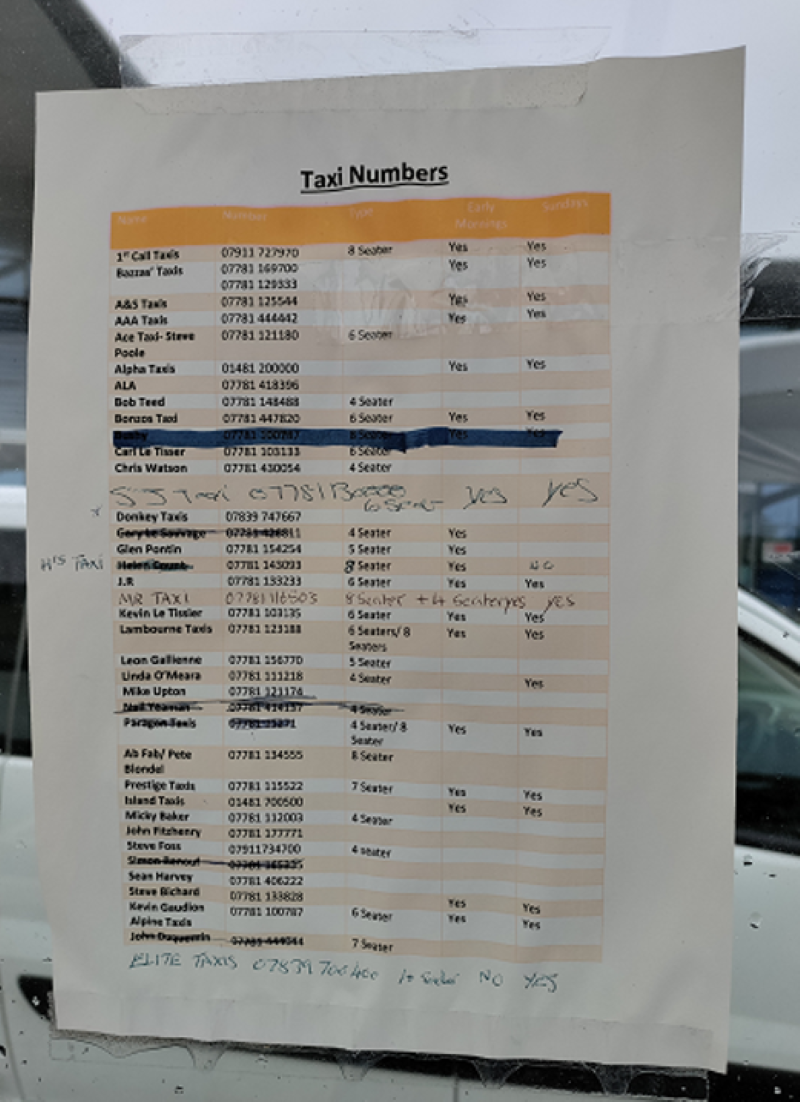 Pictured: Reviewers TAS identified this list of taxi contacts at the airport as an example of how the industry could promote itself more favourably to customers.

The Committee for the Environment & Infrastructure has been advised that wholesale changes are needed to improve the taxi and private car hire industry.

"This review has been challenging because the problems impacting on the taxi sector in Guernsey are deep-seated and cannot be mitigated by minor adjustments," said the reviewers.

"Consequently, there is a requirement for radical change. It is inevitable that this will not suit some stakeholders who are comfortable within the current arrangements.

"However, given the level of consumer dissatisfaction and service failure and the structural inability of the sector to adopt new ways of working, we believe that radical change is necessary.

"A completely new approach is required – one which opens up the market to capacity growth, investment, innovation and a much more flexible labour supply, whilst improving the consumer experience through much easier booking, improved accessibility, greener vehicles and assurances of reliable service.

"The underlying intention of the recommendations is to create the conditions for a taxi and private hire market that will meet the States’ policy objectives in respect of public passenger transport and will play an enhanced role in life of Guernsey residents, supporting access to work, health, education, retail and recreation whilst playing a stronger role in the tourist and business economy." 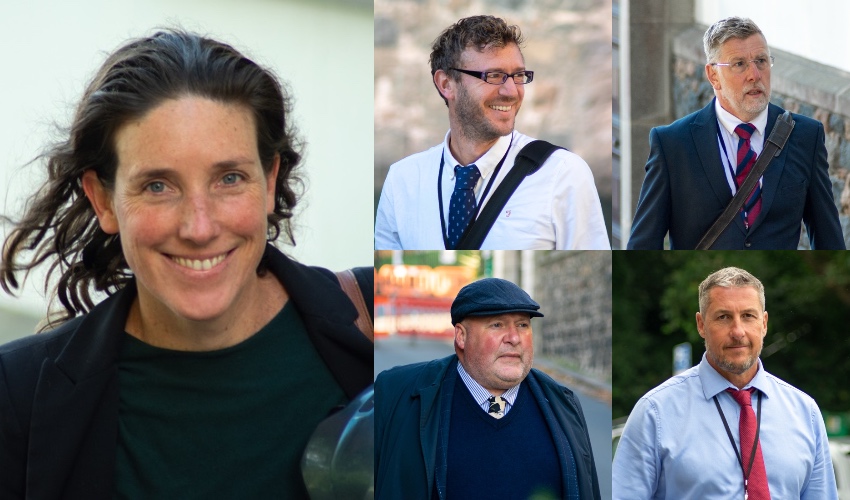 Pictured: The Committee for the Environment & Infrastructure now faces the challenge of leading changes to the taxi industry.

The reviewers have made dozens of recommendations for change, including:

Posted by Thelma Bretel on Sep 5th, 2022
I live in central Canada. Many of the hotels have their own mini buses which are available to pick up/take their clients to the airport. The passengers just need to phone the hotel when they arrive. (By the way, they do not charge for this service.)
Posted by James Collings on Sep 6th, 2022
Simple: do not stop Uber from operating in Guernsey. Market dynamics will sort the rest out.
To place a comment please login Login »

Infrastructure WILL be considered as population grows