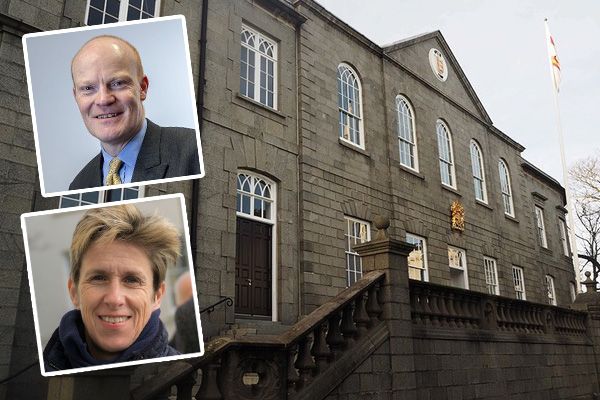 While the requete to install an assisted dying programme on Guernsey was defeated in the States last week, an amendment put to it was agreed upon, and will be taken forward which should lead to improved care for terminally ill residents.

Amendment five to the proposals instructs Health & Social Care to consider measures to improve quality of life and health outcomes in their end of life care.

Deputies voted on this amendment, which will essentially see palliative, long term and end of life care bolstered and developed, 39-1 with only Alderney Representative Louis Jean voting against it. Through the debate, for or against the original proposals, Deputies agreed this was the right thing to do, although some criticised the amendment as an attempt to derail debate.

"[The amendment] fits in perfectly well with what we are already doing, which shouldn't be of any surprise - but it is totally in support of where we are eventually aiming to be, and reflects what the partnership of purpose is about,' Deputy Heidi Soulsby, President of HSC, said.

Deputy Soulsby was put under some pressure in the debate to act as her position as President of the committee which would be most involved with assisted dying - she eventually voted against the requete, though said it had taken "many hours of research and many sleepless nights" to get to that point.

She said she, like many other deputies, thought similar proposals would eventually return to the States, though not any time soon, and added that between this debate and the 2004 requete, the vote gap had closed.

"I am glad this didnt come with a requirement for capacity legislation, because I think it is really important and long overdue at this point, and is something also being looked at," Deputy Soulsby continued.

"The debate itself has been useful for all of the Deputies to fully look at what we provide at the moment, and also for us as a committee to get across what the challenges we are facing in this area are."

Deputy Gavin St Pier, who led the requete from the start, said he was disappointed that it had failed, but said he had known for a time before the vote was taken on Friday.

"I do think one big positive from this [was amendment five], end of life care is a very important topic and it is good that we have been able to talk about it in such detail, and put an emphasis on the importance of palliative care," he said.

"I absolutely think the debate was worth it, as many people said during their speeches, this is a topic which isn't going away any time soon, and we were able to have a shining example of a debate on the world stage."