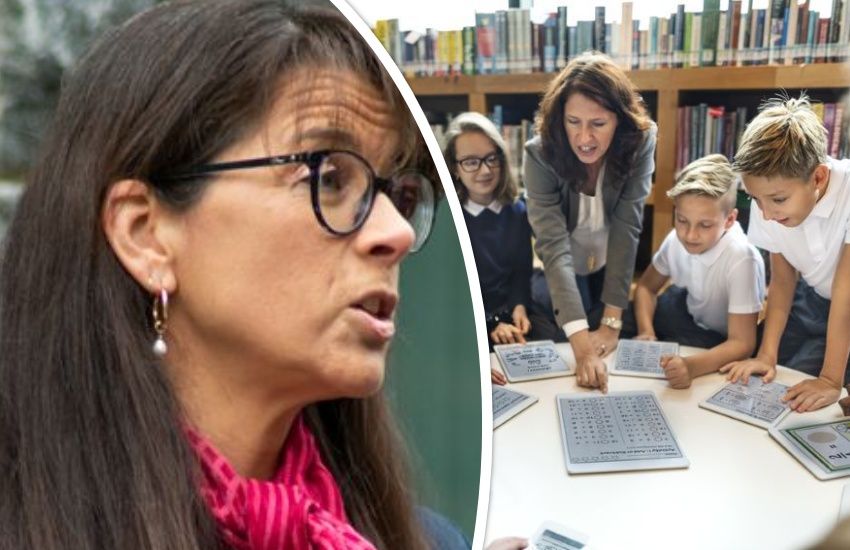 Some deputies are discussing whether to propose a requête to try to force a States' debate on the Committee for Education, Sport & Culture's education strategy.

The President of the Committee, Deputy Andrea Dudley-Owen, pictured top, recently described the education strategy as "the most significant piece of work that the Committee is undertaking and has set in train this term".

The Committee has consistently declined requests to allow deputies to debate the strategy in the States - including as recently as this morning when questions were asked about it in the Assembly.

Deputy Gavin St Pier asked: "Given that other strategies - such as the arts strategy and the Plan for Sport - have been previously scrutinised, debated and approved by this Assembly, and given that there is an absence of detail available other than to the Committee, is there any intention by the Committee to have the education strategy laid, scrutinised, debated and approved by this Assembly?"

In reply, Deputy Dudley-Owen said: "I have no intention of bringing that to the Assembly because what will happen is, having had a say in the actual strategy, the strategy will then stop. So will all the action plans and a lot of the benefits that our children are benefitting from and receiving today in schools. And building on those benefits, so that they're even better, will be stopped right in their course of action when they are reaping the most rewards for our children." 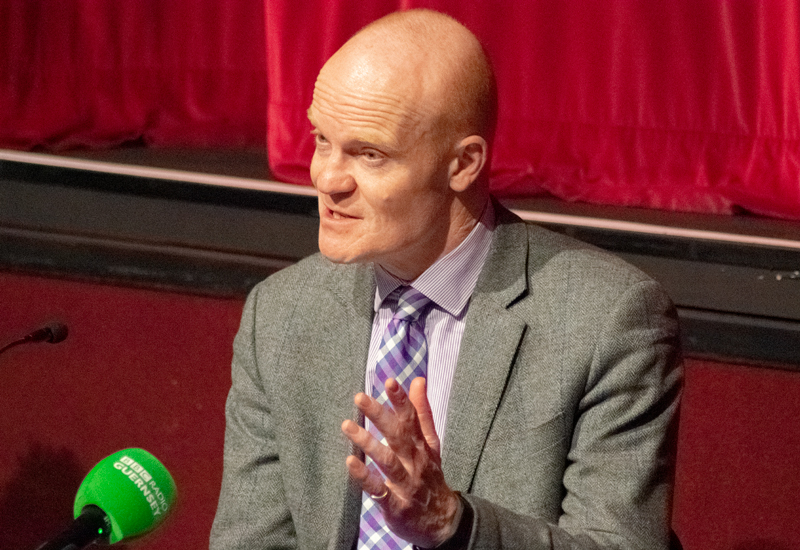 Pictured: Deputy Gavin St Pier said he could not understand why the Committee for Education, Sport & Culture insisted on not presenting its education strategy to the States' Assembly and asked "What are they afraid of?"

Deputy St Pier was unimpressed with Deputy Dudley-Owen's reply. He and other deputies said they would discuss whether to submit a requête but he added that it was too soon to know how many members would back such a move.

"I simply don't understand the reluctance of the Committee to bring to the States what they themselves describe as the most important piece of policy they will deal with this term," said Deputy St. Pier.

"What are they afraid of? It may be another manifestation of the majority of this States that chooses to interpret any question, scrutiny or challenge as opposition.

"Deputy Dudley-Owen said that there are 55 actions under the strategy, but there is no visibility to the States, public or parents what all those actions are, what they mean or on what timeline they are to be delivered. Without that, how do we know if it is all going according to plan or going awry?

"It seems from today that the only route by which the education strategy will be subject to any review and debate, if enough members want it, is by a requête. It's too early to say whether there is the appetite for that route." 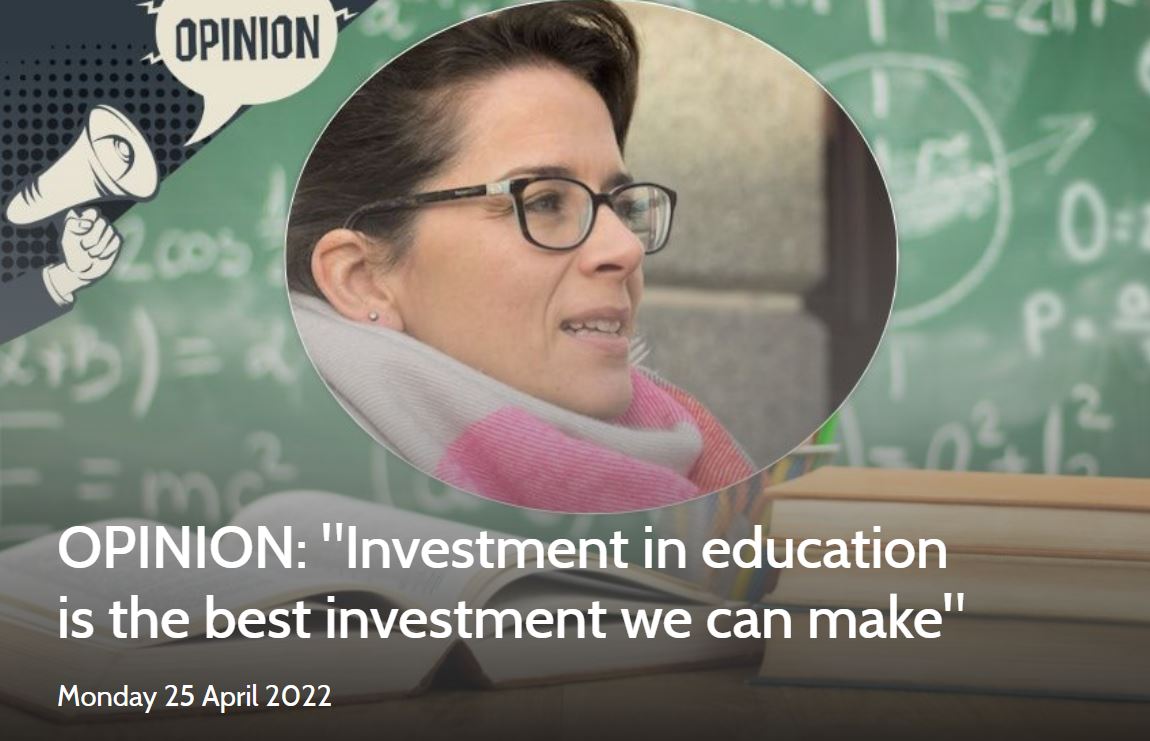 Pictured: An open letter from Deputy Andrea Dudley-Owen about the strategy was published in full by Express earlier this week and can be read HERE.

Deputy Dudley-Owen's view that the education strategy should not be debated by the States drew support from Deputy Neil Inder.

Deputy Inder asked: "Can the President think of a time when the previous two Assemblies didn't manage to make an education issue substantially worse and, if she can't, would she agree with me that the sooner she removes matters of education policy away from the Assembly and stops presenting every five minutes to members of the Assembly, the educationalists - the professionals - can actually get on and deliver the job of education?"

Deputy Dudley-Owen agreed and criticised previous States' Assemblies for becoming "complacent" about the quality of education and "prevaricating" over significant decisions.

She said that politicians "need to step away very much from the operational side of education and leave our educationalists and educators to get on with the job that we pay them to do and trust them to do".

Pictured: Deputy Neil Inder encouraged the Committee for Education, Sport & Culture to stand firm in not submitting its education strategy to the States' Assembly.

"First, I'll remind [States'] members again that members were involved in the creation of the education strategy when we requested their input in December 2020...so members have already had a hand in creating the strategy," said Deputy Dudley-Owen.

"I stood here in this chamber 18 months ago and put myself forward as the President of the Committee unopposed and unanimously elected. I set out my vision then. I set out what I felt was the outline of what the strategy would be. Members fed into that in December [2020].

"A strategy for me is a framework under which action plans lie. On top of that is a purpose or a vision or an aim. That's how I see it."

Pictured: Deputy Peter Roffey wants parents to be provided with more information about the education strategy.

Deputy Peter Roffey asked for the education strategy to be published, even if the Committee did not want it to be debated by the States.

"Would the President agree to publish the 55 action plans that sit under the overarching strategy so that all stakeholders - and in particular parents, who are the most important stakeholders - can see the work that is going on to translate the four overarching principles into action?" asked Deputy Roffey.

In reply, Deputy Dudley-Owen said: "I think that it would be a very good idea to have a presentation on this and I'll be inviting States' members yet again to one of our webinars or to a face-to-face presentation so that we can get as many people in the room as possible...to be able to give members a really good idea of what is going on in our schools.

"I think that's a brilliant idea and thank you [Deputy Roffey] for starting off the process of having a presentation on this very matter and a release afterwards so that we can share that with members of the public."