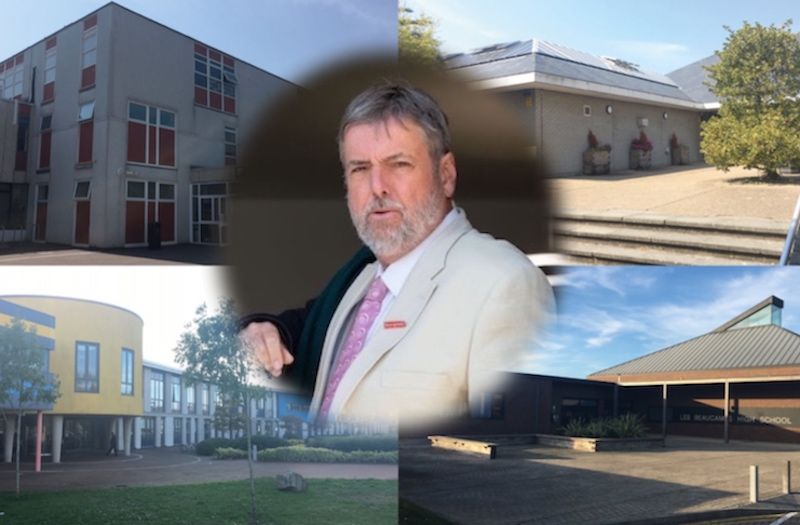 A former Education Committee member's bid to devolve school governance away from "the dead hand of government procedures and the bureaucracy of centralised control” was unsuccessful.

It briefly appeared that Deputy Peter Roffey’s amendment had been successful – when Bailiff Richard McMahon asked for the Assembly to vote, the vocal response appeared to be in favour.

However, a recorded vote was requested, and the result taken by the Greffier revealed 14 for and 26 against.

“Well, members of the States, it just goes to show how loudly some Members can shout, doesn’t it?" said Mr McMahon.

Deputy Roffey was adamant that his amendment was not an attempt to make Education, Sport & Culture accept the contents of the Education Law that had been drafted by his committee in the last term of government.

Nor was it “an attempt to impose a timetable on any debate on the new Education Law, even though heaven knows it’s decades overdue,” he said.

“There is nothing that seeks to prejudge what sort of model of secondary education should be adopted. The original resolution on Local Management of Schools was drafted on the presumption of moving to the so-called two-school model.

“That was natural as it was States policy, and still is today, but this amendment definitively breaks that perceived link and makes clear that in supporting the principle of the Local Management of Schools that it does so under whatever model and that a completely separate decision on school structure remains to be taken by this Assembly." 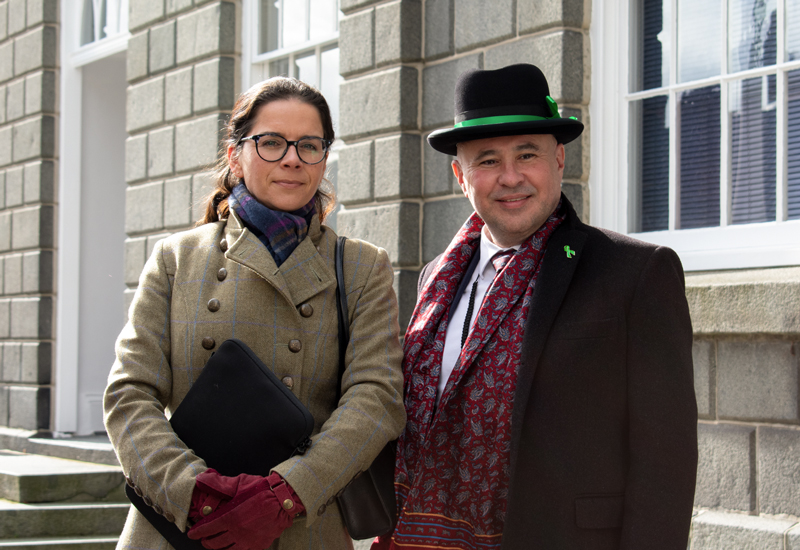 Pictured: ESC President Andrea Dudley-Owen and Deputy Carl Meerveld were among those to vote against the amendment. Deputy Dudley Owen said her committee would report back on change to the Education Law within 18 months. For the moment, she said that resources need to be focused on the transformation of secondary and post-16 education.

He said the point of the amendment was to ensure that when ESC brings back proposals for a new Education Law, the concept of meaningful devolution of governance should definitely form part of those proposals, whatever school model is adopted.

LMS had proven benefits in seeking school improvements, he argued, and wherever practical, it was desirable “to free activity and service-delivery from the bureaucracy of centralised control, from the dead hand of government procedures”.

“It is not school buildings that really makes great schools, it is what goes on within them,” he said. “It is crucial for our schools to have inspirational leaders and to empower them. The trouble is that our school leaders are currently disempowered. They come to Guernsey and they are hamstrung, and that has three impacts: it makes it harder to recruit the best; we will, and we have lost good school principals out of frustration; and when we do manage to recruit and to keep them, we are not taking full advantage of their talents.”

In response, ESC President Deputy Andrea Dudley-Owen said that ESC was committed to delivering a policy letter for the new Education Law to the Assembly in an 18-month timeframe which would include “a hook on which to hang a governance framework”.

“The extant resolution is among the recission list for two reasons: it was drafted specifically for the two-school model; and it ties the Committee to deliver the Education Law as an immediate priority.

"It would have been helpful to have had contact with Deputy Roffey in advance of him laying this motion, to have those important conversations.”

Deputy Dudley-Owen wanted to dispel some myths, she said, and took a swipe at her predecessor as Committee President.

“The Education Law Policy letter is not ready to go. There are some 37 proposed resolutions and 162 pages of policy consideration in the draft policy letter prepared by the previous Committee and circulated at a minute to midnight on the eve of the outgoing President’s last day in the States, something of a theme that has emerged. 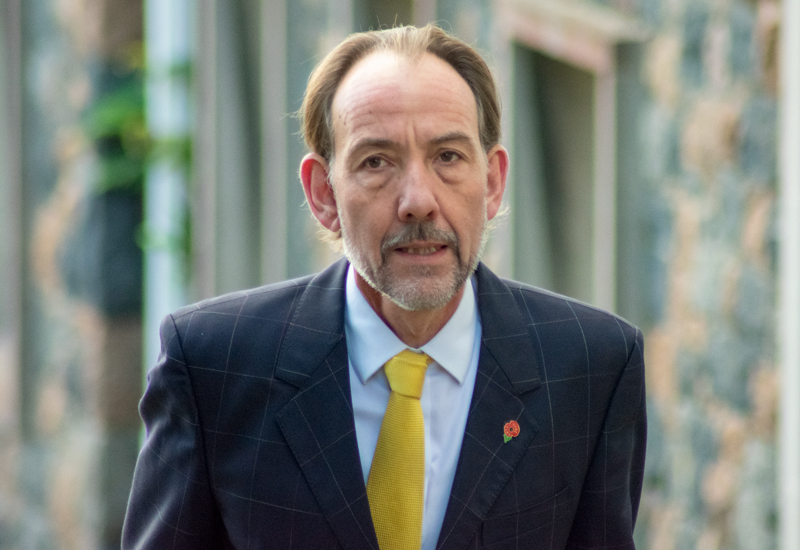 Pictured: As a recently-retired member of the Elizabeth College Board of Governors, Deputy Steve Falla was in favour of Deputy Roffey's amendment to the Government Work Plan. Governors, he argued, bring meaningful challenge to the head teacher in the leadership and direction of a school, and help to give a school "character, culture and personality.”

“It is something of a heavyweight in the making and while a large amount of work has been done, it is far from ready for presentation to the States. There is a glaring omission of a sizeable and complex policy area relating to this matter on governance, not to mention other sizeable issues, revealing that any assertion that the policy letter is ready to go is a considerable exaggeration.”

Draft legislation was not ready to go either, Deputy Dudley-Owen said.

“Devolution is a complex, technical process, requiring a model to work with, a budget formula, and capability. It also needs extensive consultation with the profession.”

She said: “I agree with many of the comments made by Deputy Roffey and I have every sympathy with the proposers of the motion in wanting to make sure that the governance provision is in the new law.

“I can assure them that this Committee will indeed do that, but we do not need a resolution to achieve it. And please, I don’t want Members to be under any illusion: there is a sizeable amount of work for my Committee to do in this area before it is ready to come to the States in the timeframe we have stated.

“So, I ask Members to trust me and this newly elected Committee and to take us at our word. The Amendment is not necessary; please don’t support it. We’re doing the work.”

Chief Minister Peter Ferbrache said that he did trust the Committee.

“They are picking up something left behind that frankly should have been much further advanced than it was. In about 18 months’ time, let’s look at it then,” he said.

Deputy John Gollop said he felt that: “Every member of the Assembly is broadly keen on the evolution of governance towards less bureaucracy, less centralisation, and more local management of schools by people who are able to do that role.”

As a recently-retired member of the Elizabeth College Board of Governors, Deputy Steve Falla said: “I have seen this type of governance structure work very well indeed: having a team of Governors or Directors supporting or challenging a head teacher in the leadership and direction of a school, and giving that school character, culture and personality.”

Deputy Meerveld supported a degree of LMS and the idea of a board of governors, but “the devil is in the details,” he said.

“While I am in favour of what the Amendment is trying to achieve, I am not in favour of supporting it now. I will support the Committee in doing their work. It is a discussion for a future date.”

The amendment lost by 26 votes to 14 when voted on by the States.