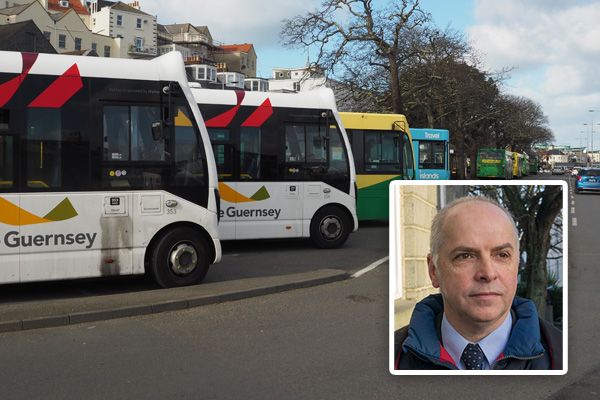 Guernsey needs to act now in replacing its old buses, Deputy Barry Brehaut, President of Environment & Infrastructure, has said, adding that they are hoping to incorporate alternatively fuelled vehicles in phase three of their replacement programme.

This comes after the committee announced its plans for the second phase of its programme earlier this week, in which it is hoping to purchase another 22 StreetVibe buses.

Guernsey will have a total of 34 of the new buses when the new vehicles are purchased, as 12 of the diesel buses are already in operation. The next phase will see the remaining 22 Dart buses replaced. They came into service in 2003, with eight Dart Nimbus' then introduced in 2004 and 2005.

Since the replacement programme for the Darts began, there have been calls from members of the public for E&I to look into using alternatively fuelled vehicles such as electric buses.

"Why not electric? York has just signed a £3.3 million contract to buy 24 electric buses, so why is Guernsey staying with diesel? We are told 'it’s not the right time' by the Minister for Environment with little explanation but there has never been a better time, as it’s now or live with these diesel burners for 15/20 years.

"Environment constantly drive the motorist through charges to change their habits to cleaner fuel options, rightfully so and the charges on diesel emissions clearly show their position on trying to reduce diesel sales. If this decision to fund diesel buses is passed what does it tell us 'do as we say, not as we do' and sends out a message, 'buy diesel as it’s not the right time for change' " he said.

"The Deputies who support 'environmental changes' during this term can take this opportunity to really nail their colours to the mask because if this goes through clearly their 'green credentials' will be questioned." 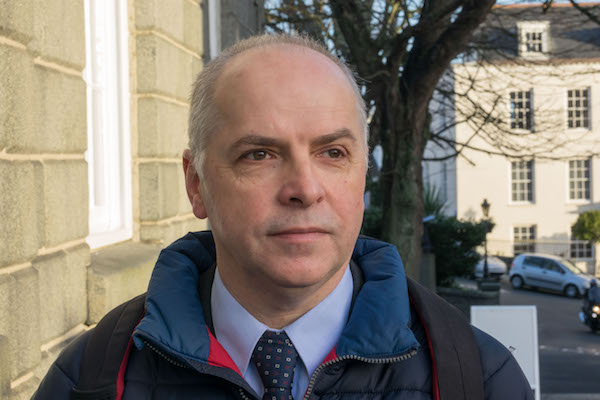 "When E&I embarked on the second phase of the bus procurement programme we were keen as a new committee to look at the options with an open mind, we assumed electric vehicles would be part of phase two," Deputy Brehaut said.

"However, considerations such as range, cost per unit, width and capacity meant it has not proved possible at this time. Also, there is no existing infrastructure, cables in the ground, commercial charging points either at the terminus or bus storage site."

Only yesterday it was announced the the small island of Catalina in California will be purchasing an all-electric bus and coach fleet for its tourist industry. Catalina is a small tourism island in the channel of California, just south of Los Angeles, and with a very small population of just over 4,000, it will purchasing three BYD C6 electric buses as tourist shuttles. The vehicle has a range of around 125 miles on full-charge, and are 23 feet long. 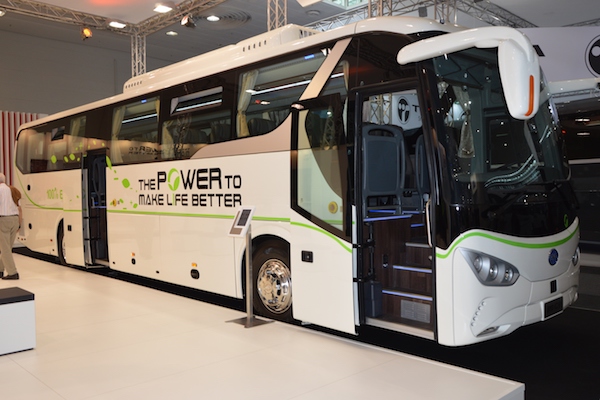 Above: The BYD C6 motor coach.

"There are many small communities in population terms, that do use smaller mini buses, but we now have 1.7m. users and schools to service too," Deputy Brehaut continued.

"The new fleet of buses will be in excess of 90% less polluting, we have inherited 15 year old buses that are far too polluting, we need to act now. We also spent 65k in 2017 repairing the chassis of some of the 2003 vehicles, we cannot afford to delay this procurement process any longer.

"We are trailing alternatively fuelled vehicles and hoping to incorporate electric vehicles in phase 3 of the programme."

A spokesperson for Environment & Infrastructure added that the committee did remain committed to providing a more efficient and cleaner fleet, but also did say that there were significant reductions in emissions with the new StreetVibe buses as well.

"While the desire of the Committee and its predecessor to explore alternative technologies, such as electric buses, has been there since the outset of debate on this issue, the availability and suitability of these alternative options does not currently represent a viable option for Guernsey. The use of large electric buses is becoming widespread in Europe and manufacturers are beginning to apply this technology to smaller buses.

"As this technology develops, the cost of purchasing and operating electric buses is likely to become more affordable and the range extended to cater for a full- or near-full day of operations. However, at this stage, because alternative fuel buses of an appropriate size and range are not readily available it is accepted that a further order of diesel buses remains the most viable and economic solution for Guernsey at this time."

Below is the revised vehicle replacement proposals: 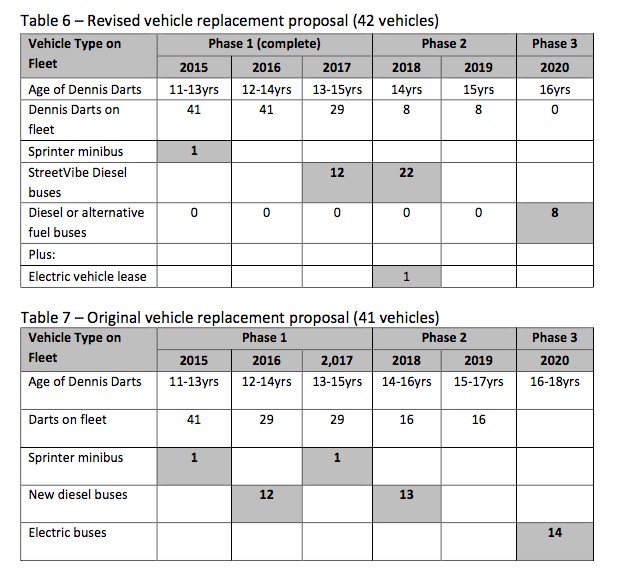