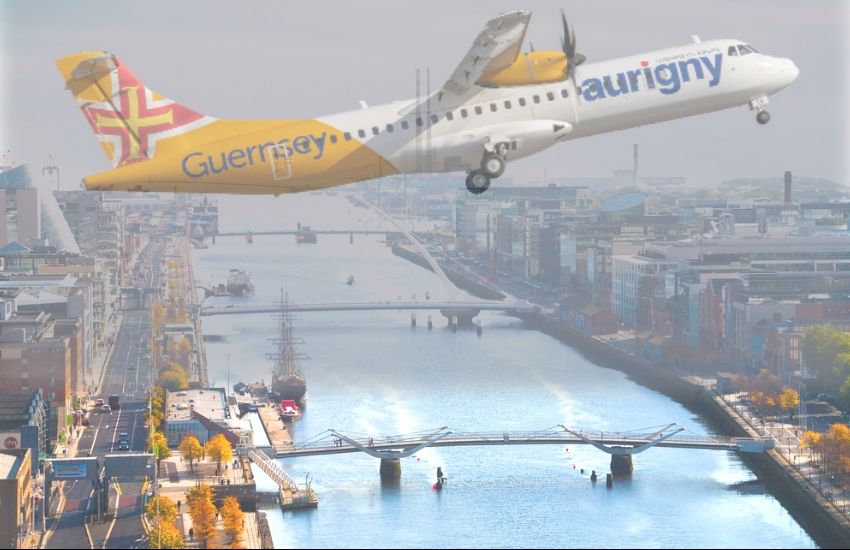 Auringy “has indicated it will have to consider suspending” its beleaguered Dublin route if a “temporary or permanent solution” cannot be delivered soon, according to Deputy Peter Roffey.

The President of the States’ Trading and Supervisory Board (STSB) added that “transferring passengers to and from Belfast by coach is not sustainable – even in the short-term,” in response to Rule 14 questions submitted by Deputy Simon Vermeulen.

Guernsey to Dublin flights were operating under a temporary post-Brexit Air Services license to enter Ireland, which is in the European Union, directly from Guernsey airport.

That license expired on 10 April, and Express reported that passengers would require transfering to Dublin from Belfast airport, which is inside the Common Travel Area, via coach.

Deputy Vermeulen questioned if Aurigny “will be applying for a European Air Operating Certificate” to circumvent these issues brought about by Brexit.

But Deputy Roffey has now confirmed that “only airlines that are based in and have their principal place of business in the [EU] are able to apply for and be granted” such a certificate.

Aurigny does not fall under this requirement, said Deputy Roffey. 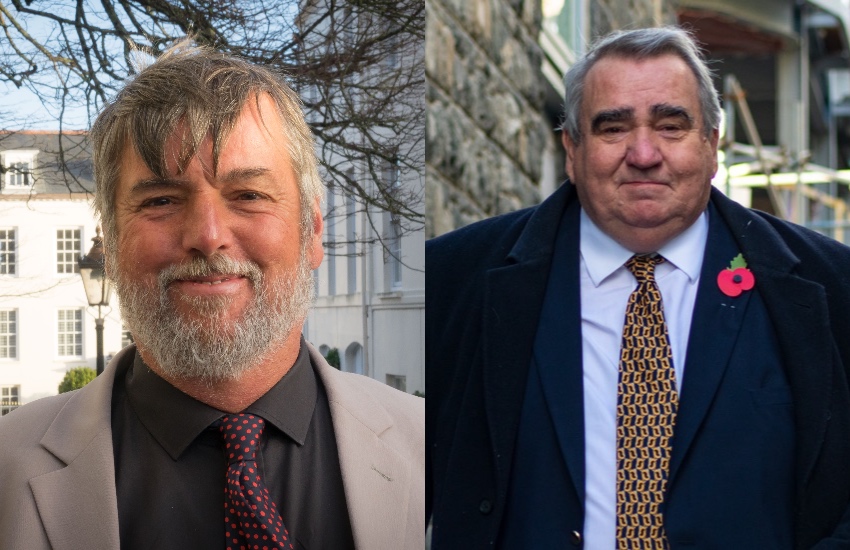 “The Trade & Cooperation Agreement (TCA) between the UK and EU, negotiated as part of the Brexit arrangements, is a multilateral agreement which, inter alia, permits most UK registered airlines - those that that previously held EU operating licences - to fly into the EU,” continued Deputy Roffey.

“This does not preclude Aurigny from flying into EU countries, but instead of flying in under the TCA, Aurigny needs to fly in accordance with bilateral agreements between the UK and the relevant EU Member State.

“If the terms of the relevant bilateral agreements do not permit flights by Aurigny to the intended destinations, it is possible to ask the UK to re-negotiate them to enable Aurigny to operate (which has already been done in relation to some jurisdictions) or for the other State to permit flights on an extra-bilateral basis."

A permit was granted to Aurigny in 2021 for flights to Dublin, and Aurigny “assumed this would continue into 2022”.

Deputy Roffey said the Irish authorities “have not been able to grant a renewed permit for the whole season” which is why a temporary arrangement was necessary.

The UK Government has requested an amendment to the bilateral air service agreement “to secure the ability to fly between Guernsey and Dublin without interruption in future,” but these alterations are not yet finalised. 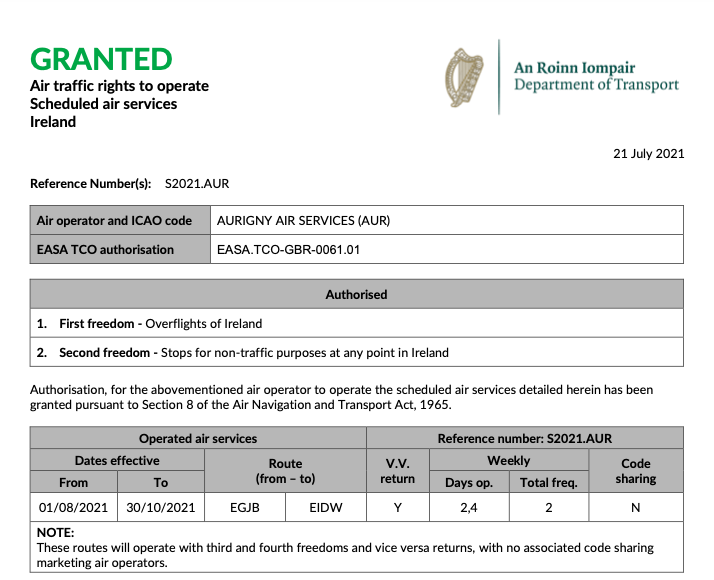 Pictured: Deputy Roffey shared the 2021 document which permitted Aurigny to travel to and from Dublin.

Until these amendments are finalised, and because the temporary agreement has expired, passengers travelling on the Dublin route will continue to be diverted to Belfast first.

“The STSB’s understanding is that both the Irish and UK authorities are working proactively and constructively to address the matter so that direct flights to Dublin can be resumed as soon as practicable,” said Deputy Roffey.

“However, transferring passengers to and from Belfast by coach is not sustainable – even in the short-term – so if a temporary or permanent solution cannot be identified very soon, Aurigny has indicated it will have to consider suspending the operation."

Direct flights to Dublin in jeopardy