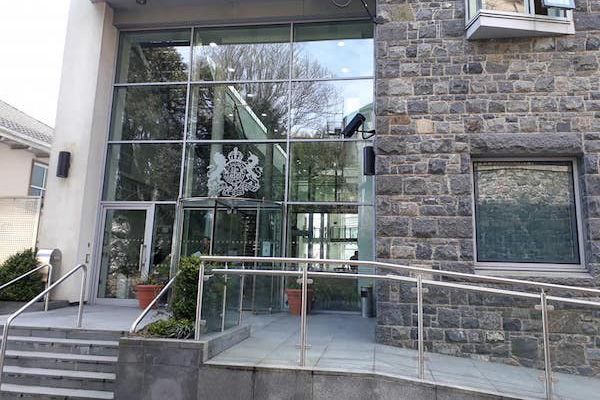 After a night with friends playing drinking games, a 48-year-old man went into the wrong house and became abusive when asked to leave.

Jason Byrne, 48, was trying to find his way home after a night of heavy drinking on New Year's Eve but entered a stranger's property in Rue Maze.

The house was empty at the time, but when the occupier came home, she found Byrne inside. She tried to get him to leave, but the Court heard that he became noisy and abusive, and at one stage grabbed her by the wrists. She broke free, ran into her garden, and called 999.

At 02:00 on New Year's Day, police went to the house, found Byrne in the hallway, and arrested him.

In interview, Byrne said he could not remember the incident or the arrest. The Court heard that he may have been trying to find his way to a relative's house. He could not dispute any details given by the victim because of his state of intoxication.

The Court heard details of a letter the victim had written. She wrote that she was scared that Byrne would attack her, and she had a fear for her safety.

Byrne had been before the Court before for drink-related offences and an assault.

In his defence, Advocate David Domaille told the court that Byrne had written a letter of apology to the victim. He had immediately accepted what he had done and had pleaded guilty at the earliest opportunity. He had no excuse for what he had done and was distressed by his actions.

The Court heard a character statement from his employer that Byrne was hard-working, honest, reliable and a valuable member of staff. There were several references from long-time friends.

Advocate Domaille said that Byrne was under no illusion as to what would happen if he reoffended. He had not breached his bail, he had avoided alcohol and was determined to stay alcohol-free.

Judge Gary Perry gave Byrne credit for his guilty plea but said that he had made no effort to leave the house when its resident told him to.

He said that when homeowners find someone in their own home, it can have a significant impact on their feelings of safety.

“You got yourself into a state where you were not able to be responsible for your own actions. You have only yourself to blame," Judge Perry told Byrne.

Women will have a genuine fear of what could happen next, Judge Perry said. “Having trespassed, you increased her fear by grabbing hold of her.”

Byrne was sentenced to six months in prison.