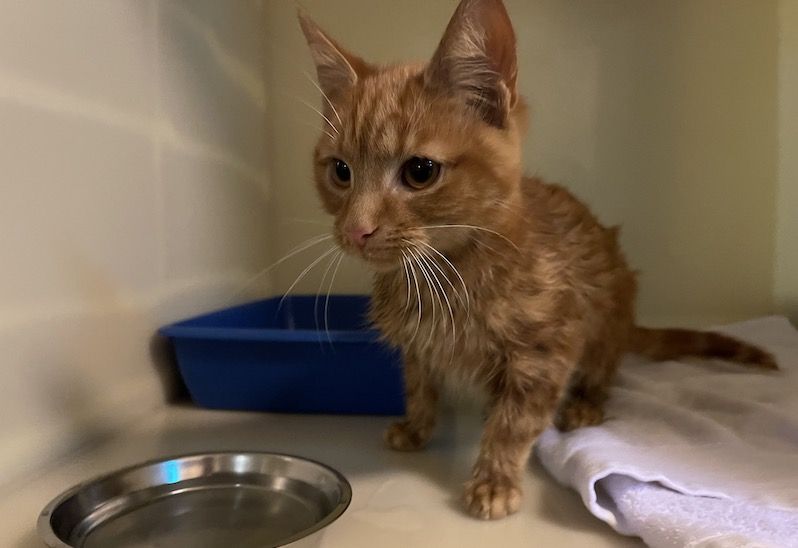 A kitten was rescued after getting trapped in a water feature early on Friday morning.

The ginger kitten was freed by a member of the public at 04:00 in the Doyle Road area and taken to the animal shelter.

Despite arriving at the GSPCA “very bedraggled”, the kitten seemed well following his ordeal and appears to have a few lives yet.

“Sadly animals have to be rescued from pools and water features every month," said GSPCA Manager Steve Byrne. "It is really important to ensure there is a way trapped animals can get out, as many try to give them to drink from.”

'Mister' has now been reunited with his owner. Mr Byrne suggested it might be the kitten's last late-night escapade for a while.

“We are sure Mister will have learnt a lesson from his ordeal and we have been informed he is being kept inside for the time being just in case.”

“We have also been informed that action will be taken with the water feature to prevent this from happening again," he added.

Rehome or be homeless - the "increasing" problems facing some dog owners

"Would you leave me to die?" GSPCA warns against leaving dogs in cars