Drag queen “not the most appropriate role model” 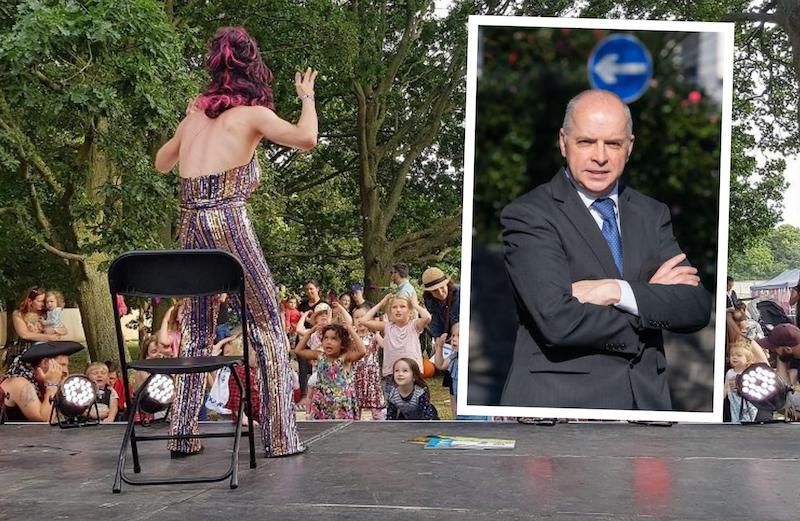 Drag queen “not the most appropriate role model”

A Deputy has hit out against the name and online profile of a drag queen who has been brought to the island to perform to children later this week.

However, Deputy Barry Brehaut questioned whether a play-on-words of ‘ADHD’ was an appropriate name for someone performing to children in a series of tweets to the organisers.

"A drag act is essentially for adults, and I don't think the play on words ADHD lends itself to a performance in a children's library," he explained to Express.

“This person is not a children’s performer – it is a gentleman who is a drag queen and who usually plays to an adult audience and perhaps that kind of play on words works in that context.”

Deputy Brehaut highlighted some tweets Aida H Dee had posted, including one about how many Jager Bombs they could drink in 25 seconds.

“The online profile of this performer suggests they are not the most appropriate person to be giving performances to children,” he said.

Although he noted there was a “pantomime” aspect to drag queens, he said it was the wrong message to send out to young people.

“A drag act is not the best role model for either young men or women, as the performers rely on outdated stereotypes from ultimately a male's perspective," he said.

“Especially for younger women because they are being represented by someone in high heels, big hair and exaggerated make-up.”

Deputy Brehaut is also concerned by the way the performances have been advertised. The promotional text states that: “Drag Queen Story Time captures the imagination and play of the gender fluidity of childhood and gives kids glamourous, positive, and unabashedly queer role models.”

The St Peter Port South Deputy said: “I think most people would struggle with the concept of gender fluidity for example. I am supportive of Pride but I think they have moved the agenda on. You need to take society with you and to introduce a concept like gender fluidity, that’s something that is new to most people and people need to understand what that is before you present it to children.”

I'm with Deputy Brehaut on this one. Silence from other Deps I note https://t.co/Ti1UYHMkXt

Responding to Deputy Brehaut's criticism, Drag Queen Story Time explained the choice of name by saying that Aida has ADHD and uses the performances "to provide representation for the children, who like them, have the condition."

On the content of Aida's tweets, the company said their drag acts are not exclusively children's performers, and that no behaviour that is "even remotely inappropriate for children" is performed in front of minors.

Tweets about alcohol, it added, are "completely irrelevant to the performance in question".

"If anything even remotely inappropriate occurred, we wouldn't have operated for over three years," the company said.

More information about the storytelling sessions, which have been billed as a "one-off event to celebrate diversity and inclusion", can be found here.