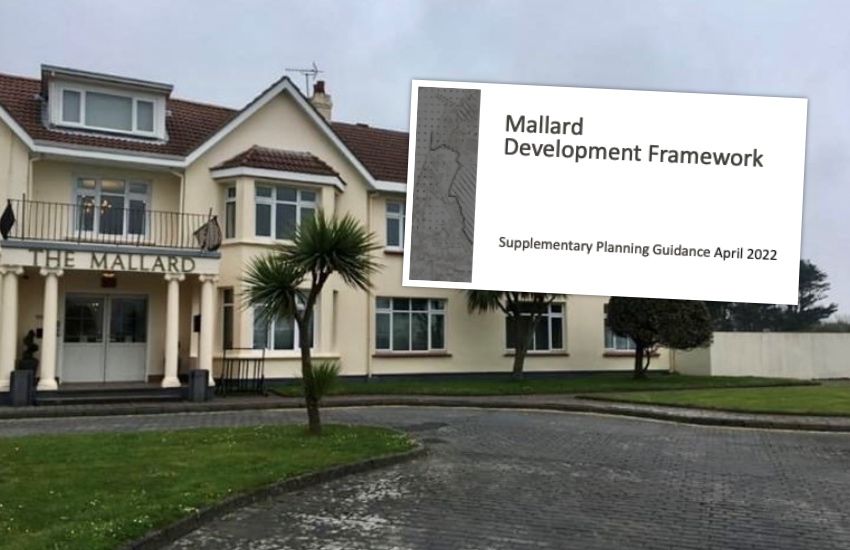 The Development & Planning Authority has approved a Development Framework to create specialised housing at the Mallard site in Forest – which the DPA says will help increase the stock of additional extra-care accommodation, nursing, and residential homes.

The Framework states that “any development will have a relationship with the existing features and buildings on site,” including the cinema, restaurant, and other facilities. The site boundary also includes an agricultural field to the south of the Complex.

The draft Development Framework was the subject of a public consultation for six weeks, ending on 26 January. A number of responses were received from consultees including States Committees, agencies and the public.

The States say the purpose of a framework is to provide broad, comprehensive and practical guidance on how policies in the Island Development Plan will be applied to a site, and includes a detailed appraisal of the site and the surrounding area.

Any development should be of a form and density appropriate to the surroundings of the site and the local area. The exact number of dwellings achievable depends on the detailed design response to the guidelines and identified constraints contained within the framework.

This is in addition to any specific requirements that would be essential for a specialised residential development. 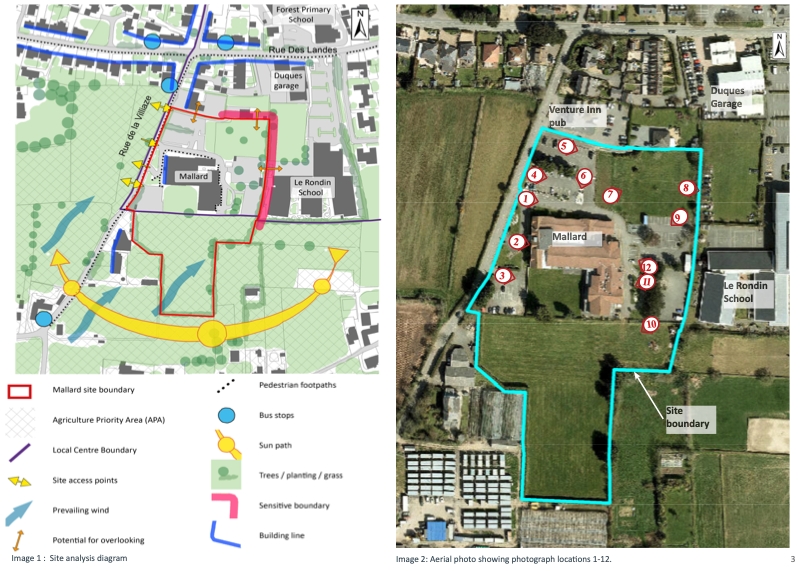 Pictured: The Framework identifies the boundaries of the site, including a sensitive boundary around Le Rondin School.

The States say whilst there was broad support for specialised housing at the site several other concerns were raised:

The DPA says that all these concerns were considered fully, and several amendments were made in response to the comments received before the final Development Framework was approved.

They acknowledged that the Mallard Complex is an important facility to the island and its continued viability is an integral part of the Development Framework.

But it was noted in the site analysis that “parking is likely to be an issue as the site is used island wide for events or films resulting in parking requirements that will fluctuate,” and so any planning application must take this into account.

The Planning Service and the Development & Planning Authority thanked all respondents for their interest and engagement.

The Development Framework for the site can be viewed in full HERE. 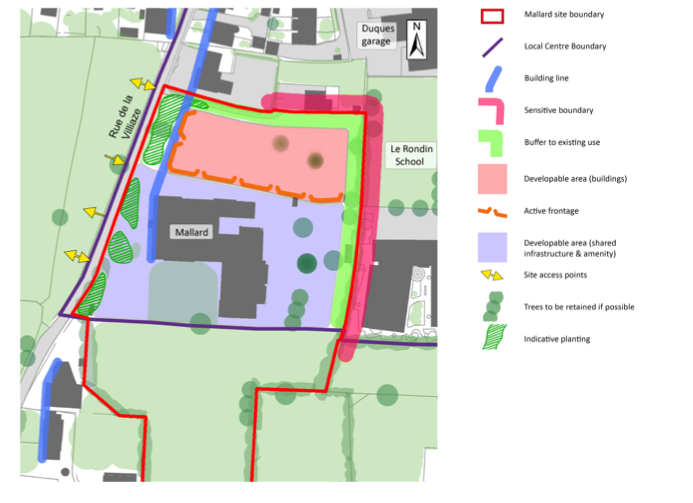 Pictured: The Framework identifies the southerly land as an Agricultural Priority Area and is therefore not earmarked as a developable area.