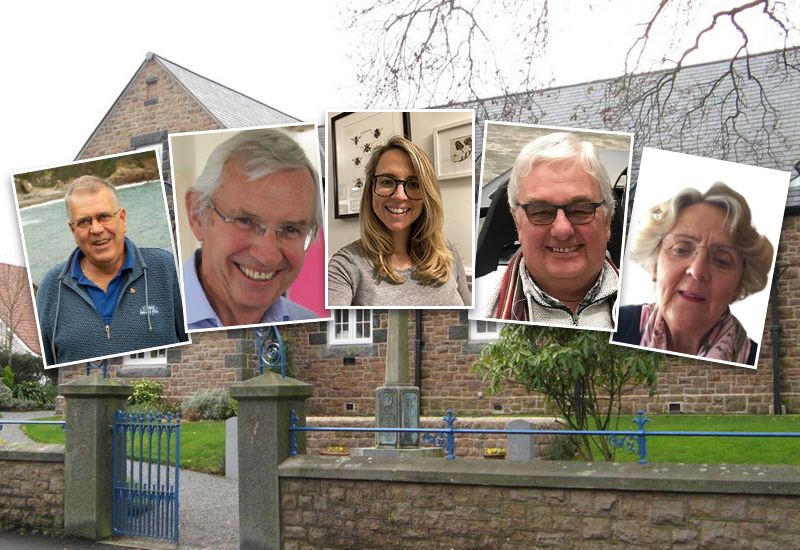 Incumbent Peter Dorey topped the poll with 179 votes but newcomer Charlotte Le Tissier, who was elected in fourth place, polled 142 votes. Ben Gregg was re-elected with 162 votes and former Constable Cynthia Cormack was elected with 160 votes. Andrew Castle placed fifth with 104 votes and was not elected.

The number of women on the St. Martin's Douzaine jumped from one to three.

Charlotte Le Tissier (pictured top, centre, alongside the other candidates), who was standing for the first time, said she was delighted to receive the backing of parishioners.

"I am elated - and excited to be able to be part of supporting our parish," she said. "I am very thankful to all those who took the time to support and vote today.

"I am passionate about the parish and all it provides to our local community. Through the role of Douzenier, I hope to take an active role contributing and supporting parish life. I wish to learn first what it takes to maintain our parish, but always to ensure a younger representational voice is heard."

Ms Le Tissier was working during the day as St. Martin's voters went to the polls. But she had worked diligently canvassing in the run up to polling day, including on social media, knocking on doors and newspaper articles.

The number of women on the St Martin’s Douzaine jumps from one to three with the election of Cynthia Cormack and Charlotte Le Tissier. Congratulations!! pic.twitter.com/aJuf3nNxKF

Pictured: Women in Public Life, which encourages and supports women to enter public roles, celebrated the outcome of the election result in St. Martin's.

In the election for six Douzeniers in St. Peter Port, women took three of the first four places in the poll. 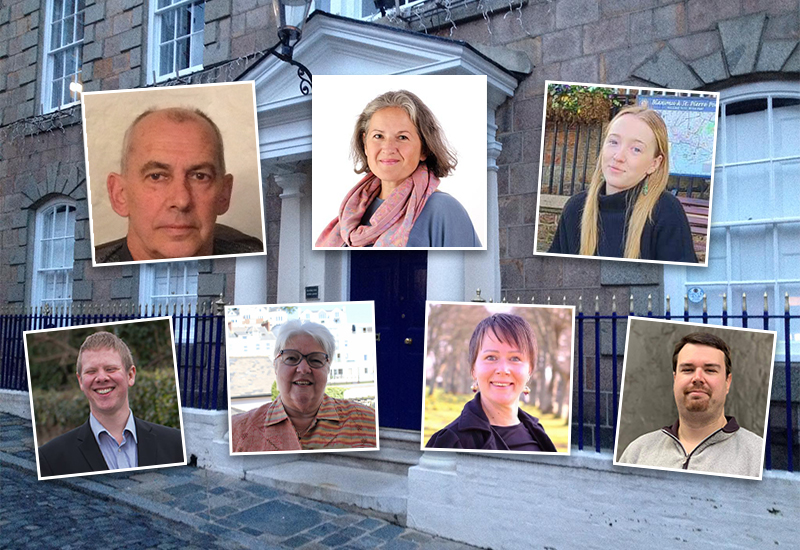 Pictured: The seven candidates who stood for six seats on the St. Peter Port Douzaine.

Diane Mitchell said she "felt elated as there is no certainty in these things".

"I hope to be able to focus in particular on the changing role of the Douzaine now we’re in to island wide voting, what the Town can offer in terms of housing and entertainment, and how we will manage with the climate agenda," she said.

"The people I’ve met seem a great bunch and I hope that as a team we will be able to contribute to solutions for all our residents."

Mrs Mitchell was formerly a senior educationalist nationally. Last night she was also elected to the Amherst and Vauvert Schools' Committee.

"I'm delighted to be able to contribute to the Schools' Committee," she said. "I'm really looking forward to meeting the staff and children and supporting their work in what could be a tough winter with covid."

Pictured: The official declaration paper of the result of the election of Douzeniers in St. Peter Port.

Shelaine Green, Chair of Women in Public Life, was able to reflect on elections which increased the participation of women in parish politics.

"What a joy to see all six female candidates elected as Douzenier tonight," said Ms Green.

"Such diversity too - Charlotte Long is the youngest-ever candidate and Evita Bormane is the first person from Latvia to hold elected office in Guernsey. St. Martin's currently only has one woman on its Douzaine which makes it the parish with the lowest female representation in the island. So we're particularly pleased that Cynthia Cormack and Charlotte Le Tissier will be joining Carla Bauer there."

Bridge pole clutter to be culled