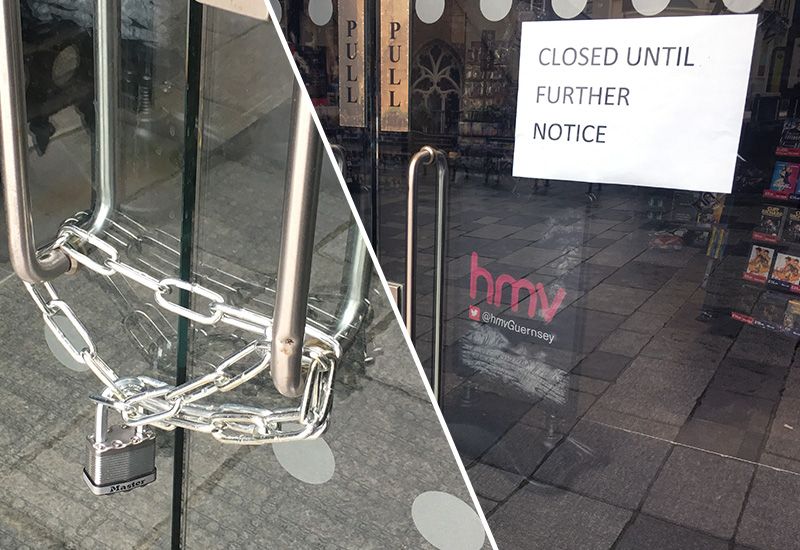 Guernsey's HMV store has been shut with immediate effect by the firm's administrators, which have announced 27 branches are closing nationally under the firm's new owners.

Canadian firm Sunrise Records has bought the collapsed music chain and said it will buy 100 of its stores out of administration, securing 1,487 jobs. But Guernsey's is one of the remaining sites that will be closing for good, KPMG announced this afternoon.

Administrators KPMG had said they would tell staff this morning if their store is closing before saying which stores will be lost.

They've since confirmed the list of store closures which as well as Guernsey, includes the company's flagship Oxford Street branch, which was the first HMV store. 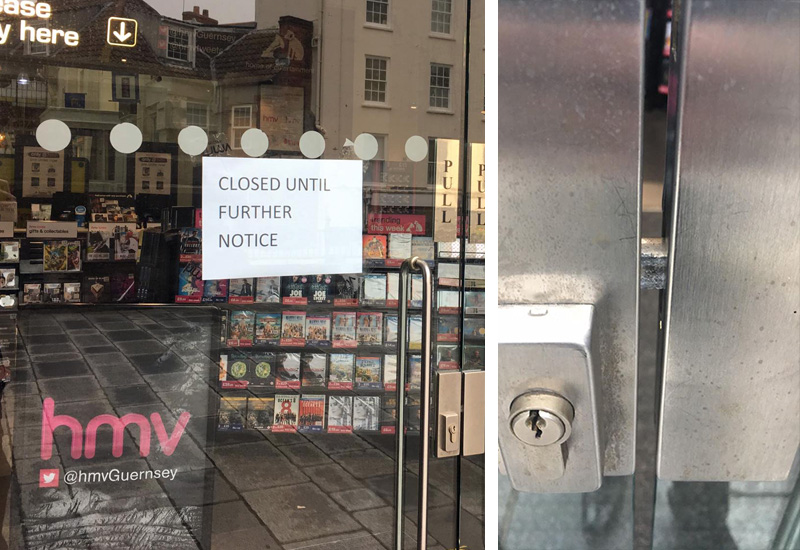 Pictured: HMV was locked this morning.

The Guernsey store, at Market Buildings, was due to open at 09:00 but was still locked at 09:30. No staff could be seen inside the building. Shortly after, signs were put up saying the store is closed until further notice.

A chain has since been put around the door handles. 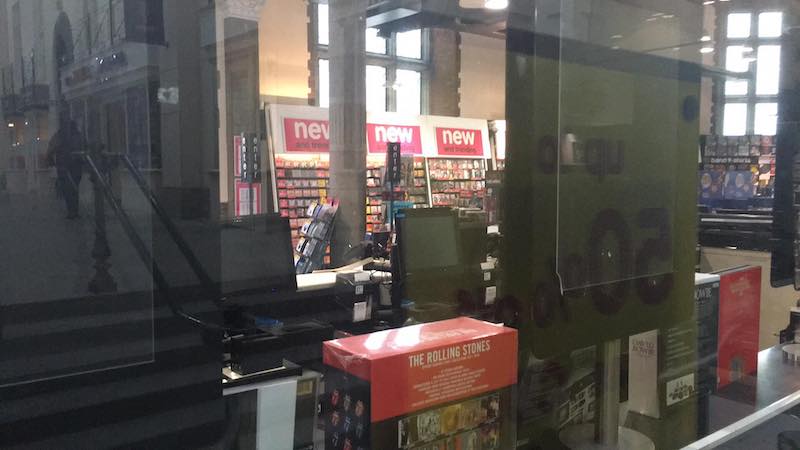 Pictured: There was no sign of any staff at Guernsey's HMV store this morning, until someone appeared to put a sign up saying it was closed until further notice.

The Guernsey branch of HMV is one of the flagship brands within the Market Buildings, which are managed by Bailiwick Estates.

The markets were redeveloped once the traditional stalls had all closed and moved out, with HMV the first of the UK brands to take on a lease. New Look and Holland and Barrett are other well established national chains with branches at Guernsey's Market Buildings.

Retro Festival will go on!

HMV building could be split

"Why not tax cyclists?"