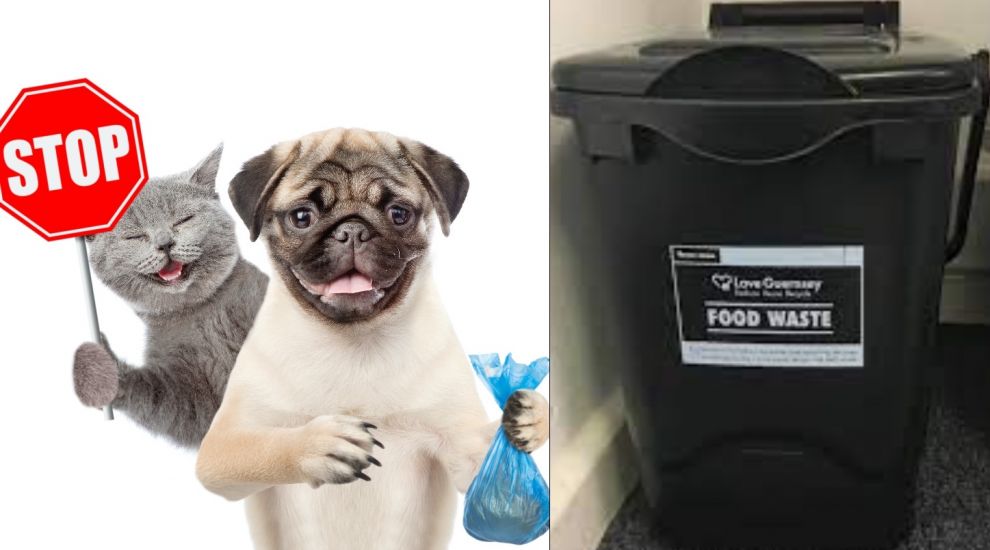 Anyone who puts dog poo in their food caddy could face a fine of up to £60, Recycling for Guernsey has said, in response to suggestions that canine waste could be disposed of in this way.

With more than a whiff of surprise about having to even post the reminder, Recycling for Guernsey sought to clarify any misunderstandings about what you can throw in your food caddy.

"We are aware of a comment on a local Facebook forum which suggests a bin man had told a dog owner to put their pet’s poo in with their food waste.

"We’re a little surprised that we are having to say this, but for the avoidance of any doubt, dog waste – or for that matter any other excrement - should never be put in with food waste. It should always be put in with your general rubbish."

The island’s food waste is exported and used to generate electricity and produce compost. However, processors are very clear what materials they will accept, and dog poo is not one of them.

"They will not deal with us if we are sending them loads containing animal excrement," Recycling for Guernsey confirmed.

"And islanders rely on us having outlets for food waste, so we have to take a very dim view of any reports of dog waste in food caddies."

This, the group warned, would amount to more than just leaving the caddy behind.

"We would have to take action. Deliberately putting the wrong material in the wrong containers can lead to a fine of up to £60. It’s just not worth it."

Anyone who is given similar advice about animal waste is asked to contact Recycle for Guernsey, so they can "clarify any confusion" and, if necessary, "have a quiet word".