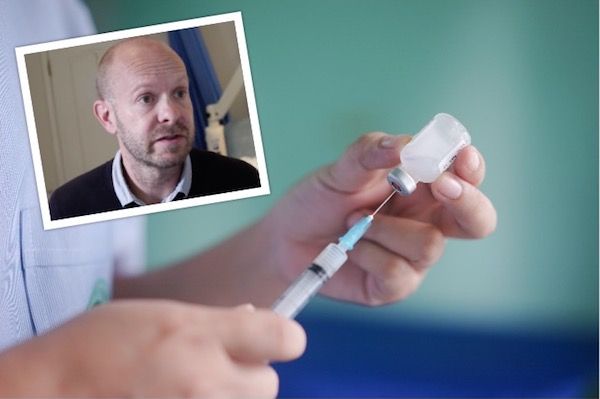 Following the tragic death of a local teenager, local doctors have been issuing advice about meningitis, its symptoms, and what to do if you believe they are showing.

Dr Piers Mitchell from the Queens Road Medical Practice released an informative video on Facebook covering how meningitis can be handled.

"What we are on the lookout for is a very high temperature, a very stiff neck, severe headache, severe nausea, so those are the symptoms related to the meningitis, and then from the septicaemia point of view, the blood poisoning, we are thinking about the circulation, and those symptoms could be rapid breathing, looking very cold and clammy, very abnormal behaviour and the rash which doesn't disappear when you press it. Those symptoms can appear in any order."

The practice also encouraged anyone who had not had their children vaccinated or anyone with questions regarding vaccinations to contact their surgery to ask.

16-year-old Joe Gray died earlier this month after contracting meningitis. He was treated in the Intensive Care Unit at the PEH before he passed away. During the week before he died, Guernsey's Committee for Health & Social Care released a warning about the illness.

Regarding vaccinations, HSC said they offered some protection against certain strains of meningitis and are offered as part of the vaccine programme in Guernsey and Alderney.

"While Guernsey and Alderney have a high vaccine uptake we would encourage any parents whose children have not received these vaccines or are unsure about their children's vaccine status to contact their GP practice to discuss this further."

Phone numbers of two medical staff at the hospital have also been released to the public for anyone with concerns to contact Mrs Kay Bull (Infection, Prevention and Control Team) or Dr Nicola Brink (Director of Public Health) on 725241.