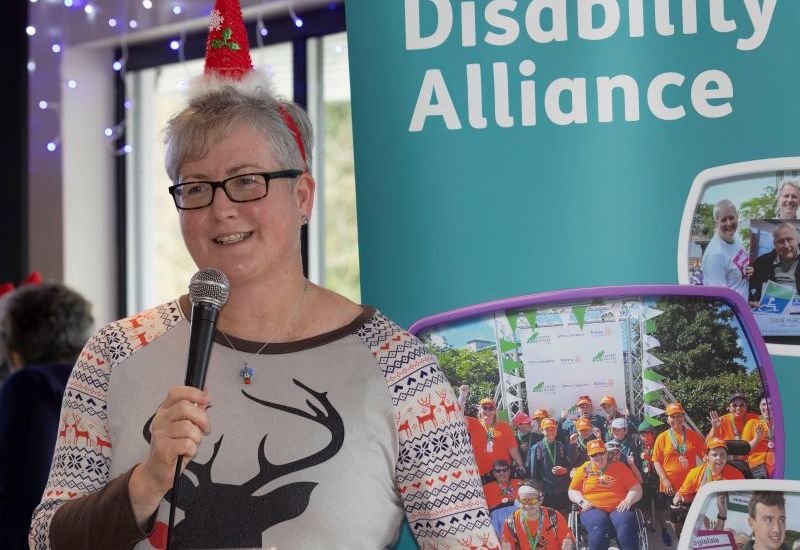 Members and supporters of the Guernsey Disability Alliance [GDA] met on Friday to thank Karen Blanchford, who is leaving the organisation after nearly eight years, at the end of a year in which they celebrated the States finally approving the island's first comprehensive anti-discrimination law after more than a decade of campaigning.

Rob Platts, Founder of the GDA and now its Equality Adviser, paid tribute to Ms Blanchford's work on behalf of people with disabilities and others who stand to benefit when the new law comes into effect on 1 October 2023.

"I have been lucky enough to work in partnership with some remarkable people in my life who have influenced my approach and taught me so much," said Mr Platts. "I will always be grateful that Karen Blanchford has graced me, and us, with her boundless energy, tenacity, and passion. To be blunt, without her, the GDA would not have even survived, and it would not have achieved what it has." 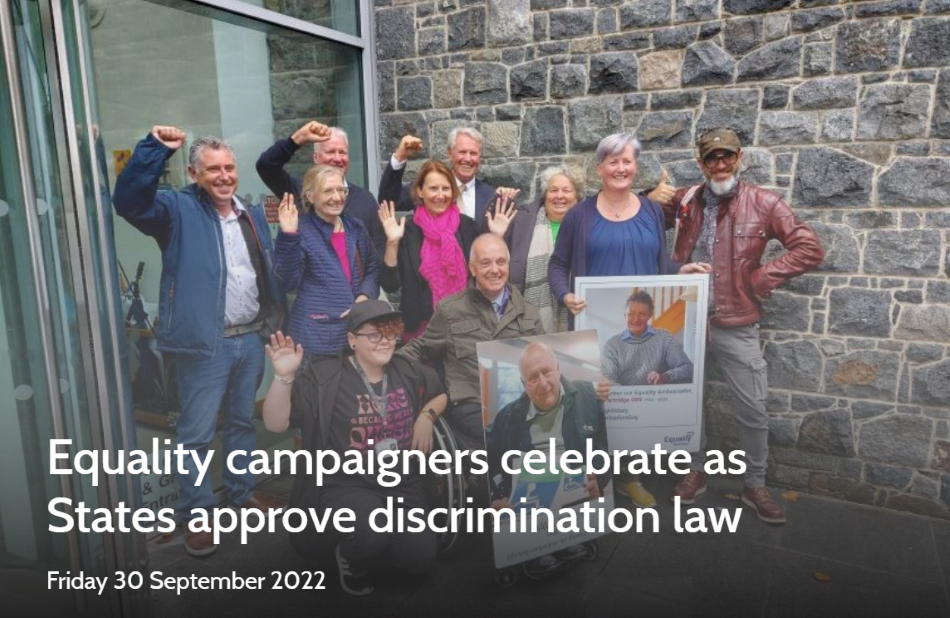 Pictured: Express' article on the day the States approved the long-awaited anti-discrimination law in September.

"I've come to realise that, as well as a shared positive vision of how life could be improved for those who are currently disadvantaged by discrimination, the social policy team of the GDA probably wouldn’t have achieved what it has without being driven by a deep sense of injustice," said Mr Platts.

"One of Karen's greatest strengths is that she used this sense of injustice to motivate positive change, and she did this always by engaging and collaborating positively with others – something I know I am not good at. But then – isn't that the strength of diversity in teams?

"Thank you, Karen, for being a shining light, for all that you have done to improve the lives of islanders affected by disability and for your ground-breaking work in Guernsey to promote human rights generally.

"I wish you well with your exciting new challenge at Grow – a very apt position for someone who has dedicated much of her life to the development of others."

Pictured: Rob Platts said that Karen Blanchford had been a "shining light" for the GDA over the past nearly eight years.

In September, deputies voted unanimously in favour of the Prevention of Discrimination Ordinance after a lengthy debate featuring multiple amendments. It will make it unlawful for employers, businesses, clubs and others to discriminate because of a person's race, disability, carer status, sexual orientation or religious or philosophical belief.

The President of the Committee for Employment & Social Security, Deputy Peter Roffey, who led the law through the States, said at the time that he would always know it as "Dave's law" after the late Dave Purdy, who spent 40 years campaigning for rights for the disabled after permanently injuring his spine while in Herm as a teenager.

Mr Platts told the GDA event that it was "fantastic news that the legislation will go live next year".

"This is something we, quite rightly, should celebrate," he said. "But most of you won't be surprised to hear that, when the legislation was finally passed, rather than jubilation, my first feeling was simply one of relief.

"It really should not have been such a struggle to introduce the legislation that 185 member states of the United Nations have agreed is the right of every one of us." 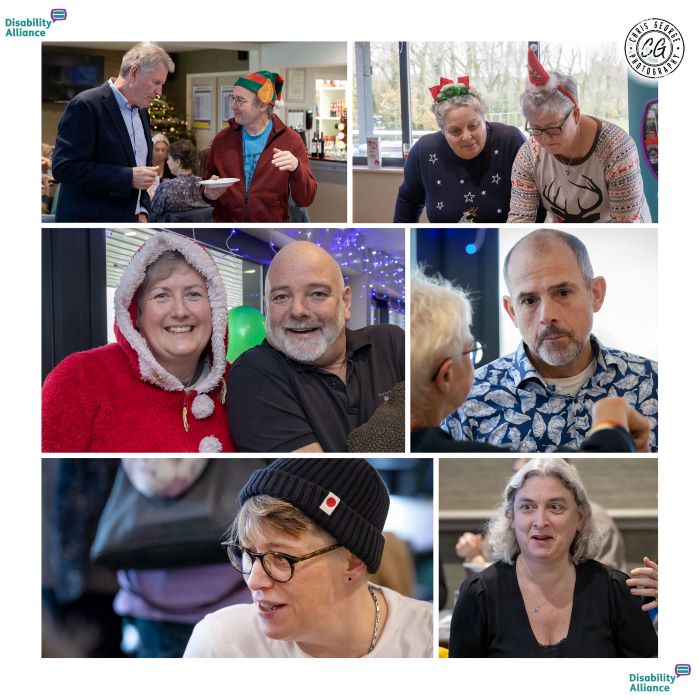 Pictured: Members and supporters of the GDA gathered at the King George V playing fields to look back on a momentous year.

"One of the main purposes of the Convention on the Rights of Persons with Disabilities is to change people's attitudes toward disability," said Mr Platts. "The legislation won't itself change attitudes overnight, but it will immediately change behaviour and that change in behaviour will, in time, lead to attitude change.

"The great thing is that it won't just be behaviour and attitudes to disability that will change. We will also see changes in behaviour that currently hold islanders back from equality of opportunity because of their sex, their sexuality, their carer status, their religion and beliefs or their age.

"We have been a part of achieving historic change – we should gather strength from this celebration to prepare for the work that is yet to come."

Mr Platts said that some important lessons had been learned during the campaign to establish anti-discrimination legislation. They included that "the biggest threat to democracies around the world is a failure to promote, protect and realise human rights". And that "the GDA, going forward, must push for the States' attention to be more focussed on realising the Convention on the Rights of Persons with Disabilities". 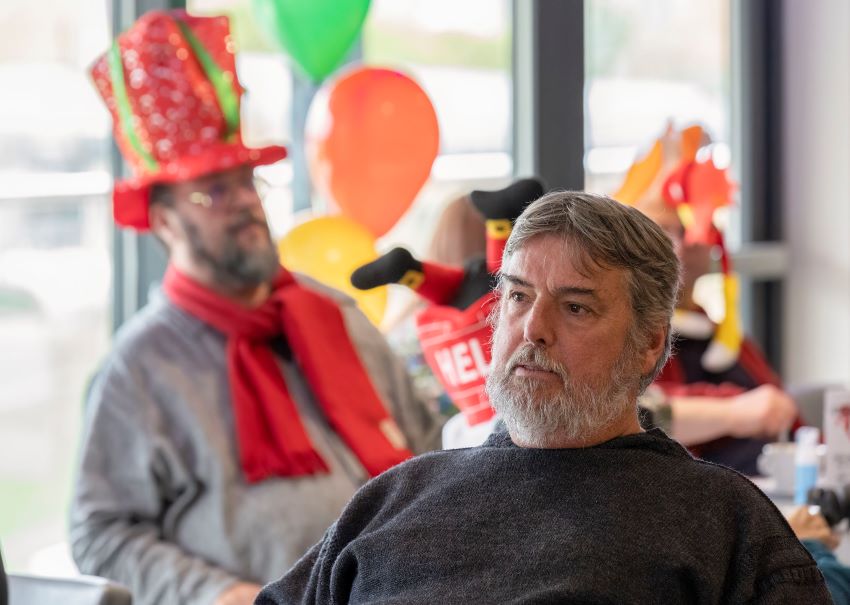 Pictured: The President of the States' Committee for Employment & Social Security, Deputy Peter Roffey, led the anti-discrimination law through the States' Assembly.

The guest speaker at the event was Adrian Sarchet - Guernsey's 'Sea Donkey', who has raised substantial sums for local charities while undertaking some of the world's most demanding endurance swimming events.

Mr Sarchet said he first met Ms Blanchford more than 30 years ago at a selection weekend for Operation Raleigh, a youth development charity which sent young people on expeditions to far-flung places.

He said that the report about Ms Blanchford at that event mentioned that she was "a natural team leader [who] possesses both the patience and the empathy to truly understand the needs of those around her [and] has the unsurpassed communication skills needed to make disparate groups realise that they are actually in violent agreement with each other".

"I think we have all seen these characteristics in play during Karen’s time at the GDA," he said.

"Her patience and her empathy are at the heart of the mission to foster respect for the rights and dignity of persons with disability and carers.

"Her unsurpassed communication skills have fashioned us all into a collective voice for change representing the overall views of persons with disabilities, disability organisations and carers." 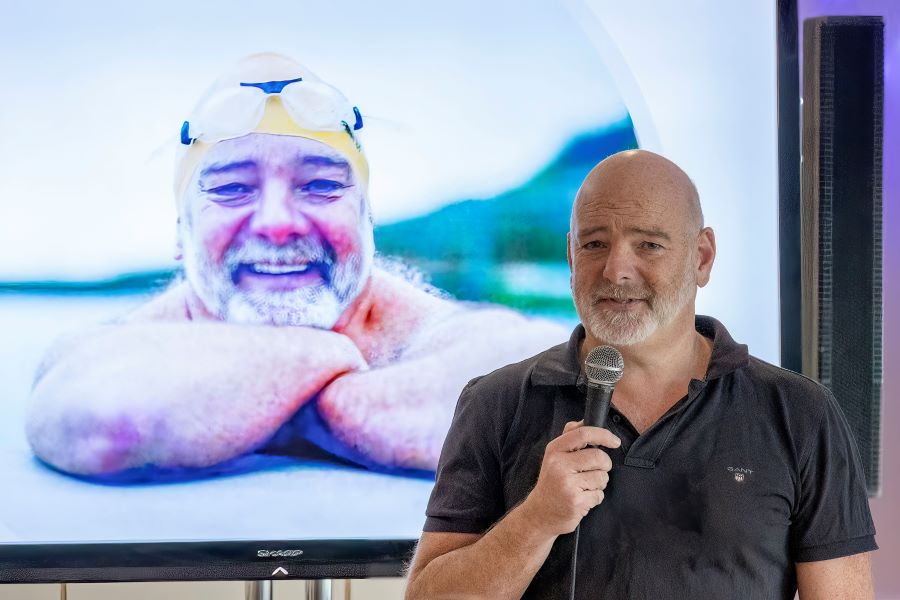 Mr Sarchet said that Ms Blanchford's report from that event more than three decades ago also noted her "infectiously exuberant approach to life" and that she was "deeply principled and will never back down from a just fight".

"All of us who know and love Karen will recognise these character traits," he said. "They have enabled her to empower all of the members of the GDA to speak for themselves whether as individuals or as groups.

"They have enabled the GDA to pursue its mission to achieve equality of opportunity for anyone affected by disability.

"And they have assisted our wonderful community to the unanimous passing of the Prevention of Discrimination (Guernsey) Ordinance, 2022."

In a closing message to the GDA, Mr Sarchet said: "Although the quest for inclusion and accessibility will be accompanied by great difficulty, we must face it with admirable courage, we must always be determined, and we must never be deterred." 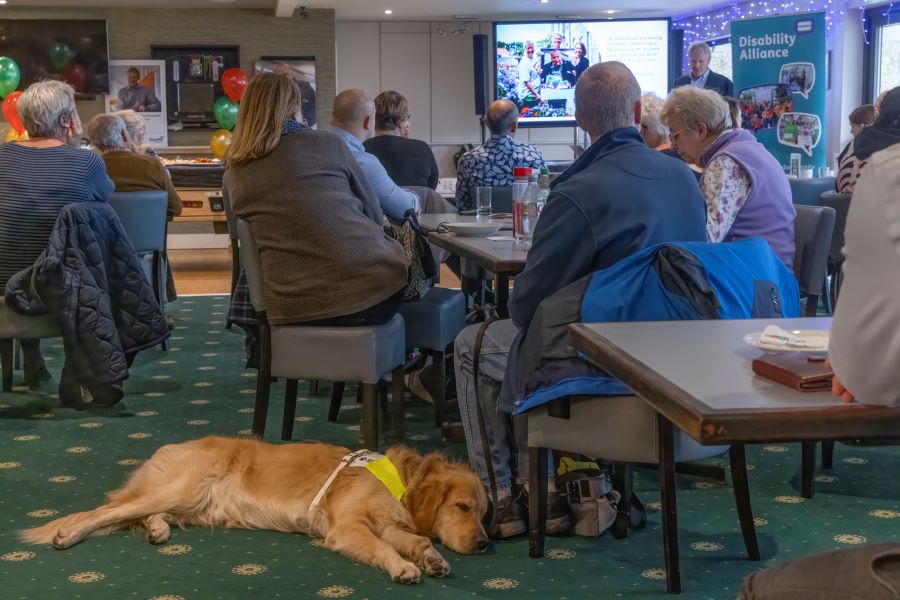 Pictured: GDA members and supporters were able to celebrate a successful year in 2022 but were reminded that there is work ahead to continue fulfilling the objectives of the Alliance, which was founded in 2008.

Pictured (top): Karen Blanchford, who was first Executive Director and then Partnership Director of the GDA, and who is leaving the organisation to become General Manager at GROW.