She tells these stories and more in an absorbing new book – 'Quake, Wave, War: a memoire from the frontline of emergency aid' – which she completed recently following a long recovery from a serious car accident while in Libya.

The best and worst of humanity

"I think I always had a sense of adventure. I wanted to do something like this for a long time. It was the most wonderful job to do. You sometimes saw the worst of humanity but often the best," said Diana, who has been resident in Guernsey since moving here from Bermuda in 1980.

"Once my children were at university, I felt I had the chance I wanted to go and do this work responding to disasters and war." 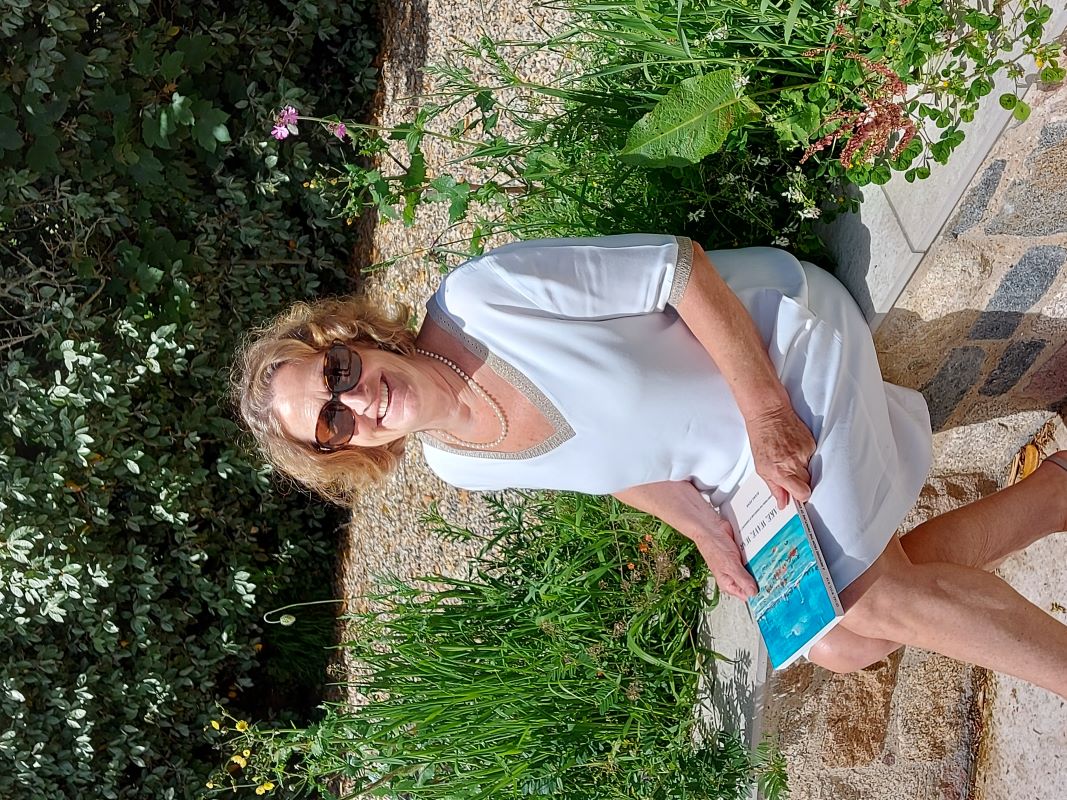 Pictured: Diana Penn spoke to Express about her book, which draws on years of experience working in areas affected by natural disasters and war.

She starts in war-torn Sudan, her first deployment in 2004, and takes readers through her experiences following that year's devastating Boxing Day tsunami in Indonesia and Sri Lanka, an earthquake in Pakistan, a refugee crisis in Chad, extreme poverty in Nigeria, humanitarian crises in Robert Mugabe's Zimbabwe and floods and a cyclone in Mozambique and finally reconstruction after civil war in Uganda.

"Uganda has stayed with me because of the child soldiers," said Diana.

"The Lord's Resistance Army [a Christian extremist militia] would come in and steal children. They took the young girls for wives and they forced the boys to go back to their villages and shoot their own families. I mean, just imagine the tragedy of this and the long-lasting effects on those young people and on relationships between different communities in that country. 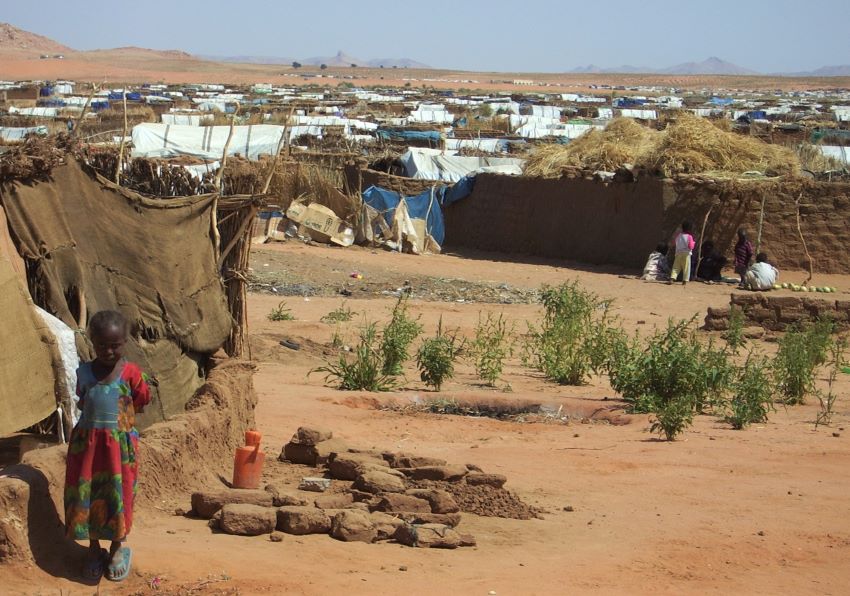 Pictured: Diana's first deployment was to Darfur in war-torn Sudan in 2004.

The value of aid agencies

"They do recover, but I wonder how long it takes. That is all the more reason to have international aid agencies.

"It is so important that we are there because we can educate, we can provide funding and assistance to train accountants and engineers and teachers, we can help communities to recover and rebuild and to have a say in their own civil society.

"When you have a say in your own civil society, you are less likely to have wars and extreme poverty and international migration on a mass scale. I saw that clearly from my years in aid work." 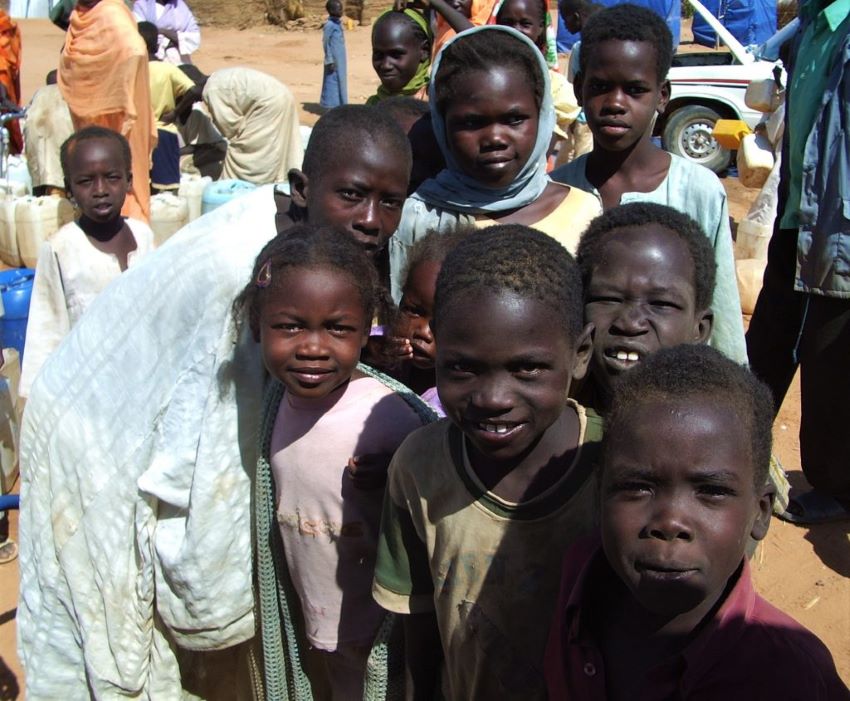 Pictured: Diana worked for Oxfam and several other aid agencies for nearly a decade.

In all the book's chapters, Diana is working for Oxfam, although she also worked on aid programmes for Save the Children, the Disasters Emergency Committee, the International Rehabilitation Council for Torture Victims and the BBC World Service Trust.

"Oxfam flies in a team. A manager, logistics and then the people delivering the programme. You all fly in as soon as you can. Logistics goes out and rents a house. You all live and work in the house. You sleep on the floor in a sleeping bag. People try to source food.

"When we went in after the tsunami, I took a tent with me and slept outside. I didn't realise there was an open sewer running right behind me for two weeks because all I was doing was going from my tent to my desk and back to my tent and nothing else. 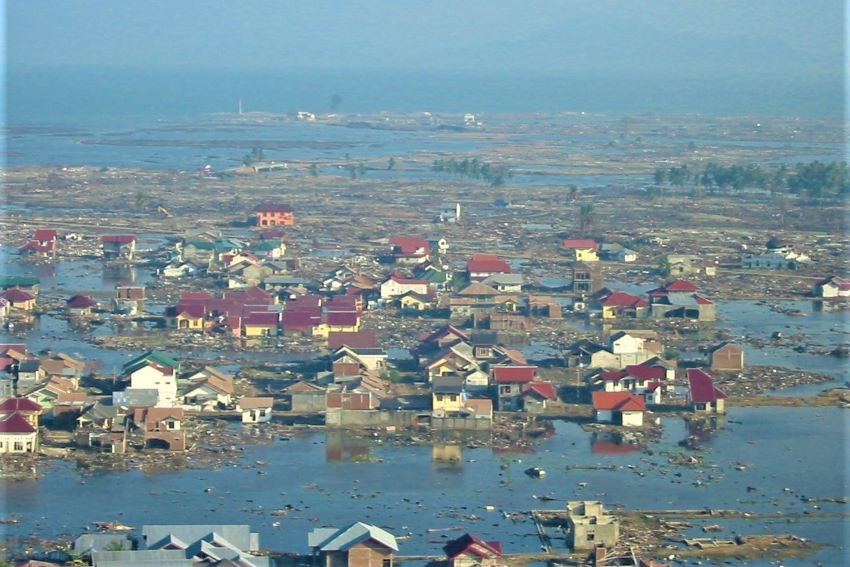 Pictured: Diana recalled the devastation and gruelling days which followed an earthquake in the Indian Ocean on the morning of Boxing Day in 2004 which in turn caused tsunamis in Indonesia, Sri Lanka and elsewhere in South Asia.

"It's very basic and very intense. I would sleep three or four hours a night and then be back at work. You've got to do that because the need is so great. There's no privacy. There's very little space. It's a slightly unusual existence. But it's a privilege to try to help people in such desperate circumstances.

"My job was to recruit local staff, train them and leave with them in charge. What amazed me was how the local people would come to work every day and get on with their jobs. They had lost everything – they had lost their families – but they would want to go on working. They were amazing.

"I saw such incredible courage and resilience. Of course, there is so much suffering, too. I vividly remember one man after the tsunami. In the daytime, he was a driver. But every night, he would walk the streets calling his son and daughter's names. They were obviously dead, but he went on doing that for months. The mental toll on people in disasters can be very striking.

"Everyone – literally everyone – has suffered when there has been a natural disaster. Everyone is in shock. Nobody has anything – barely the clothes they stand up in." 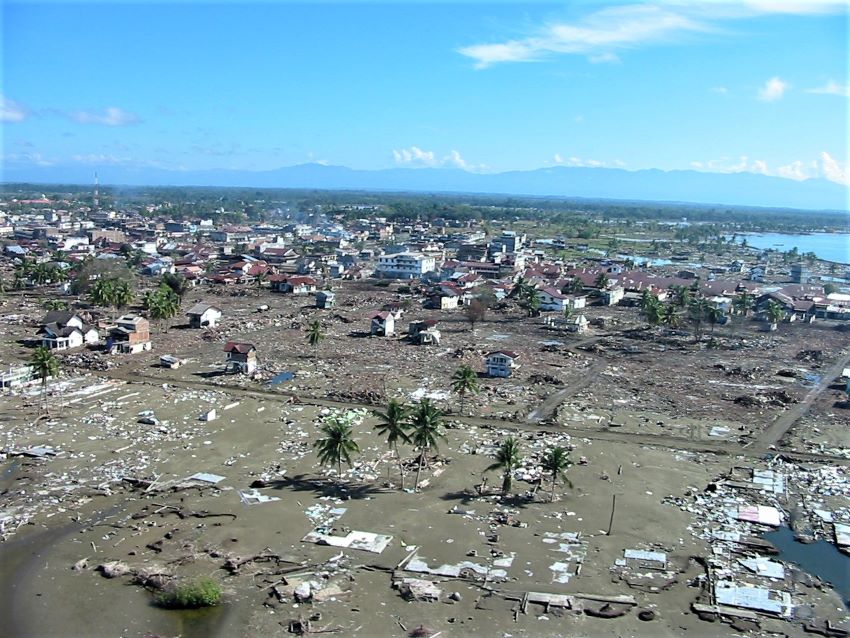 Pictured: Donations to the international aid effort following the tsunamis have been estimated at around $14billion.

During our conversation, Diana shares a couple of anecdotes which emphasise the danger and personal risk of international aid work.

"In Pakistan, I got a personally addressed death threat. There were the revolutionaries – the Abu Nidal Organisation – and I wouldn’t fund the work they wanted to do. Their political advancement wasn't something we were going to fund. That is why they wanted to kill me.

"In Chad, I was living in a room with no windows but lots of holes. It was narrow. It was a shared room. I would walk at 06:00 every morning. It was the only time I had for myself to clear my head and keep me reasonably fit.

"I was out and bombing started overhead. Somebody came and rescued me. I went back to my room to grab a few things and there was a bullet in my room which had hit the door frame and shattered on my floor." 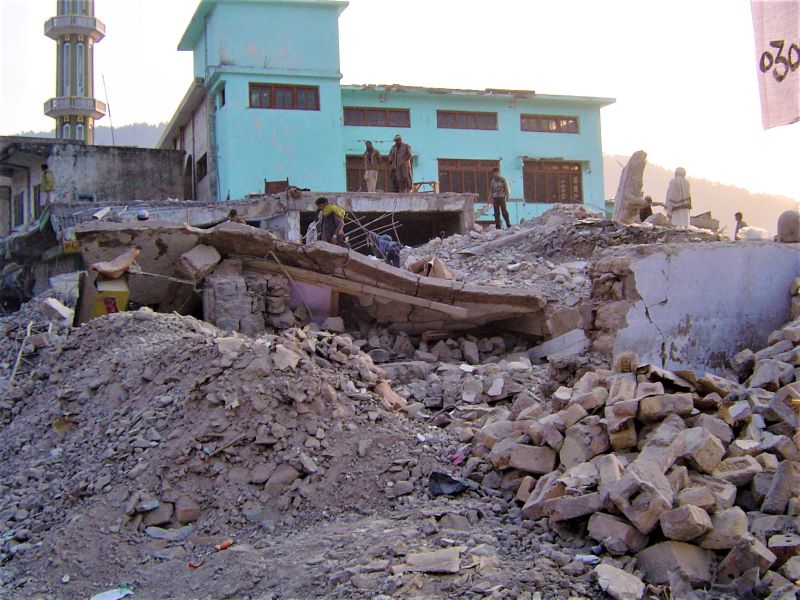 Pictured: Pakistan delayed calling for aid following a massive earthquake in 2005, which helped allow cholera and other diseases to spread. While part of the aid effort which eventually got into the country, Diana received death threats from a terrorist organisation.

A sense of adventure

Diana's sense of adventure can be traced back to her childhood. "My family have always travelled. When I was 17, I went behind the Iron Curtain and worked in Poland for two months. When I was at university, I wanted to work for the British Council overseas but then they were taking only Oxbridge graduates.

"I think there has always been a thing there about wanting to travel and be in challenging places. But when you have got to educate your children you can't necessarily go off and do whatever you want.

"By 2002, I knew I wanted to do it." Diana wanted to use her professional experience in industry to do things like train accountants and rebuild professional infrastructure following disasters and in warzones.

"It's not an easy sector to get into. I was over-qualified as an accountant and company director. It's very difficult to go and work for someone if they know you're a company director. So I went back to basics and worked as a bookkeeper in Guernsey for two years before I got into this type of work.

"It took forever. There is an agency which employs accountants who want to work for charities. It's like a recruitment agency. You apply to them and get interviewed and shortlisted by them." 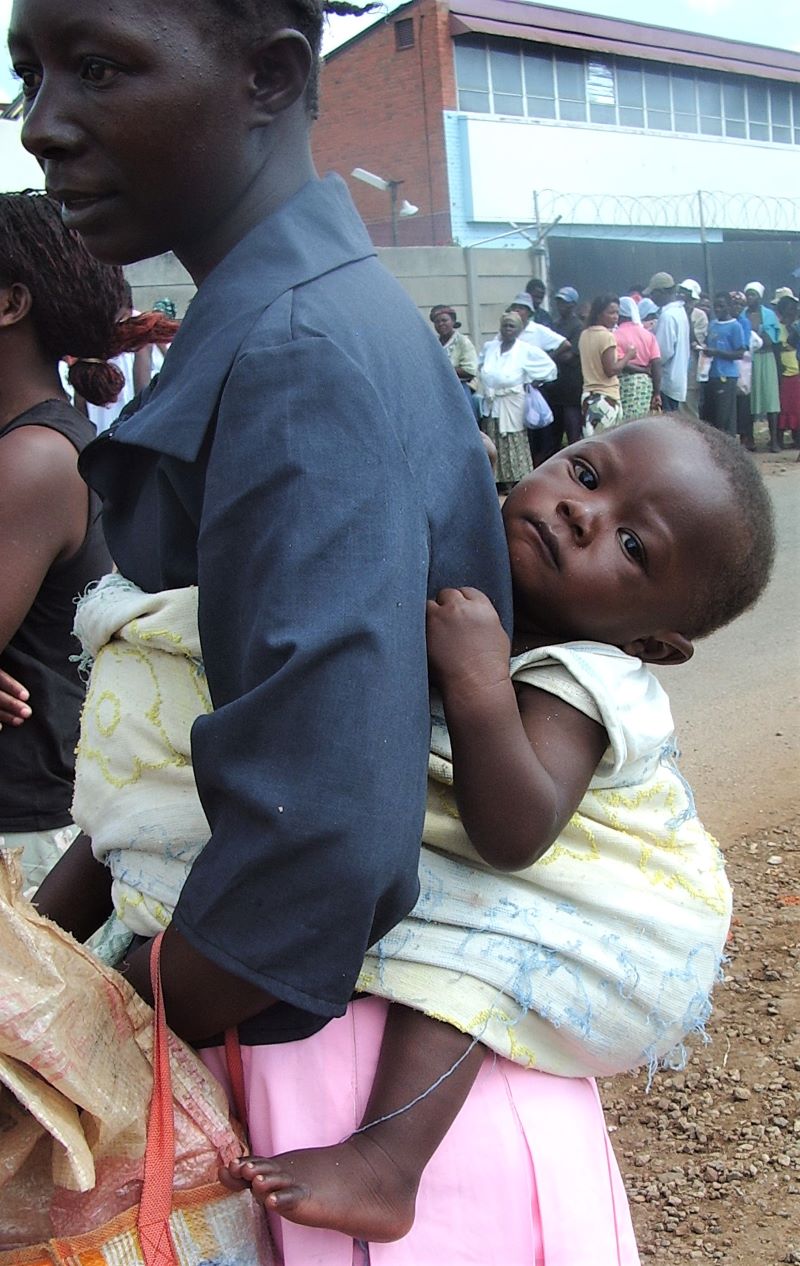 Pictured: Diana worked overseas in international aid efforts for around eight years and would have continued longer but for a serious car accident in 2012.

Diana now enjoys looking after her grandchildren in Guernsey, though she regrets having to give up international aid work sooner than she would have liked.

"I had a bad crash and was crippled for a long time.

"My car crash was in 2012. It was a bad crash. I was not well for a long time. It took six years to get better. I was so sorry that it meant I had to give up the aid work. As far I was concerned at that time, I was going to carry on doing that forever." 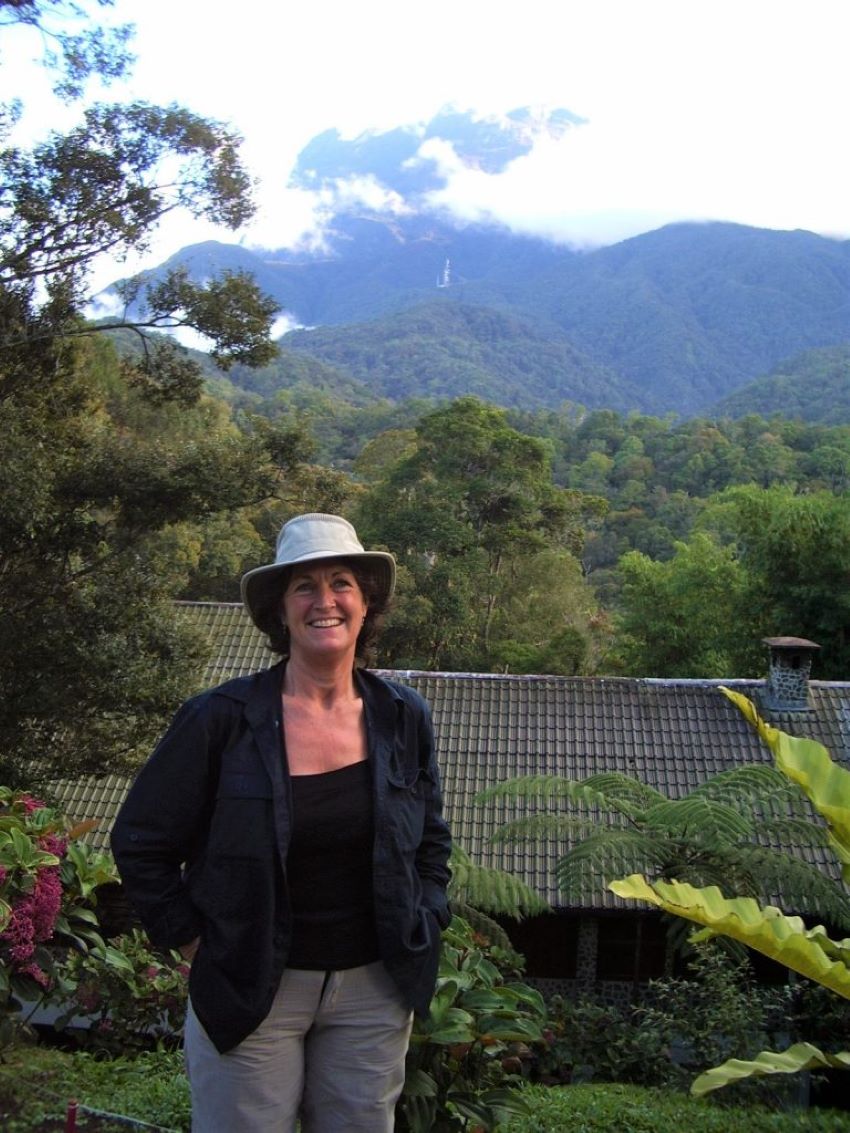 Pictured: Diana's book has been described as an important new contribution to revealing the work of international aid agencies.

Angela Coleridge, who has long experience with Save the Children, said of Diana's book: "It brought me to tears…the scale of suffering and the courage in the face of it all…it is such a powerful narrative and told through your own direct encounter with it and all your disarming honesty.

"It is such an important book because you can tell it how it is, with all its passion and pain. It left me with an aching heart for the atrocities and catastrophes most of us never see." 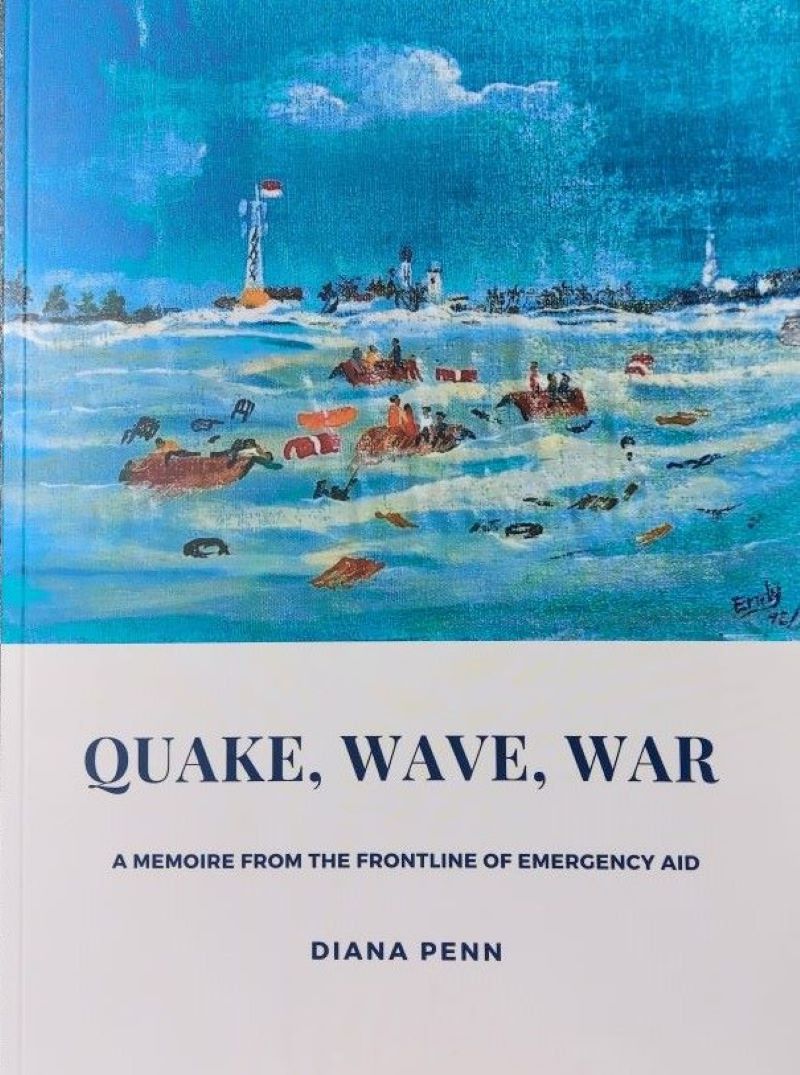 Pictured: Former Bailiff Sir Geoffrey Rowland described Diana's book as "a penetrating, revealing, unvarnished insight into the daily life of an international aid worker…coping with the tragic impact of natural disasters on humans and witnessing the shocking consequences of gratuitous violence during civil wars…Diana displayed resilience of a high order, impressed by how the human spirit can triumph over tragedy and adversity".