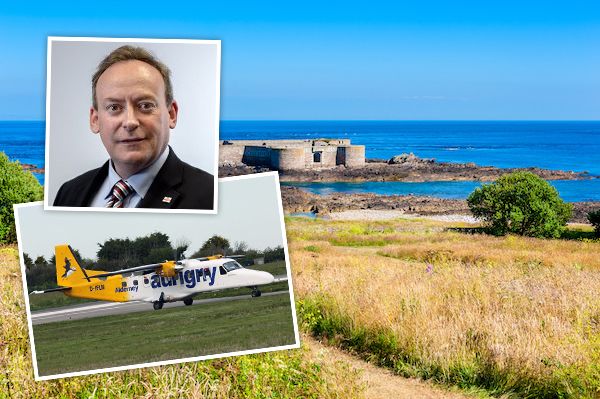 One of Guernsey's most senior politicians has said he stands by controversial comments he made about flights between Alderney and Southampton.

Deputy Lyndon Trott upset people in the island when he was quoted as saying there are too many flights and it is costing Aurigny too much money to run the service.

The Vice President of the Policy & Resources Committee has now said: "Let me be clear, I stand by my recent comments with regards the Alderney-Southampton route, which in my view is not a lifeline route when compared alongside the Alderney - Guernsey route.

"I make that judgement, based on a number of factors not least; the conclusion that that route should NOT command a material subsidy from the Guernsey taxpayer."

However, Deputy Trott has now added that he wants to use those comments to drive a wider conversation about fiscal policies relating to Alderney's air links.

"The underlying driver behind my remarks is the need to stimulate a real conversation about the impact of the financial relationship between the two islands. In particular, the impact on Guernsey taxpayers of the hefty subsidy they provide the people of Alderney as a result of the two air routes currently operated at a significant loss.

"About 40% of Aurigny's flight rotations service Alderney, yet those flights move only about 10% of the airline's total passengers.  Recently, Aurigny withdrew from the Guernsey - London City route, due in part to the significant losses incurred on that route. It is not always about Alderney and neither should it be. Guernsey has had to make tough decisions too." 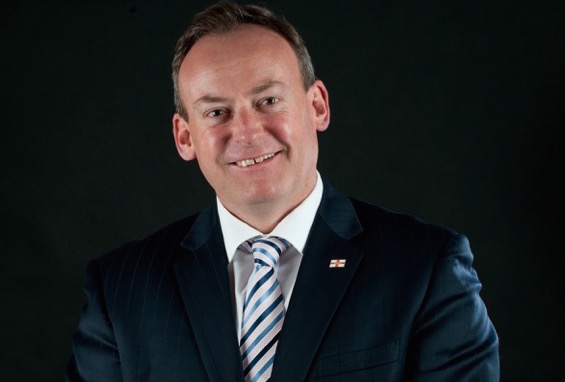 Alderney States Member Graham Mckinley has queried the "significant losses" which Deputy Trott refers to and which Aurigny is forecast to make this year. He wants the figures to be made available for he and others to consider so they can see exactly where the losses are being made.

"The forecast loss for this year is £3.2million, now we have been trying to find out what on earth makes that up, but we believe that it is partly the selection of and the transition to the Dornier, which has completely messed things up" he said, with further concerns raised about the costs involved in running the new fleet of planes.

"Delays due to weather we can't do anything about that, but because of different cockpit layouts, you need differently trained pilots, who are not always in the right place at the right time, either due to weather delays or because of mechanical problems or technical issues, so they have to be paid to get over by a different way, the passengers have to be put up in hotels, quite often the baggage doesn't go so that has to be taken on by very expensive taxi when they get to England.

"So we're asking for a breakdown of that £3.2million because it's come from them, not from us. And they're not prepared to give it to us at the moment, but we want to know how they've arrived at that."

The Alderney representative in the States of Guernsey said he will accept there are losses but he has put that squarely at the feet of the Aurigny management:

"The blame appears to be 'Oh it's Alderney's fault' and unfortunately a lot of Guernsey people quite often wonder if they're paying too much money to support Alderney, and to some extent maybe Lyndon is trying to gain popularity among the Guernsey community by slamming Alderney for the losses." 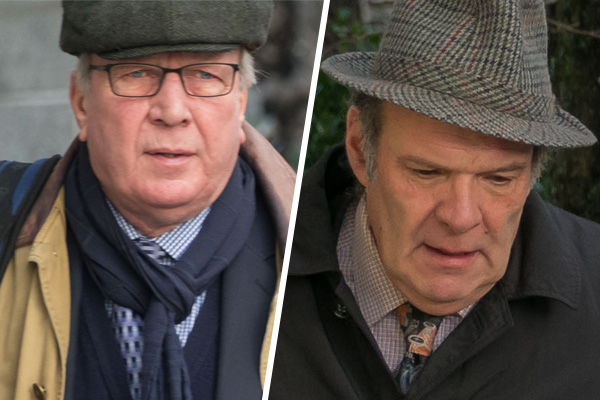 There is already a review under way looking into the financial relationship between the two islands, which under its current format dates back to the immediate post-war years. Deputy Trott said that review is already proving there has been a deterioration in the deficit incurred by Aurigny in serving Alderney routes and that needs to be addressed as soon as possible.

"It needs to be remembered," he said, "that as part of the review into the financial relationship between the two islands, the States of Guernsey began recording its financial obligations, via a breakdown in our published accounts, of Alderney income and expenditure. This showed the overall "deficit" in this funding position (including Aurigny's operating loss in respect of the Alderney routes) was £2.3m in 2015 and rose to £6.0m in 2016. We are still pulling together the various figures in respect of 2017. My belief is that there will have been a further deterioration in that deficit."

Deputy Trott said he doesn't want to offend people in Alderney but he feels the matter must be addressed: "My comments, which were not meant as a slight to the people of Alderney, remain about shining a light on some very serious discussions that need to be held between the two islands. There can be no denying that Alderney is increasingly dependent on Guernsey and that alone should dictate that the lifeline route is the one between the two islands. After all, it is not the residents of Hampshire that pick up the bills."

Alderney States Member, Mr McKinley said Deputy Trott has offended people in Alderney and he would like the Guernsey politician to visit the island and discuss the situation face to face with the residents who have raised concerns about their air links.

"We've invited Lyndon and Gavin St Pier to come and speak to the people in Alderney" he said. "Lyndon did claim that he did offer to come up some years ago but Alderney didn't take him up on the offer so I've re-offered it. I said 'look, you can come up anytime you want - we'll even host a special Peoples' Meeting'."

Approximately 10% of the population in Alderney attend the monthly Peoples' Meetings so Mr McKinley said one should be held focusing on the island's transport links with Deputies Trott and St Pier present. 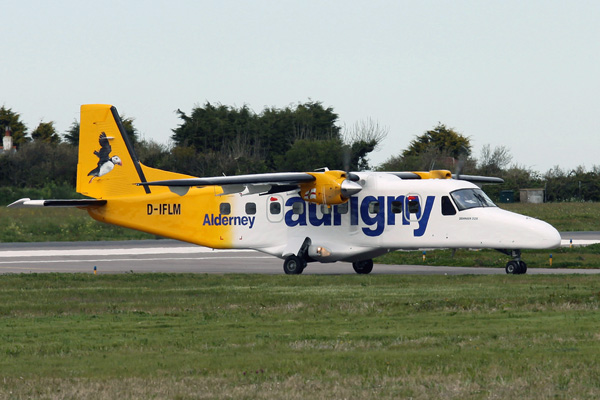 Pictured: An Aurigny Dornier which is used to fly to and from Alderney

James Dent, Chairman of Alderney's Policy and Finance Committee, has agreed with Mr McKinley and said the whole Bailiwick needs to take an interest in Alderney's air links as it will benefit the wider economy. He also criticised Deputy Trott’s comments saying they "are not helpful."

"A strong Alderney economy is in the interest of the whole Bailiwick.  We rely on our Southampton link for business, visitor, medical and social travel and for this reason it qualifies for the status of a lifeline as much as the Guernsey Gatwick route for Guernsey", Mr Dent said.

"Deputy Trott’s arguments seem to assume that all providers are as efficient (or inefficient) as Aurigny and that if the current levels of service are to continue, the current levels of losses will have to be carried by the Bailiwick, come what may. Many commentators take a rather different view. They believe that the service has been burdened with unnecessarily high costs as a result of the Aurigny commercial decision to purchase two elderly Dornier aircraft.  They also believe that there are alternative operators who may be able to provide the service at a lower price to the exchequer than Aurigny is currently able to provide."

Mr Dent and Mr McKinley are both keen for open and transparent discussions between the island to ensure Alderney's life line air links are protected. Mr Dent said:

"The States of Alderney is actively engaged with the Committee for Economic Development on solutions that should benefit both Alderney and Guernsey. These solutions are in line with the recommendations of the Aurigny Review (including the version of that report that Deputy Trott signed).

"We in the States of Alderney want to work positively with those in Guernsey who want to find a solution that benefits us all.  It would be good if Deputy Trott took a similar stand.”

Work is already ongoing to progress agreements relating to air travel but Deputy Trott said that must go beyond the actual air routes and must look at the finances as well: "I am of course aware of the significant work my colleagues in the Committee for Economic Development are doing to progress the Public Service Agreement on air travel, and it is important that this work feeds into the much-needed conversations about the future financial relationship. However, these conversations must extend beyond air routes and acknowledge the significant and increasing financial contribution made by Guernsey taxpayers."

Posted by Chris Cauvain on Apr 20th, 2018
I believe we are all Bailiwick taxpayers are we not?
Posted by C J A Bennett on Apr 21st, 2018
A cynic might wonder why Mr Trott makes such media forays about Alderney, from time to time? Looking back, these appear to follow instances where support for Alderney's plight is seen amongst Guernsey people . . . . spreading unattributable disinformation has been known since the start of the Cold War with Russia, who perfected this 'art', often in an attempt to cover up their own shortcomings. Was Mr Trott involved in selecting the Dorniers - after all, he headed a 'transport review'?
To place a comment please login Login »