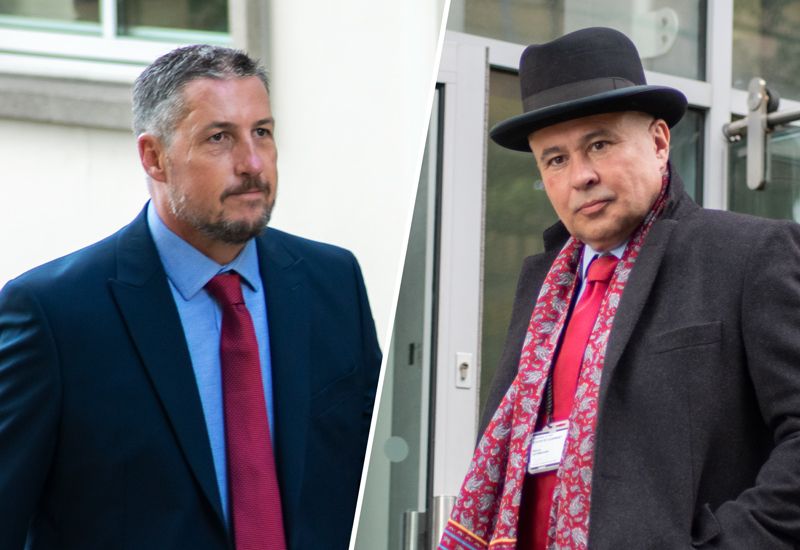 Education Committee dissenter Deputy Andy Cameron has offered his account of why he turned his back on his Committee's proposals for the future of secondary and post-16 education, citing "growing doubts" over the supposed benefits and the concerns expressed by teachers during engagement sessions.

Deputy Cameron has been at odds with the rest of the committee in recent weeks over the political board's majority view of the best way to move to a fully comprehensive system of education.

Deputy Cameron disagrees, believing instead that a "minimal approach to reorganising our 11-18 education system would be better value in the current economic climate, when weighed up against any potential benefits of the Committee’s proposals".

Of particular concern to him is the inclusion of a stand-alone sixth form centre. Teachers at the Grammar School and Sixth Form Centre said "the pressures placed on a separate sixth form would result in staff teaching a range of subject outside their specialism" to fulfil the curriculum.

Deputy Cameron's "do minimum" proposals have earned some support from professionals, most notably a striking majority of staff at Les Beaucamps High School, who have expressed grave concerns about ESC's proposals.

However, teaching staff engagement notes leaked by the first-time deputy to 14 States colleagues have landed him in hot water with "undisclosed" deputies, who are reported to have raised the matter with States Assembly & Constitution Committee President Carl Meerveld.

With Deputy Meerveld then raising the matter with Deputy Cameron's Committee, the Sacc Boss has also been in the firing line, with some viewing his words and actions as overstepping his bounds as the head of the States' rules and procedures committee.

Deputy Cameron has been asked to self-refer to the States Members Code of Conduct Panel for his actions, which he has declined. In a letter sent yesterday to Deputy Meerveld, he set out the reasons why.

I am aware that the States Assembly & Constitution Committee will be considering its position with regard to a possible referral to the Code of Conduct Panel in respect of a breach I am alleged to have made.

I do not deny that I circulated via email to a group of trusted States Members a document that came into my possession as a Member of the Committee for Education Sport & Culture. However, I do not agree with any assertion that the document in question meets the criteria of ‘committee correspondence’ nor that it was confidential to the Committee.

The nature of the document and the circumstances leading up to my decision to share it are pertinent and are as follows:

During the development of the Committee’s Guiding Principles for secondary and post 16 education, and during the early phase of the development of its model, I was on board with the direction the work was taking. However, at a facilitated staff engagement session on the 27 April at the Grammar School and Sixth Form Centre, staff raised significant concerns about the practicalities of the implementation of the model, which I was hearing for the first time.

Immediately following that session, I spoke to three Members of the Committee, Deputies Dudley-Owen, Aldwell and Haskins, to express my concerns based on the staff feedback. It was clear, following facilitated engagement sessions in other schools, that concerns over the model were not confined to the Grammar School staff alone.

Over the course of the next few weeks, I spoke informally on a one to one basis to all Members of the Committee to express my growing doubts over the model. At the same time, decisions over whether to include the option of a rebuild of La Mare de Carteret High School in preference to the site at Les Varendes were taking place and this, for a time, became the focus.

At a joint meeting with the Policy & Resources Committee with regard to the Propositions in the Policy Letter, on 11 May, I did not raise my concerns in respect of the Propositions as I did not feel this was the right forum in which to do so. I emailed the Committee on 14 May asking for additional information about other models to be included in the Policy Letter, I also asked that a model option of the Sixth form co-located at Les Varendes, with the same assumptions that had been applied to the Committees preferred model, be included as an option, stating that revenue savings could be applied to improve equity, parity of esteem and SEND.

At this time, I stated that I did not feel comfortable that we weren’t including this option especially in light of recent staff engagements. I did not receive a reply to this email.

Listening to further challenges from teaching staff attending presentations on the Policy Letter during the week commencing 17 May, my concerns deepened.

Alongside my role as a Member of the Committee for Education, Sport & Culture, my understanding of the financial pressures the island is facing has deepened as I have engaged with the Government Work Plan (GWP) process. In some respects, it is regrettable that the timelines of the development of these two significant pieces of policy work have become synchronised as, had the GWP work been more advanced, my thinking might have crystallised sooner.

On 25 May, the Committee’s formal meeting was temporarily suspended, officers were requested to leave the room by Deputy Dudley-Owen. I discussed informally with the Committee that I could not support the policy letter and that I would like the proposal of a “do minimum” option which retained the sixth form on the current site to be included in the policy letter, I was told by the Vice President that the only route I had was to bring an amendment.

On 28 May, I formally confirmed via email that I could not support all of the Committee’s Propositions. The Policy Letter was published that day.

In that media release, the President said "It was therefore a genuine surprise when Deputy Cameron only very recently expressed his concerns about the proposals, and until Friday afternoon, just before the policy letter was submitted, the rest of the committee were unsure whether Deputy Cameron supported or opposed what was being taken to the States."

Given that I first expressed concerns on 27 April, I find it difficult to accept that there could have been any "genuine surprise" on the part of the President, or any other Committee Member, by my decision not to support some of the propositions.

In order to demonstrate the above timeline to a group of trusted States Members, I forwarded an email from a Grammar School teacher (with her permission) together with the notes from the facilitated engagement session on 27 April at the Grammar School and Sixth Form Centre to them. I did not consider the notes to be confidential to the Committee given that they had already been circulated to teachers.

I have been invited by the Committee to self-refer to the Code of Conduct panel in respect of this matter but in light of the above, I have decided not to do so.

I trust this clarifies the situation surrounding this matter.

Could I also take this opportunity to communicate my discontent with the way that this matter has been handled, a journalist reported it to me shortly after you had made a statement to them. Despite sitting next to me at the Teachers union meeting directly after making the press statement you failed to communicate this to me - I have yet to receive a notification from you or SACC. Perhaps this insensitive method of communication via the media could be reviewed for future cases."

Costs of Les Ozouets delay not yet known