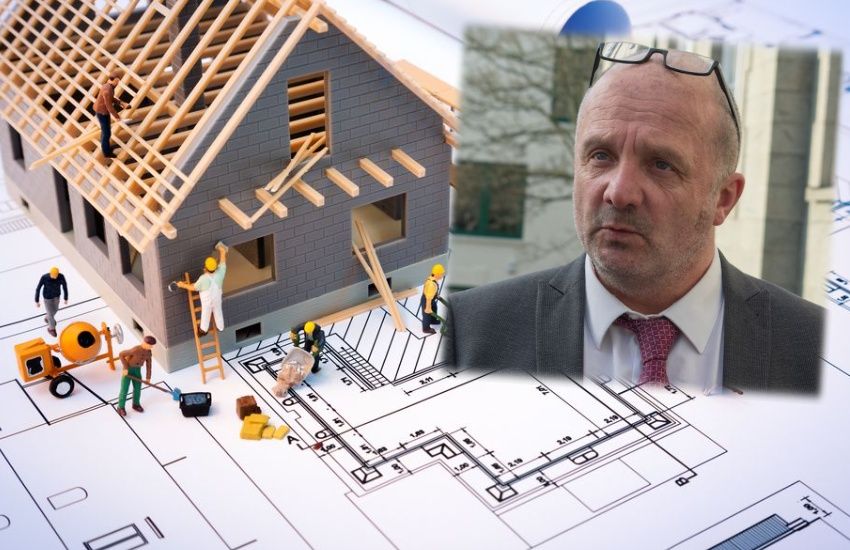 Deputy Neil Inder wants Policy & Resources to prioritise what he claims the Housing Action Group has failed to do: deliver a cohesive plan to tackle Guernsey’s housing crisis.

The President of the Committee for Economic Development has lodged an amendment to the updated Government Work Plan 2022, which is set to be debated on next week. In it he asks that the States Assembly agree to direct P&R in publishing a ‘Housing Action Plan’.

As it stands the GWP includes a direction for P&R to “evaluate and implement” actions to address private housing capacity, key worker housing capacity and to progress work tackling the island’s mounting housing crisis. It also seeks to prioritise this work and give it “category 1 status”.

While Deputy Inder welcomes this, he thinks the information available to islanders, industry and politicians has not been centralised in one easily digestible place.

His amendment, if passed, will direct the P&R to coordinate and publish a ‘Housing Action Plan’ comprised of the work done by the Housing Action Group (HAG) and the Committee for Employment & Social Security in identifying land considered for development. 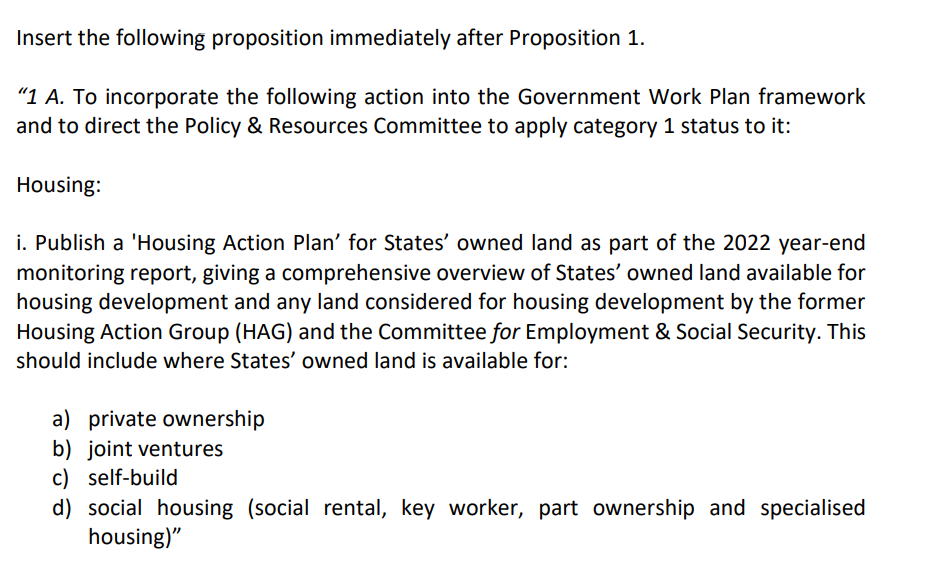 “What triggered [the decision] is what I expected to come out of the Housing Action Group (HAG),” said Deputy Inder.

“We haven’t heard an awful lot from them – we’ve had a bit of an update, most of which is peppered in the explanatory note of the amendment, which shows what they’ve identified, what they’ve done and what they’re thinking about.

“But I think the States-wide expectancy was that, with something with the word action in it, you would expect a plan to have appeared at the end of the process and that didn’t materialise.

“I’m asking the States to agree to come up with a housing action plan, which will coalesce what HAG has done at the moment and what property services are doing elsewhere.”

HAG was formed last year in reaction to various housing issues facing people in Guernsey. Its membership includes the Presidents of ESS, the Committee for the Environment & Infrastructure and the board of the Housing Strategy Programme. Senior officers from a range of service areas are also included. 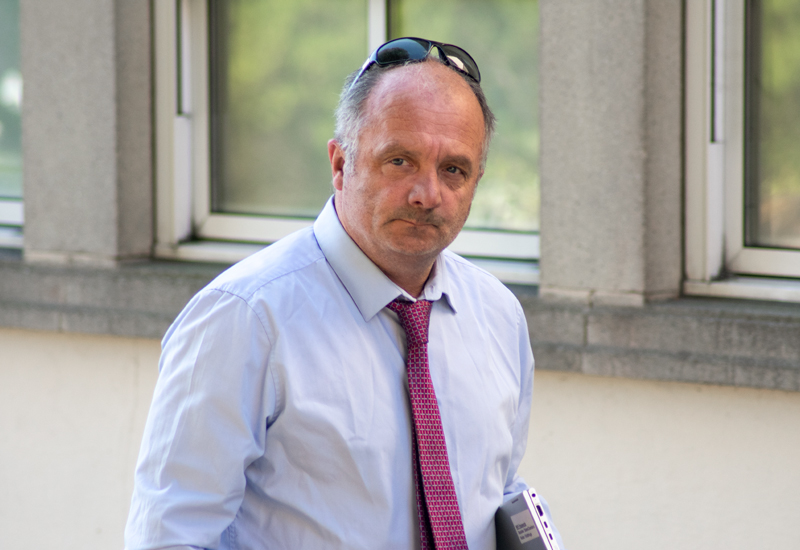 Pictured: Deputy Inder said his approach to the crisis would’ve been to “buy a bunch of static homes and pepper them across emergency sites” as an immediate solution to those desperately looking for homes.

Deputy Inder noted the recent progress in kick starting housing developments in the island, including the Fontaine Vinery site and Pointes Rocques, but argued that there doesn’t seem to be a singular vision.

“We don’t have one single document that tells the people of this island or the industry, ‘this is what we’re doing to solve the crisis, this is how we’re going to do it and this is the plan to get us there’.

“There’s a certain voice that is not heard in Guernsey. We hear about all the big players, but we very rarely hear from what I call the ‘real economy’. Those people who are seeing their rents going through the roof; none of this is going to get better any time soon and I don’t think that’s entirely being recognised by government.”