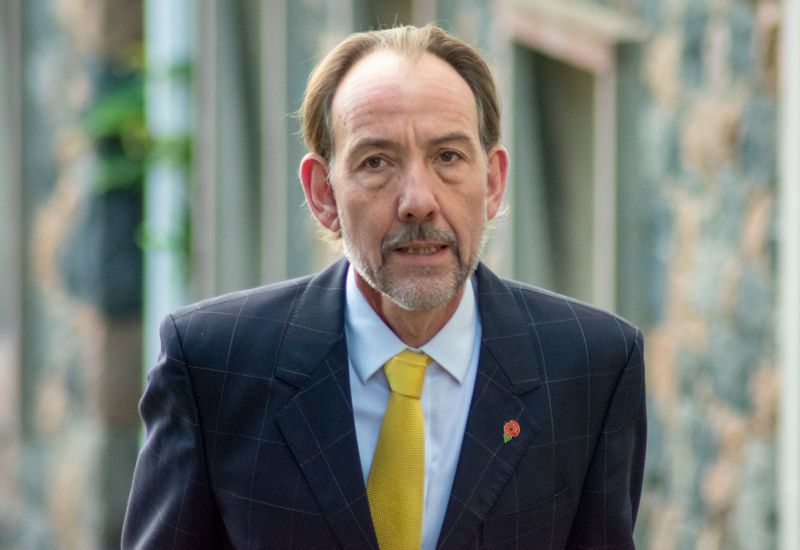 A Deputy has questioned whether the States could float minority shares in some of its trading assets - such as Guernsey Water and Guernsey Electricity - on the stock market.

Deputy Steve Falla put four Rule 14 questions to the President of Policy & Resources, trying to ascertain exactly how much the States’ property portfolio is worth and if it is ‘sweating’ its assets enough.

It comes in response to the P&R tax review, which supports three options to combat our revenue ‘black-hole’ of £70m+ per year, all of which revolve around inevitable tax hikes.

Deputy Falla asked: “In its deliberations over the Tax Review, what consideration did P&R give to the additional returns (whether revenue or capital in nature) that could be obtained by better ‘sweating’ the States’ assets, including both the property portfolio and the entities that fall under the mandate of the States’ Trading Supervisory Board?”

In his reply, the President of P&R, Deputy Peter Ferbrache, said the Tax Review focused heavily on income and consumption taxes, but did acknowledge that increasing other income streams would be beneficial.

I asked Rule 14 questions of P&R re. the size and value of the States property portfolio and whether we’re adequately sweating States’ assets. Replies can be seen here: https://t.co/IeJE2jL5gR

“Assets which are deemed to be surplus to requirements will be disposed of in the most appropriate manner to secure best value for the States,” said Deputy Ferbrache, of the possibility of squeezing more out of its portfolio.

“The potential to derive income – either an ongoing revenue stream or one-off capital receipt from the trading entities - also continues to be considered.

“In addition, the next few months will see a rationalisation of properties occupied by the States of Guernsey as a result of the implementation of the Property Target Operating Model (PTOM),” he said.

The States’ portfolio is comprised of 508 land, building and property assets, and 1,652 units of social housing. The portfolio is insured to the sum of £1.85bn, but an actual market value figure of all assets is unknown.

In line with work to introduce Public Sector Accounting Standards, P&R is in the process of valuing the portfolio and its hoped a true figure could be revealed during the first half of 2022. 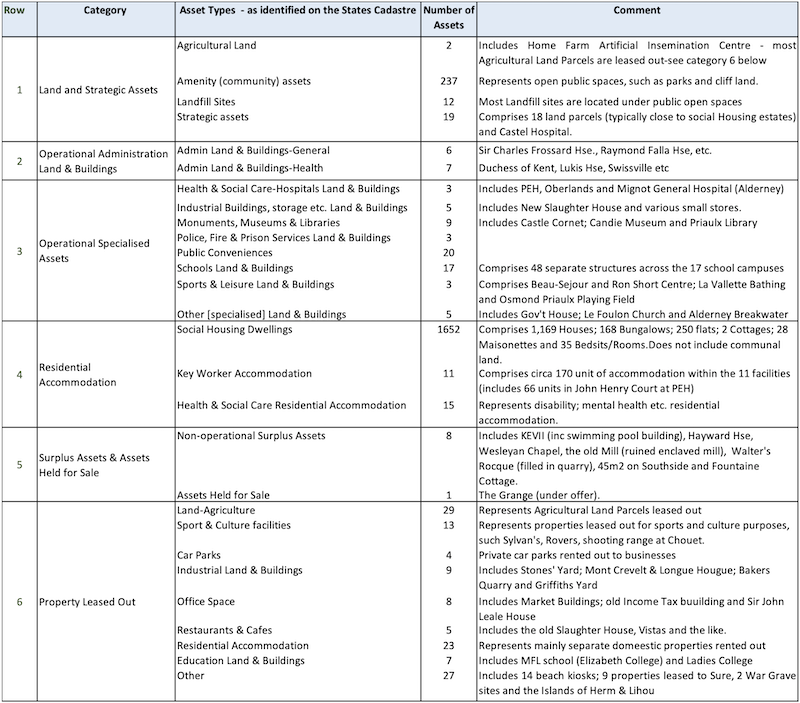 Pictured: P&R published a breakdown of all its assets following Deputy Falla’s questions.

Deputy Falla concluded his questioning by positing that a further source of income could be found in the States’ publicly owned assets.

Deputy Ferbrache said it was something that hadn’t been considered by P&R and, furthermore, it’s not part of the Government Work Plan, which sets the agreed priorities for the rest of the political term.