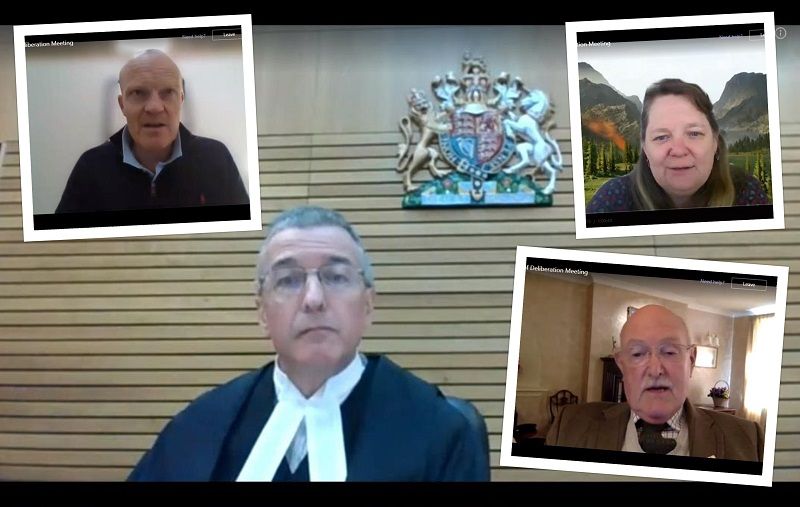 A new chapter has opened in the States of Guernsey as our Deputies are now holding virtual meetings using Microsoft Teams.

Emergency regulations made by the Civil Contingencies Authority last week were ratified by the States in its first ever virtual sitting, which started yesterday and is continuing today.

It means that HSC’s temporary authority to license suitably qualified medical professionals and other emergency powers, which had already been granted by the CCA, have now been done so democratically with the full backing of the States.

Deputy Laurie Queripel wanted assurances about HSC's newfound authority and the wording of the regulations, stressing it is iimportant to see proof of suitable qualifications and experience before people are licensed to practice.

"I understand where Deputy Queripel is coming from," said HSC President Heidi Soulsby. "We will be advised by the medical director and others within human resources on whether someone is ready and able."

The first half of yesterday afternoon's debate was mainly taken up by legal questions from some Deputies over the new regulations, some answered by CCA Chairman Gavin St Pier but most by HM Procureur, Megan Pullum.

Once they were all passed without any dispute - with Deputies voting in a private chat box on Microsoft Teams - the Deputy Bailiff steered debate onto the proposed deferral of the 2020 election.

Ahead of tomorrow’s momentous @Govgg decision on postponing the Election, I’ve put together a few thoughts on how I hope it will play out, and why. It feels incidental to the crisis right now, but this stuff matters. https://t.co/Gb86DKmtE4 pic.twitter.com/rL2wCdNkgL

Sacc President Neil Inder started debate by explaining how the corona virus has overwhelmed all of their best laid plans for the island's first ever island-wide election.

"Covid-19 has create an environment in which a free and fair election in June is impossible to hold," he told States members.

His committee's majority view is that the election should be rescheduled for October, with a further go/no go date in July if its looks like it will not be safe to hold the election this year.

The backstop date is next June. However, Deputies are currently debating whether to approve a Policy & Resources amendment to defer straight to June 2021, which would provide certainty over when current States members terms would end.

There were only a few glitches with the virtual arena in which the debate took place, with Deputy John Gollop disappearing a couple of times and several Deputies choosing to turn off their webcams. However, it went smoothly for most of the debate and it continues this morning.

This morning's virtual States meeting can be viewed via this link HERE.

This afternoon's virtual States meeting can be viewed via this link HERE.

Posted by Marilynjl Torode on Apr 15th, 2020
The draconian measures that have been put into place by the States yesterday. I feel are abuse of their powers,
The Police" are allowed to use reasonable force" to implement the lockdown.- The police are already doing a good job WITHOUT States interference and the Public respect them at the moment - the fines to be imposed £2,000 and £10,000 seem to me to be ridiculous and possibly the use of Tasers- oh! come on!. What are the States playing at - petty gods - Human rights don't even come into this. Then there's the blind obedience to directives from Public Health and the Civil Contingencies Authority.
This is not a police State though I'm sure some States Deputies would like that.
What they should have been doing yesterday is trying to get the year 10 and up back to school - with exams due this year and next I fear for our teenagers. Also, they are still trying to put off the Election, okay June might not be feasible but definitely October should be marked in as a DEFINITE.
The quicker this States is dissolved the better. I must add that Deputy Gavin Pier, Dr Nicky and the Police are doing an excellent job in keeping us safe. This is Guernsey folks not the U.K. most of us are respectful of the rules even if we don't agree with some of them. Deputies, treat us properly and respect us, as, Adults and revoke these draconian measures NOW.
To place a comment please login Login »