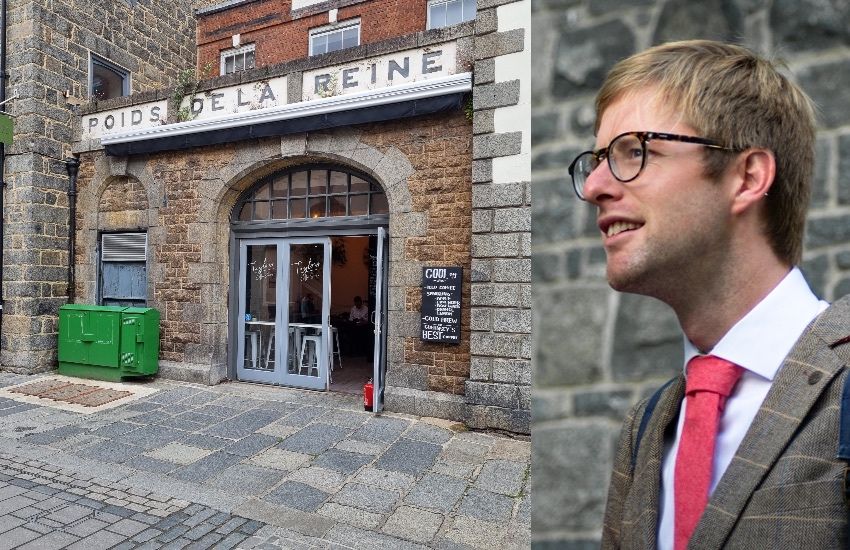 Deputy Andrew Taylor has removed al fresco seating outside his coffee shop in Market Street after declaring in the States' Assembly that it is not licensed for outside service.

In a post on social media, Deputy Taylor – who sits on both the Development & Planning Authority and the Committee for Home Affairs – said: “As a business owner and States' member, I recognise the importance of following the rules. I’m sorry if my comments reported in the media left the impression I felt otherwise. That is wholeheartedly not the case."

He added that he "wasn’t seeking to make any kind of point by not renewing" the al fresco licence.

Express was first to report on the story at the start of this month. Unprompted, Deputy Taylor openly admitted not having a licence and highlighted issues with the licence renewal process. But he also indicated that he had no plans to remove the outdoor seating.

On Thursday, Express submitted questions on the matter to the President of the Committee for Home Affairs, Deputy Rob Prow, including asking whether he had suggested that Deputy Taylor should reconsider his membership of the Committee given its responsibilities for the law and policing.

On Friday, Deputy Taylor announced that he had removed the tables and chairs outside his coffee shop and that an al fresco licence application had been "distributed to the relevant bodies". He said he expected his application to be heard by the court early in July. 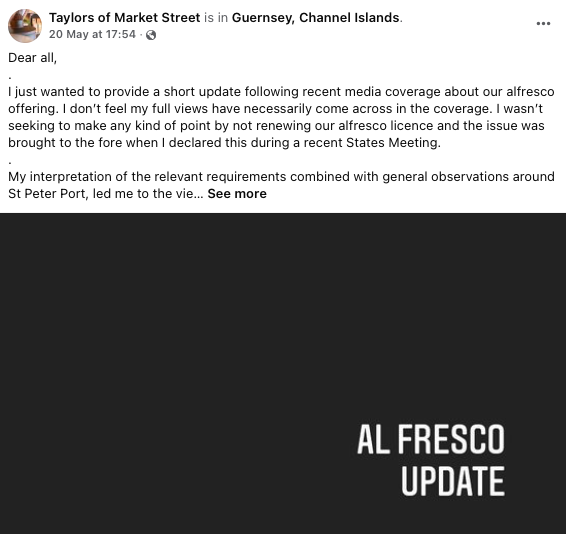 Deputy Taylor said: "My interpretation of the relevant requirements, combined with general observations around St Peter Port, led me to the view that the limited seating provided would not be deemed an obstruction of the highway.

"To my knowledge, no complaints have been made to the contrary."

In April, the States backed proposals from the Committee for the Environment & Infrastructure to simplify the al fresco licence application process, but it is not clear when the new rules will come into force.

Deputy Taylor abstained from the vote in the Assembly since his café falls within a zone identified for al fresco dining in the future.

"I entirely refute his suggestion that I have, or had, any conflict of interest"