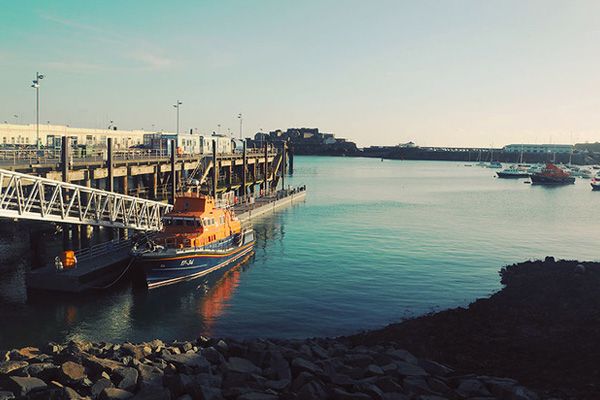 Dredging work is due to start in St Peter Port Harbour today, having originally been scheduled to start last weekend.

Up to approximately 23,000 cubic metres of material is expected to be removed from certain areas, and will be deposited in elsewhere in the harbour. Guernsey Harbours says this work will "improve a number of areas that are used primarily by visiting vessels."

The work will focus on the Victoria Marina, between the Albert and Victoria (Crown) Piers, and two areas adjacent to the marina entrance in what is known as "the pool".

Dredging operations were last carried out in St Peter Port Harbour in 2015 and 2016. The first time to enable the installation of a pontoon at the end of the Albert Pier while the second was to increase the depth of water at the main freight berth used by lift on, lift off vessels.

Prior to that, the last significant dredging of the harbour was in 1989, when the North Beach and QE2 Marina were constructed. There has been a "gradual build-up of silt since then, and surveys have been carried out to identify those areas most affected."

Harbourmaster Captain Chad Murray said silting build-up is a natural process, and it was to be expected over time. The dredging operation which is due to start today will address "priority areas where these could start to have an adverse effect on harbour users."

“Although such operations are infrequent, dredging is something we would expect to do on occasions as routine maintenance to ensure we make best use of our facilities. In this particular instance, it will be greatly improve the provision of berths for visiting vessels, as well as the general access arrangements and safety for all harbour users" he said.

“Recent surveys have confirmed a build-up of material has reduced the depth of navigable water in a number of areas. This dredging operation will focus on some of these, to provide better access for larger vessels, less restricted by the tidal range, and allow us to optimise the pontoon configuration, which could provide revenue opportunities. The chance of vessels grounding within the harbour on low tides will also be greatly reduced.

“At the same time we have a deep recess in the outer pool area in excess of 10m deep at chart datum, where we can deposit all the excavated material. We have used this approach previously and subsequent monitoring has shown no significant redistribution of the deposited material.

“Making use of the excessive depths within the harbour makes very efficient use of the dredging vessel, because it saves on significant down time if it were required to transit spoil ground outside the harbour. It should be noted that there is currently no spoil ground designated in Guernsey waters.”

The Swan pontoons, which provide walk ashore moorings in the pool for visitors and some local vessels, will have to be temporarily removed during some of the dredging operation.

The work is expected to last six weeks, and has been timed so that is complete ahead of the main visitor season which starts at Easter.