Darby rolls up his sleeves to help ease fog delays 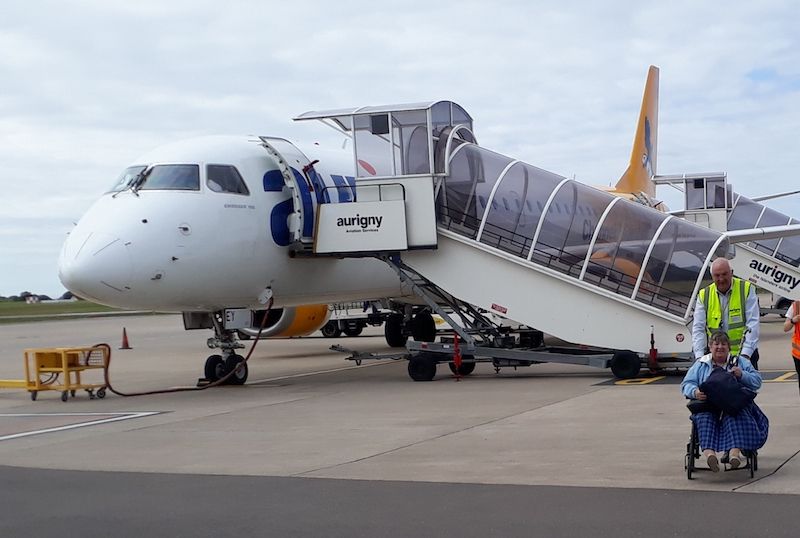 Darby rolls up his sleeves to help ease fog delays

Aurigny's Chief Executive has spent a day in the departure lounge alongside his customer services team thanks to a thick layer of fog.

Mark Darby got involved as the delays continued throughout yesterday, by helping to inform customers of when their flights may be able to go, after the airline found itself stranded, with no aircraft on the island.

It was thanks to the fog on Wednesday evening that Aurigny had its fleet located off island - it was unable to return after the day's services. But that left passengers yesterday in a waiting game, to see if the fog would lift so their planes could come back to Guernsey and operate their routes.

Mr Darby said he always puts customer service at the heart of what Aurigny do. He, according to Aurigny, is always involved with everything the airline does at all levels, so he can get a 'full picture'.

A spokesperson for Aurigny said: "Dressed in a high visibility jacket, many customers were unaware of who he was, but appreciative of the updates and someone being visible from Aurigny in departures.

"Jane Blake who had been travelling from Gatwick to Guernsey had no idea that it was the Aurigny CEO that assisted her off the aircraft but was thankful to finally be in Guernsey."

Sarah Baker who was travelling to Southampton said: “It was lovely to see the Aurigny CEO in departures talking to customers, information is really important when you are waiting.”

Flights started to move around 11:00 yesterday. Aurigny said it had been doing everything possible to ensure customers were able to get to their final destination, albeit many much later than had hoped.