Dairy bank balance reduced by a fifth in two years 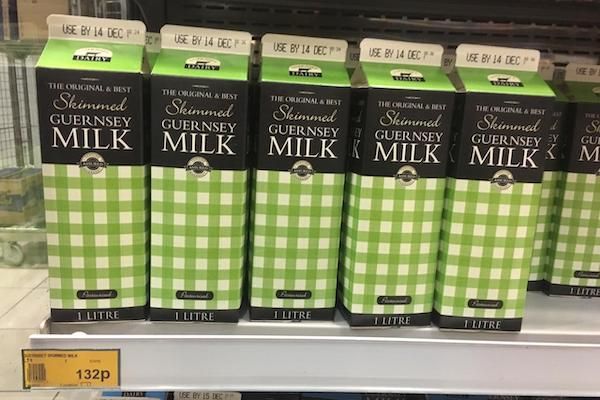 Dairy bank balance reduced by a fifth in two years

Guernsey Dairy has depleted its £5million reserves by nearly a fifth in the last two years, the States' 2018 accounts have shown.

But in reality, milk sales were statistically down, with 2.8% fewer litres sold compared to the year before. The revenue rose because the gate price of Guernsey Milk went up by 4.75p in March 2018.

The losses to the reserves came mainly from other areas, however.

In its accounts, the Dairy said the key reasons for the 2018 losses were a one off payment of £150k made to farmers, losses because of delays in putting the milk prices up, repairs and maintenance costing £110k more than was budgeted for, losses on investments and an 'impairment loss'. In 2017, it ran into similar difficulties with having to make large one off payments, and the need to invest in repairs and maintenance.

Another source of expenditure for the Dairy was its ongoing capital expenditure programme, which it embarked on after its facilities were criticised by health regulators. In 2018 it spent £299k on upgrading the production system, a new butter cream tank, and ice cream freezer and more. That project has been ongoing since 2017.

Also in 2018, the total cost of raw milk purchases from farmers increased by 9.5%. Packaging expenses saw a £89k (15.6%) year on year increase largely due to supplier price increases.

Going forward, the Dairy said: "[we] continue [to] focus on efficiency with set targets in 2019 to build on some of the savings realised in 2018.