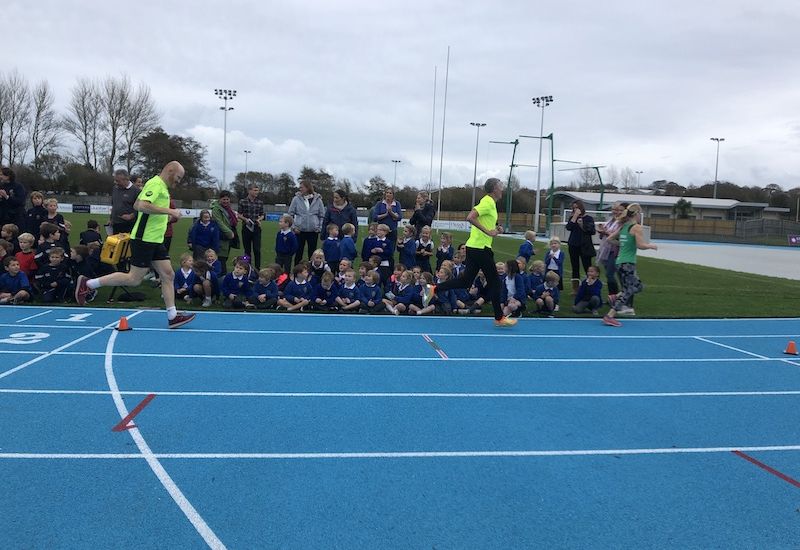 Hundreds of local school children, athletes and even a couple of deputies have been celebrating two years of the Daily Mile initiative with a run around the new Footes Lane track.

Schools were invited to take 15 minutes out of their day yesterday to run or jog on the recently completed surface.

It was followed up with a 'celebrity run', featuring Policy & Resources President Deputy Gavin St Pier, local swimmer Rosie Williams and teacher John Smith amongst others.

"The Daily Mile has really grown and has become very popular in Guernsey," said Education Lead for the Health Improvement Commission, Alun Williams. "It's a wonderful initiative, so we thought we would combine it with getting hundreds of youngsters to have their first experience on our lovely new track!" 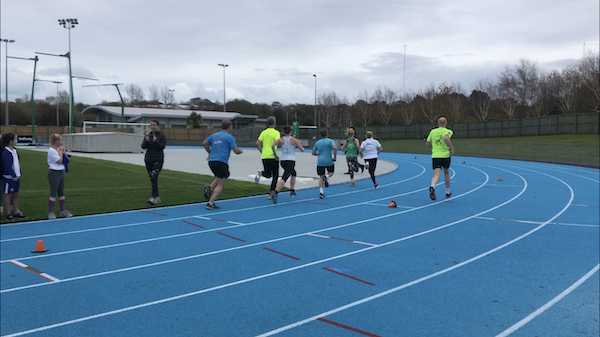 Pictured: Participants in the 'celebrity run'.

The daily initiative has been adopted by many of the island's schools, encouraging students to run, jog, skip or walk for at least 15 minutes each day.

"It's fun, it's friendly, it's flexible, the schools do it when it suits them and it's just such a natural activity," Mr Williams continued. "People are for to go out and enjoy themselves and it gives the children that opportunity. It's not competitive and that's really important."

Deputy Lindsay de Sausmarez was another to get involved, running alongside the children. 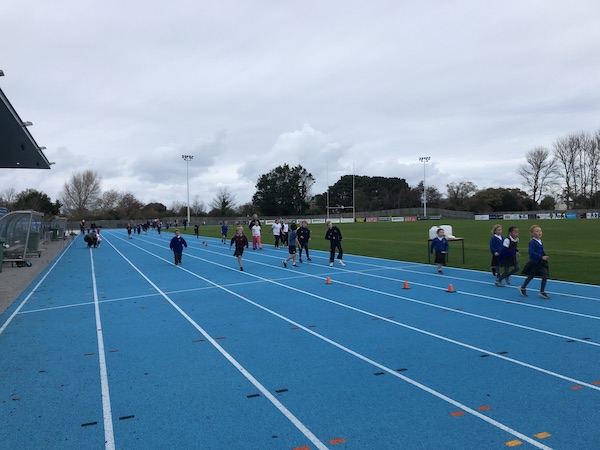 "I'm a big supporter of the Daily Mile," she said. "The longer it goes on and the more schools that do it internationally, the more evidence there is about just how good it is for children. There are physical health benefits, there are mental health benefits and there are educational benefits as well. It really positively impacts children's ability to concentrate and so it really helps their learning.

"When I was a primary school child, most of us didn't really need to do an additional daily mile because many of us did a mile getting to and from school anyway. I know that's a lot less common now, so I think it is really necessary to have initiatives like this at schools which mean all the children have that opportunity to get up and move around."

As the initiative continues to grow in the island, Deputy de Sausmarez would like to see more adults getting involved:

"Just as it benefits children in the classroom, it's going to benefit businesses and their productivity too. It's also going to help with mental health and physical health in the workplace, which has got business benefits. I really hope it's something that's embraced beyond the sphere of schools in Guernsey and we can really lead the way and be a good demonstration of what's possible."

The Footes Lane track has been resurfaced ahead of the 2021 Islands Games, which will be held in Guernsey.