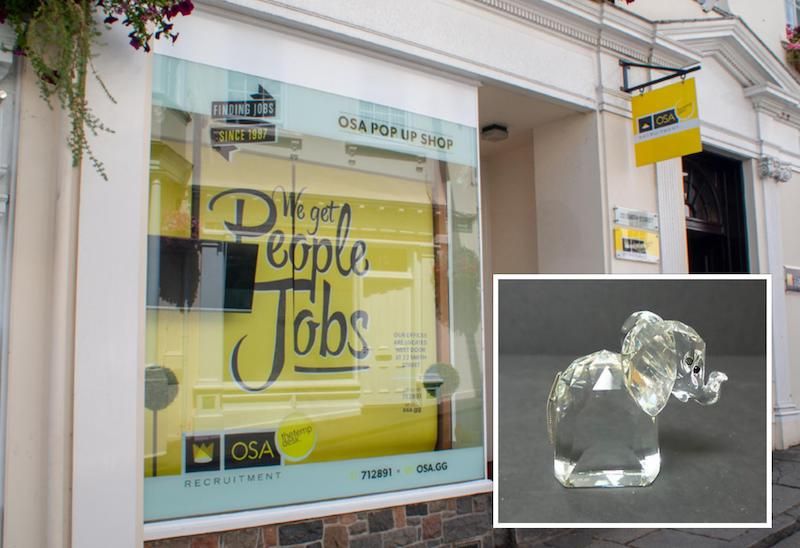 A woman has been left speechless and upset after someone stole a Swarovski glass elephant from her shop on Smith Street - an item she was looking to sell to raise money for charity.

The woman was last week's resident in the OSA popup shop. The unit regularly has different residents, all looking to raise money for a good cause by either promoting or selling something.

This woman, who wishes to remain anonymous, was selling her own things - that she had both collected and made - and giving much of the proceeds to charity.

The elephant which was stolen was a larger Swarovski item, and was worth more than the £50 she was selling it for, she said.

Throughout the week, a man came in repeatedly to look around the shop, and on Saturday, the woman noticed him once again.

"Every day he was in the same clothes - that is how I recognised him. On Saturday morning I looked down at my book and when I looked back up, he was there. He was standing by the window, then he came over a bought a doll from me," she said.

"For some reason, when he left, I walked over to the window and saw a gap where the elephant had been. It was gone. It made me cry, I was so upset. It was all my own stuff in the shop and I just dont understand why someone would do something like that."

Pictured: The elephant was about three inches by three inches, and was a larger Swarovski piece, according to the woman.

A statement said: "The Elephant is about 3 inches high and has a metal tail hanging down, this is unusual as most have crystal tails. If anyone has any information or is offered such an item for sale please contact either Crimestoppers on 0800 555 111 or PC 204 Shields at the Guernsey Police on 725111."

The woman is working with Guernsey Police to help the investigation. She said she hoped it was found so it could be returned: "I just can't understand it, why would people do something like this, that is so degrading. I suppose they just want something for nothing". 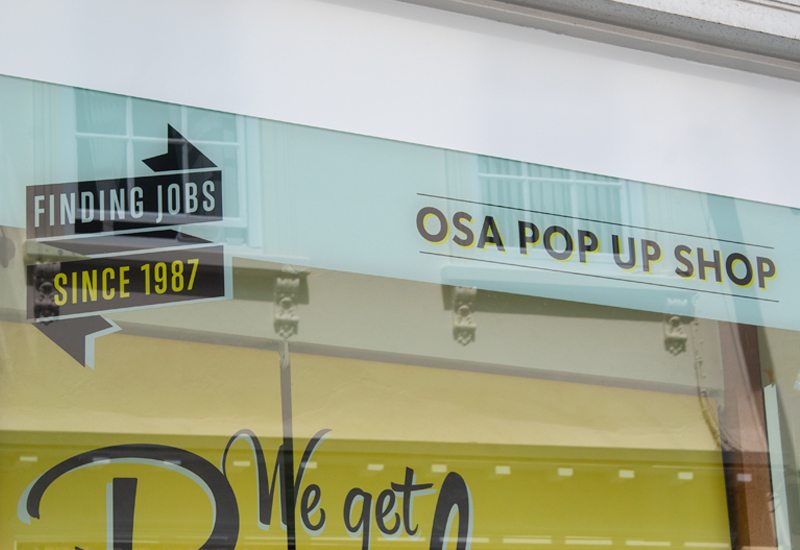 Pictured: The OSA pop up shop is on Smith Street.

Belinda Windsor, the Manager of the OSA popup shop, also said she was disappointed and saddened by the news of the theft.

"We were disappointed and sad to hear that someone came to our charity popup shop on Smith Street on Saturday 27 July between 9:00 and 9:30 and stole a £50 Swarovski elephant from a collection in the window display causing great upset to our shop resident and Pop Up Shop followers," she said.

"The shop hosts a huge variety of charities, community groups and businesses each week raising significant funds and awareness for many wonderful causes and charities on the island. It is often managed by volunteers and people who give up their time and who also donate goods every week to help the charity/community group of their choice.

"The person that did this clearly has no conscience to be able to come in and steal from a local charity that they, or indeed a family member, may need assistance from one day. Have they thought about that, probably not."

Pictured top: The OSA popup shop on Smith Street and a file image of a Swarovski elephant.