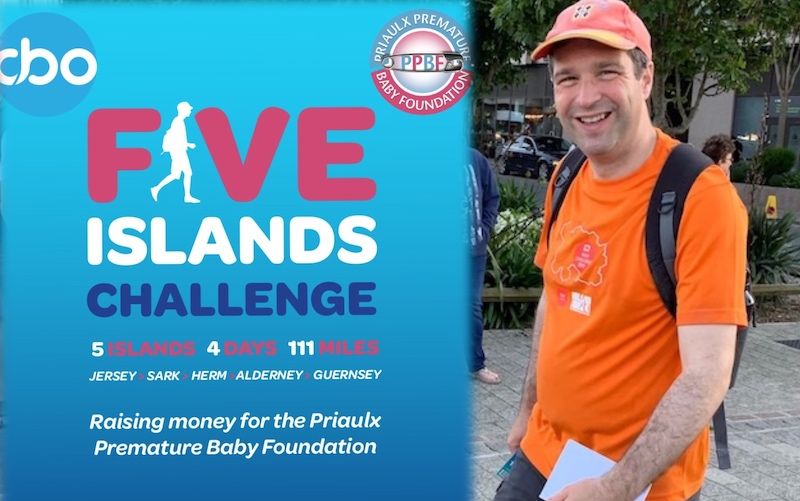 Ed Gowan’s five-island charity walk for the Priaulx Premature Baby Foundation is covering tougher terrain, as covid restrictions meant he has had to replace Jersey with a ‘Guernsey-Plus’ day.

Mr Gowan, a Director at CBO, is in the process of walking 111 miles in order to raise funds for the charity, which provides housing for Guernsey families at Southampton Hospital when they need it most.

He hopes to raise £5,000. Setting off on 28 July with a 'Guernsey-Plus' day, he headed to Sark and will complete the challenge with walks around Herm, Alderney and finally Guernsey, for a second time, on Sunday 1 August.

Due to the worsening covid situation in Jersey and changing restrictions there, he instead kickstarted his challenge by lapping Guernsey and then covering the cliffs again as far as Corbiere, ensuring that he covers the same difference, but on tougher terrain.

The idea of walking around all of the Channel Islands emerged during a social team call during the first lockdown in 2020.

"I’ve been training since the start of January. Each week I do a combination of early morning cliff walks - about an hour each - and then 1 or 2 longer cliff walks during the weekend." 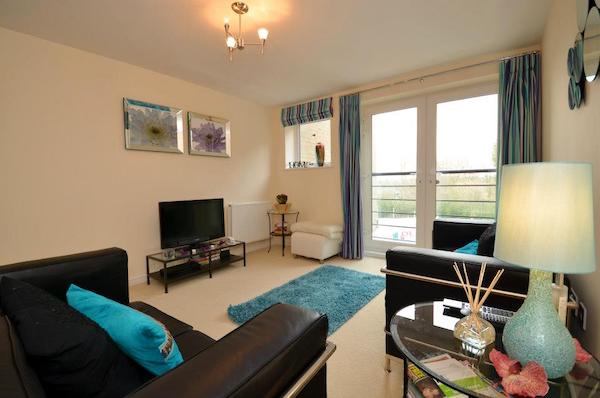 Pictured: Funds raised will go towards the PPBF compassionate housing – Aggie's Burrow, pictured, and Isaac's Pad – which are right next to Southampton General Hospital.

Mr Gowan has always been a keen hiker and has done the round-Guernsey walk every time it’s been run, since he came to Guernsey in 2014. He has walked the Offas Dyke walk (south to north coast of Wales), Hadrian’s Wall, and a number of 3-5 day routes across the UK. Further afield, he’s hiked in the Himalayas and Andes, and around Lake Baikal in Siberia.

Funds raised will go towards the PPBF compassionate housing – Aggie's Burrow and Isaac's Pad – which are right next to Southampton General Hospital.

They provide a comfortable, private safe-haven and help keep families together during the immensely difficult time when their child is receiving vital care at the hospital.

Mr Gowan explained that a number of his friends had benefitted from PPBF’s flats. Most recently they were a lifeline for CBO colleague David Palzeaird and his fiancée Abi, whose son Elliot went through extensive treatment there during the height of the pandemic.

"We were at a particularly low point when the PPBF were able to offer accommodation to us a stone’s throw from the hospital," said Mr Palzeaird.

"This solved a serious problem for us by giving us somewhere to stay that was very close to the hospital should anything go wrong no matter the time of day."

To make a donation towards Mr Gowan’s charitable challenge, go to: https://www.justgiving.com/fundraising/fiveislandswalk