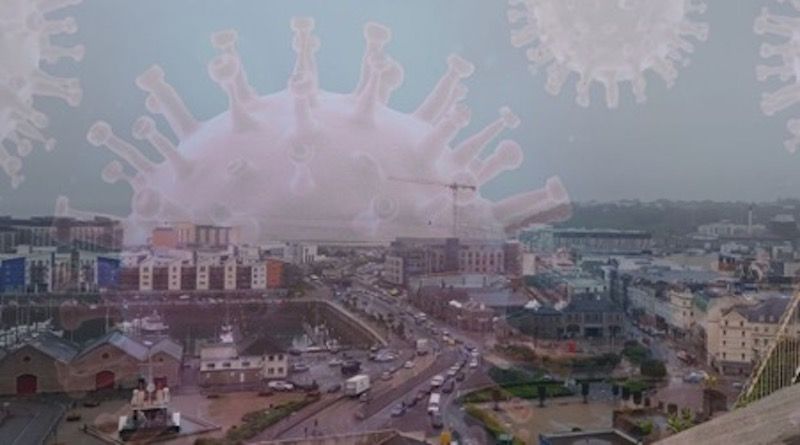 It was the milestone that no one in our sister Channel Island wanted, but everyone believed was coming: Jersey now has more than 1,000 active cases of corona virus.

The latest stats published by Jersey's Government record 1,019 current cases, with an extra 109 being found since yesterday, and 27 people listed as 'recovered'.

29 of those cases are in hospital, which is one fewer than yesterday, although the reason for that change has not been clarified.

66 are in care homes. All residents of homes who were able to have a test, and wanted to do so, have now had their first vaccination. The second will follow in 21 days.

Yesterday evening, the States of Jersey confirmed two more deaths in hospital, although it is not yet clear whether they were directly related to covid, or if the patient also had a separate condition. 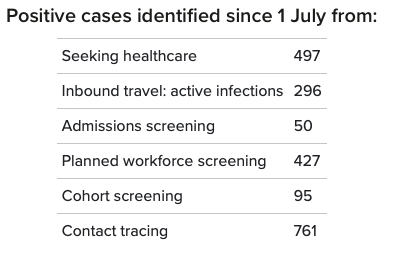 Last Friday, the government confirmed that at least two people had died as a direct result of having the virus.

32 of the new cases came from people who contacted doctors after feeling unwell. That makes a total of 637 cases showing symptoms,

3,711 people are listed as direct contacts of the known cases.

Last week the Chief Minister, Senator John Le Fondré estimated that the actual number of cases in the community could be about three times the number of officially confirmed cases, meaning Jersey is likely to have up to 3,000 people with the virus, or around 3% of the population. 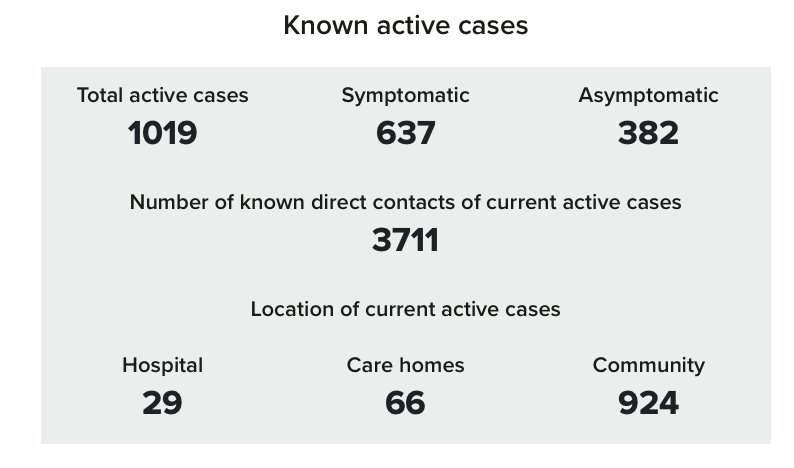 Pictured: The number of known active cases in Jersey.

The island looks on track to reach the 'worst-case scenario' total of 1,100 active cases by Boxing Day, which was set out by the Deputy Medical Officer of Health, Dr Ivan Muscat on 2 December, when he was explaining the rationale for a 'lockdown-lite' with the closure of the hospitality industry - which was intended to help stop the island reaching that position.

Since then, the Government has tightened restrictions even further, with stricter Christmas rules, and all UK arrivals being deemed to be 'red', meaning all travellers have to isolate for at least 10 days, and have three tests - that was in response to the new covid variant in the UK, which is thought to be 70% more infectious.