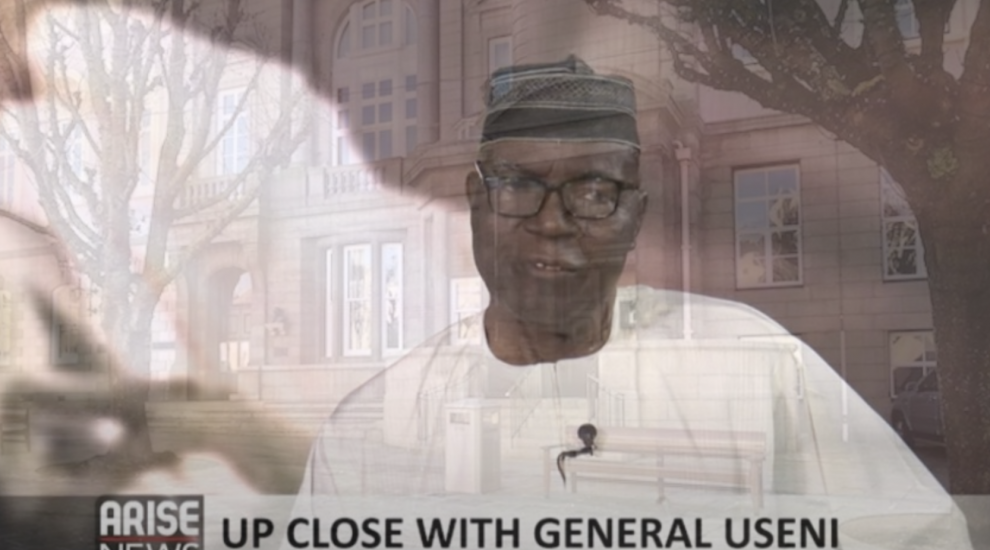 Jeremiah Timbut Useni has been a significant public figure in Nigerian politics for a quarter of a century, and was the second most senior officer under the rule of General Abacha between 1993 and 1998.

Gen Useni first opened an account in Jersey in 1986 in the name of ‘Mr Tim Shani’, who the general later admitted did not exist and he was the true account holder.

Over the next 15 years, money totalling £1.9m was transferred into four accounts held by ‘Mr Shani’ with Standard Chartered Bank.

In 2001, the bank wrote to Gen Useni – believing him to be ‘Mr Shani’ – informing him that changes to anti-money laundering legislation in Jersey had resulted in stricter regulations, including the need to have a certified copy of his passport.

In response, six months later, ‘Mr Shani’ requested that the entire balance in his existing accounts be transferred to a Nigerian bank, in which it transpires that Gen Useni was a shareholder. 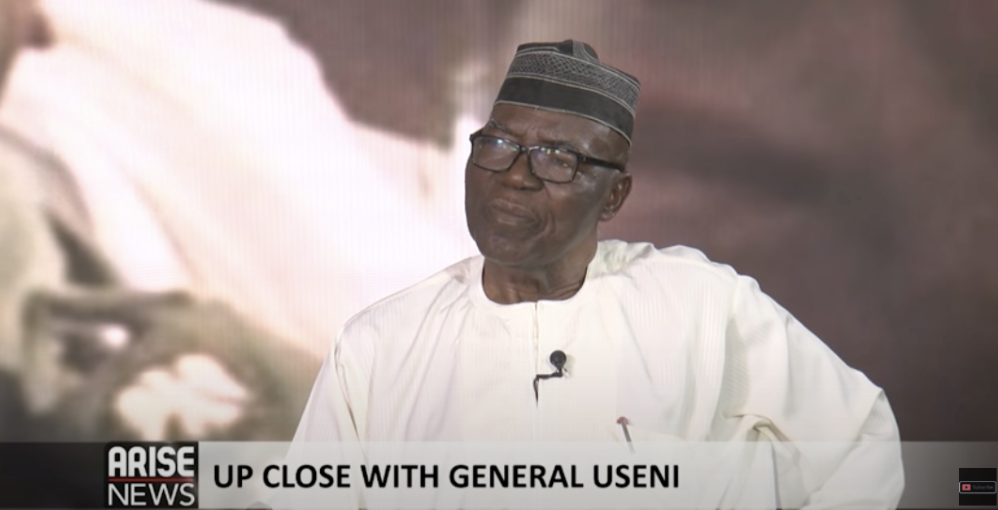 This request was rejected and in February 2003, the bank was refused permission to operate the accounts by the police’s Joint Financial Crimes Unit.

There followed several attempts by Gen Useni’s lawyer to unfreeze the accounts and, in 2007, Gen Useni finally identified himself as the true owner of the Shani accounts.

Giving his occupation as ‘Lieutenant-General’, he informed Standard Chartered that the main source of his wealth was derived from the profits of his multiple businesses, which included transportation, hotel hospitality, petrol stations, personal savings and property investment.

He said the reason for opening a Jersey-based account was for “security” as it was “necessary to hold a proportion of wealth outside of Nigeria”.

However, the bank asked Gen Useni to explain the source of the money and why he had transferred it to the accounts, as well as “supporting documentation to back up the provenance of the funds” and “a full explanation as to why the account was originally opened up under a different name”.

Although in correspondence the following year, Gen Useni said he dealt in “property investment where I sell some and put some in rent” and owned a shopping centre, two petrol stations and a domestic gas station, a farm and a rice mill, he provided no information about his income in the 1980s and 1900s.

He added that he had not set up the original account in a false name, rather he had used a ‘coded password name’ as advised by the person who had set it up on his behalf.

However, he did not explain why he had used ‘Tim Shani’, with Jersey’s Attorney General concluding that he did so in order to further distance himself from the ownership of assets that had a likely criminal origin.

In a judgment handed down this morning setting out its decision to order the transfer of the £2m into the island’s Criminal Offences Confiscation Fund’, the Royal Court said: “The Attorney General believes that the Shani accounts were created to hold, hide and conceal bribes or other proceeds of corruption received by Useni during the period he held office.

“The payments into the Shani accounts were more likely than not for the purposes or on account of exercising political influence over the award of lucrative contracts to foreign and Nigerian companies for the supply of industrial or commercial services in Nigeria.

“If this conduct had occurred in Jersey, it would have constituted the customary law offence of misconduct in a public office.” 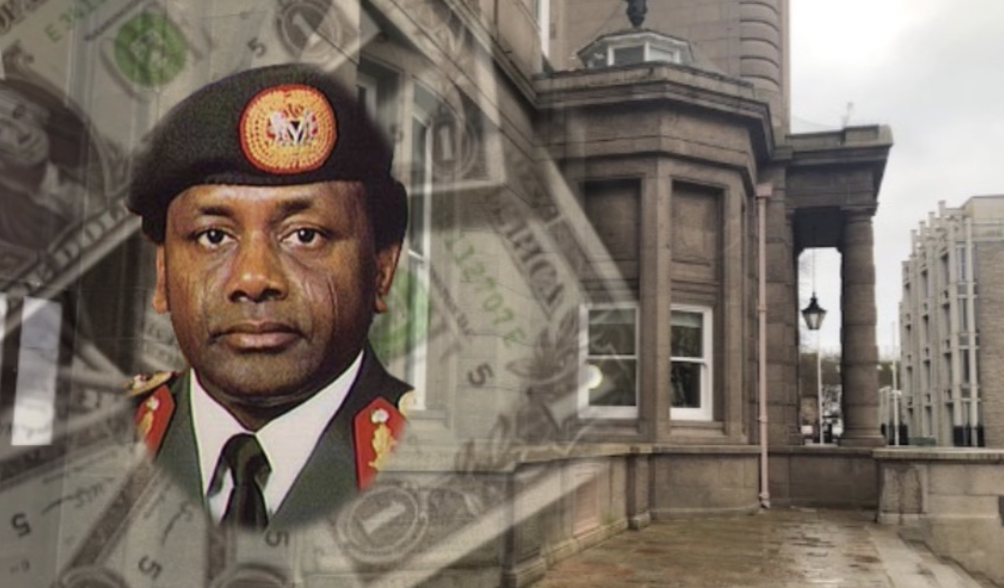 More than US$267 million, linked to a corrupt former Nigerian President Sani Abacha was recovered by Jersey in 2019.

Through a Jersey-based lawyer, Gen Useni fought but failed to prevent the seizure. In a written affidavit, he explained the source of the funds.

“In accordance with a culture of gift-giving in Nigeria, which is still accepted practice in Nigeria, government officials from time to time receive cash gifts from friends and well-wishers during festive seasons.

“The culture needs to be looked at in the context of when I was a government official, and at that material time, save there being a culture of gift-giving, there was no official code of conduct governing the issue.

“This could also be said to be true for the western governments, from what I know, so Nigeria should not be chastised or criticised for this.”

Explaining the use of a name of a fictious person to set up the original account, he said: “The primary reason for this again was nothing sinister, but for my own protection. As you will understand from reviewing Nigeria’s history, it has had a number of coups, and we are now on our fifth republic.

“The governmental regimes are unstable, and if rules came into office who were not friendly to my political persuasion, my wealth and safety could be on the line.”

He added that the money constituted savings for his retirement and there had not been a code of conduct in place in Nigeria at the time obliging him to declare it.

However, the Royal Court was not convinced by these explanations.

It said: “Essentially, [Gen Useni’s] case is that the source of the substantial sums paid into the bank accounts is cash gifts from friends, relatives and well-wishers on festive and other ceremonial occasions in accordance with Nigerian custom, but in the view of the Court it is simply not credible that friends, relatives and well-wishers would make gifts to [Gen Useni], as a public official, of such magnitude to allow him not only to accumulate millions in these bank accounts, but to acquire the very substantial assets he said he owned in Nigeria.

“It is an explanation that verges on the absurd.”

It also found that he been a code of conduct for public officials in place in Nigeria well before substantial amounts were paid into the Jersey accounts.

It concluded: “The affidavits of [Gen Useni] have not satisfied the Court that the property held in the bank accounts is not tainted property and on the application of the Attorney General, we will make a Forfeiture Order in relation to that property.

The Court also ordered that £45,000 be taken out of the amount seized to pay Standard Chartered Bank’s legal costs.

The Criminal Offences Confiscation Fund can be drawn on to support measures to prevent crime or paid out to entities with whom Jersey has an asset-sharing arrangement.

In 2020, Jersey returned more than £230m of money to Nigeria which had been laundered through the United States and the island by Gen Abacha.