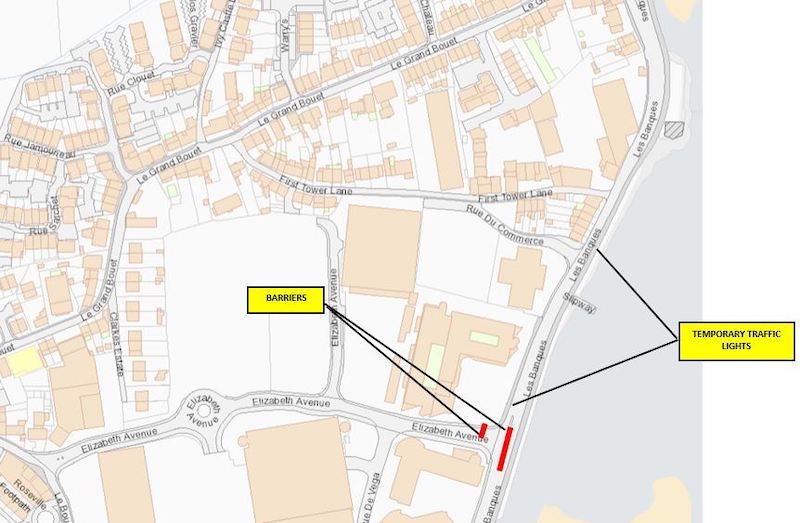 Temporary traffic lights will be going up along Les Banques tomorrow, with motorists warned to expect traffic congestion until late next week.

The temporary traffic management system will be going up at 07:00 on Sunday morning so that Guernsey Electricity can carry out repairs to a low voltage electricity cable.

The signalised crossing will be closed to pedestrians, who "should use other safe crossing points away from the works area."

A second set of barriers will be placed between the two traffic light islands along Les Banques and will be positioned to prevent vehicles turning right into Elizabeth Avenue.

It is estimated that the works will be completed by Friday 29 January. Guernsey Electricity's Head of Distribution Mike Lloyd said they will work long hours to get the job done as swiftly as possible.

“We wish to reassure the public that every effort will be made to complete the works as quickly as possible and apologise for the inconvenience caused," he said.

"Our team will be working extended hours and over the weekend to minimise inconvenience to local businesses, residents and road users.”

Pictured top: The proposed works along Les Banques, which are due to start on Sunday morning.